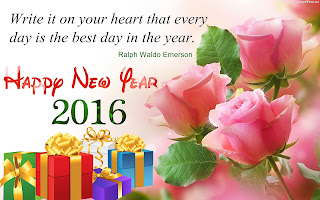 SPECIAL EVENT:
Write-on, Hoosiers rang in the new year with plenty of goodies to eat. Bev rang the New Year bell as well toasted to 2016, hoping for it to be the best writing year ever.

OLD BUSINESS:
A vote of approval for the November 19, 2015 meeting was first given by BEVERLY STANISLAWSKI and seconded by KATHRINE FLOTZ.

NEW BUSINESS:
SHARON PALMERI discussed the possibility of having some educational sessions at some of the WOH meetings.  Several suggestions were given:

BEVERLY STANISLAWSKI read two of her poems.  The first poem,  “Just a Paris Friday Night,” was a four stanza Pantoum poem telling of the recent terrorist attack in Paris and how it destroyed what was to be an enjoyable Friday night with friends, now changed to a panicked people.  The second poem, “Ol’Blue,” was a six stanza poem that had taken Honorable Mention in a Kentucky Songwriters’ Contest.  This poem tells of trying to train a dog to no avail because he was “dumber than a stump.”

ADAM SEDIA read his six-stanza free form poem entitled “December 31.”  The poem tells a story of the preceding year with all its “woes and joys” and looking forward because “what lies behind cannot be otherwise.”

SHARON BUCKMAN continued with four pages of her sequel, Beyond the Canopy.  In this part of the novel, Harold discovers his dad’s deception, and finds it hard to believe.  He has yet to discover how far his father has gone to help his dead friend.

PETE IUSSIG read his six-stanza poem entitled, “The Chosen Few.”  This poem tells of all the “unsung heroes who protect without glory,” including firefighters, policemen, teachers, nurses and our military.  This poem was also chosen to be read, and rightfully so, at a few Veterans Day events.