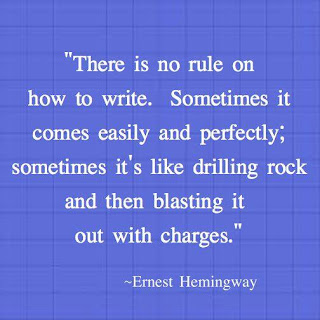 A vote of approval for the June 6, 2019, minutes was given by CAREN VON SEE and seconded by KATHERINE FLOTZ.

AL KOCH shared that his book was sent to his publisher and should be in print soon.

Katherine Flotz read a poem from her book, A Pebble in my Shoe, that she wrote after her father left for the army. Her family prayed for him every night, as they recalled their father’s smiling face, his loving touch, and their tears. When he left, he did not know that he wouldn’t return.

Dennis McLean read an excerpt from his book, The Eye of the Gift Horse, about a young boy, Sidney, and his sister, Maddie, who stayed overnight at their grandmother’s house. Sidney entertained his grandmother with his superman antics.

Caren Von See read the first four pages from Chapter 14 of her book, My Treasure Chest. Excited, Antonio explained the upcoming location they were to visit on the cruise they were taking to celebrate their second anniversary.

Valia Hardarshan Singh read two poems—“Beyond Reach,” about his joy in recalling childhood memories, and “Tale of Two Coffee Houses,” where a poet was inspired by other renowned poets who, long ago gathered at the same coffee house from various corners of Kolkata. He described the poetry as fallen-leaves of poetry chips.

Marilyn Kessler in the forward of her book, a woman speaks from the grave as she recalls her life, as well as the person she loved and married. The ghost wondered if people would remember her for his kindness, her gentleness, of maybe just her name…Harleen Harrington Adam.

Bob Philpot read from the first chapter of his book, Strange Friend about, Zeb, his main character, who is secretly observing the events as they unfold. Two men are forcing another man to dig his own grave at gunpoint in the desert. After accessing the situation, Zeb fires his rifle and kills one of the two men who are watching the captive man dug his grave.

Beverly Stanislowski read an excerpt from her short story, The Decision, about a man named Stefan, a member of the Arditi (The Royal Italian army elite). As the words of Signore Maggiore, rang in his ears he paused while crossing a bridge. The bullet that whizzed past him grazed his cheek, leaving a scar. Stephan felt that the medal he received did no symbolize his bravery, but his foolishness.

Sharon Buckman read a story about Sharon and her husband, Ray, meeting their new neighbors, Jean and Mike Henry, when the Buckman’s paid a visit to their cabin. The two couples shared coffee as the chatted about the Buckman’s experience of building their cabin. The next day Sharon tried to go fishing. As she stepped onto the pier, she realized the pier was floating and not secure. She explained the floating pier to Ray; he laughed. Later that day, Sharon lit what she called, “a real white man’s fir.” Ray threw the stove out along with the shelf, groceries and all. Instead of bacon and eggs, they had cold cereal for breakfast.

Helena Qi read an excerpt from chapter one, titled, “Lake Como.” Helena and her family were on their way to Italy for a two-week expedition. Mussolini fled Rome after WWII with the hope of escaping over the Italian Alps into Switzerland. The unscrupulous conductor charged Helena a second time for their tickets. Helena’s family stayed in the village called, Verena, is a charming town, called, The Pearl of the Lake. It.is charming.  When Helena’s husband requested a refund for the second set of tickets, he was told they weren’t refundable. The conductor lied. Still and all, Helena sad it was a good trip. 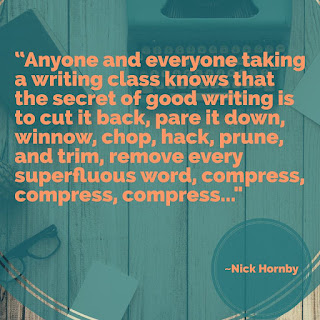 A vote of approval for the May 2, 2019, minutes was first given by CARON VON SEE and seconded by KATHERINE FLOTZ.

No meeting on July 4!

A vote to keep the banquet in the spring was affirmed, and Al Koch recommended taking the banquet picture at the beginning so we don’t miss members who have to leave early.  Sharon Palmeri also recommended a holiday get together.

AL KOCH shared that his book is currently in progress, albeit having issues with Technical Publishing Elements.  We all eagerly anticipate it being complete.

AL KOCH shared “Remembering Mrs. Harmon.” In this memoir about a childhood experience, a child works diligently for a neighbor and is rewarded with not just the usual pay, but also a treasured gift, which allows him to learn many valuable lessons.

MARILYN KESSLER read “The Red Germanium” based off the writing prompt posted on the Write On Hoosiers site.  In this version, an older couple is vacationing in a resort area of Florida.  While they are gone, after hearing all the wonderful things about their new location, their kids and grandchildren remodeled their home.  Now, they have to decide whether to stay or go.

DENNIS MCLEAN read the first four pages (Prologue and beginning of Chapter 1) from The Eye of the Gift Horse in which we are introduced to the main family in the story:  Grandma Alice, mom, dad, Sidney, and Maddie.  In this scene, they are late to the house because the dad couldn’t find his keys.  We learn that Grandma Alice helps balance Sidney’s behaviors.

TIM PHILLIPART read four free verse poems.  The first, “When Writer’s Block Breaks” compares the feeling to a fish coming off the hook to arrive back in the water.  “Cure for the Tepid” explores what would happen if the moon was really the stopper of a tub and it were possible to get sucked out into the sky with the retreating water.  “I Write the Check” expressed the feelings we experience when a friend tree has to be cut down.  Finally, “Master” plays with the idea of who really is the master in the person-dog relationship.

BEVERLY STANISLAWSKI  in her poignant poem “Homecoming,” perfectly captures the feelings one experiences when returning to a childhood home only to be confronted with all the differences between the current reality and the memories one has in a place.

SHIRLEY VAUGHAN continued reading Chapter 1 Tarueus from her novel entitled The Path of Their Existence.  In this section, we receive introductions to several main characters, both the military members who are flying back to base and two couples who are watching a band perform.

JOHN HUNT shared pp. 9-12 of The Sparrow’s Sad Song.  In this section, Ryan wakes up in the hospital where they are getting ready to take Caity out to airlift her.  He makes sure to apologize for the words he said before she is taken away.

CARON VON SEE read the Conclusion of Chapter 13 of My Treasure Chest.  In this section, Sara and Antonio discuss Sara’s meeting the ghost of Antonio’s aunt.  He’s trying to help her make sense of what happened in the attic and what they can do to court the favor of this ghost and calm his wife’s fears.

MIKE RIPLEY read the start of Chapter 1 of A Higher Self, which her wrote after seeing a gallery image of a woman made by overlapping images.  He began to wrestle with the concept of what it means to become your higher self and where all that you shed in the process goes. In this chapter, we are introduced to John and Jody who live on a 6th floor apartment in Chicago.  Jody has walked home in the driving rain, despite her rheumatoid arthritis.  John gets home soon after, having taken a cab.  Jody is considering a trip to California to see her parents.

DANIELLE JOHNSON read a section of Chapter 2 of her book Love, Death, and Socialism.  In this section, students are broken into groups to do a project on other countries in the Soviet Union.  The group we are observing contains a party member’s son, a shy girl, a quiet boy, and an anti-party girl.

HELENA QI read a speech script entitled “While Waiting” reminiscent of John Milton’s line in “When I consider How My Light is Spent” which states, “They also serve who only stand and wait.”  In this speech, she describes the process of moving from a church disbanding to the process of waiting to re-establish fellowship.  She also reminds that like Old Man Sai, we cannot always decide what is good or bad initially.