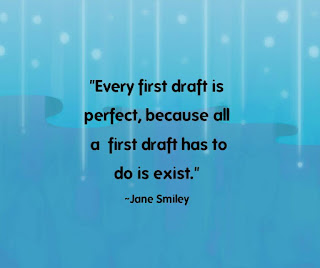 A vote of approval for the May 3, 2018 minutes was first given by MARILYN KESSLER and seconded by TIM PHILIPPART.

AMY BRAILEY read the first half of her short story entitled, “Stranded.”  The story, which Amy’s students will finish, began with a young woman named Serenity stranded on a tropical island.  It was now her 100th day on the island and she was so lonesome she had begun talking to herself.  As this part of the story ended she found a human footprint by the rock she was sitting on.  The footprint was accompanied by the footprints spelling out “Happy 100th day.”

AMY CLITES read two pages of Chapter 1 of her novel, “Inside Chance.”  The story begins with a young woman walking down the street.  Hearing various sounds in her ears she grabs her Walkman out of her pocket and placed earphones on both ears.  Fearing she is going crazy she tries to remember what her grandmother had taught her, to imagine bad thoughts are drifting away, like dandelion tufts.  She later runs into a boy on a skateboard who knocks her down along with all her books.

MARILYN KESSLER read three pages of her short story entitled, “Three Little Words.”  Her story relates to how three little words can forever change your life.  The basic words she chose were, “I love you,” Let’s get married,” It’s a girl,” It’s a boy,”College of DuPage,” I’m leaving home,”We are moving,” Dad has died,” and “Mom has died.”  There were a few others but all together they told a story.

RUTH ANN GRACZYK read her two-page short story entitled, “Where is My Brother.”  This true story relates to what preceded her brother’s disappearance and the trouble he had encountered with the police.  The woman he had been living with told Ruth Ann that she had him arrested the night before because he had choked her and pushed her off a second floor balcony.  After trying to post his bail she found out he had contacted a fellow church member and had already been released.

TIM PHILIPPART read five short poems.  The first, “Trees at Sunset,” told of the beauty of the sunrises and sunsets.  The second poem, “Ground Fog,” relates to fog as a giant and later to ground fog.  The third poem, “Finch,” tells of the finch flying from limb to limb before the “cat” approaches.  The fourth poem, “From Dune Park to Van Buren Station,” is a four stanza poem tells of the ugly backyards of Gary as he rides through on an electric train.  The fifth poem is a five-stanza poem entitled, “When I Was Eleven,” tells of Mrs. Grace, a retired librarian who loved peonies and how he now mows around them as he thinks of her.

CAREN  VON SEE read three pages of her novel, My Treasure Chest.  This part of the novel tells of an event which had terrified Sara after leaving a church in Rome.  The following day they would leave for Tuscany where she would live with her new husband and learn a new language and a new life.

REBECCA JUERGENS  first read a two page short story entitled, “The Boy on the Stairs.”  The story told of a young boy’s remembrance of his grandmother and his visits with her as he sits on the steps of a smoke filled room, watching his grandmother and her friends playing a card game.  The second story, “Snapped,” is a flash fiction story of 150 words telling of a wife’s abuse as her husband backs her up against the bathroom wall, choking her.  It ends with her pulling a knife from her back pocket and leaving with her son.

CYNTHIA WILSON  read four pages of her novel , “Imagine Heaven.”   This is a true story of a minor surgery gone bad, leaving a young mother in a coma for seven years.  Following this terrible event her young son and grandmother were killed after being hit by a train as they tried to cross the tracks going to his school. 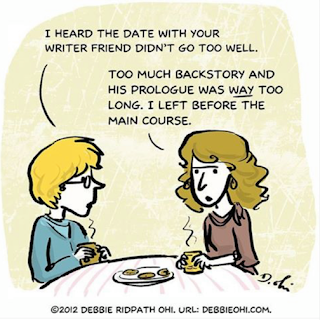 A vote of approval for the April 19, 2018 minutes was first given by TIM PHILLIPPART and seconded by RUTHANN GRACZYK.

SHARON PALMERI passed out literature to the members on “How to Write a Narrative Poem.” The literature gave tips for writing a narrative poem, a poem that tells a story.

TIM PHILLIPPART stated he had attended the poetry fest at the Harold Washington Library in Chicago and enjoyed the all day festival very much.

ADAM SEDIA mentioned that he is looking for a publisher for his newest book,
READINGS: The Last Pharaoh.

TIM PHILLIPPART read a two page short story entitled, “Of Rats and Bats.” The story told of a young boy that was so scared of rats that he always carried his baseball bat with him.  One day he approached a pile of junk cars and knocked out the head light of an old Studebaker, thinking it must certainly be hiding a rat.  When trying to make a fast getaway he dropped his bat, a bat his mother retrieved when they moved.

SHARON BUCKMAN read her five-stanza poem, “Rhyme Time.”  The poem tells of the loss of being able to find inspiration to write a poem, until the long awaited spring arrives and there it is.

SHARON PALMERI read her fourteen stanza poem entitled, “She.” The poem, inspired by her roadside stop in Colorado, told of a young maiden sitting beside the Shoon River gazing at the mountain in front of her.  After telling the mountain that she would not leave her, she steps out of her moccasins and jumps from the cliff to the river below.

ADAM SEDIA read the poem he had written for the Lake County Bar Association entitled, “We, the Knights.” The poem, written as his departure statement, tells of the constant trials lawyers face and ends with the final statement, “The knights who pledge to fight for Law are WE.” A second poem, “April,” is a four stanza poem telling of the fickle season, April, due to its inconsistency.

BEVERLY STANISLAWSKI read two of her award winning poems.  The first poem, “Soldiers of the Corn,” was a three stanza poem comparing a field of corn standing at attention until a large combine appears, reaping through it’s ranks, leaving only shredded husks.  The second poem, a sonnet entitled, “Mom’s Not Right,” begins to tell of her mom not being like her friend’s moms but then telling of the wonderful things her mom did for her family.

AL KOCH read his one page short story entitled, “X-Marks the Spot.”  The story tells of the importance of various letters of the alphabet  and describes how inseparable some letters are, such as QU replacing the letter K.  The end of the story, naturally ending with the letter X, tells of how very important this last letter really is.

CORRI STEPHENSON read her four page short story, written for Fan Fiction.net,  is entitled, “The Uprising,” and describes a change in the Harry Potter series as Harry enters the doors of the Great Hall and encounters a sign reading “Don’t touch anything and get out!” Harry also notices a small golden birdcage hanging from the door handle.

PAULA STEPHENSON read one of her favorite poems written by Robert Frost, “Nothing Gold Can Stay,” describing nature’s first green as gold and ending with “Nothing gold can stay.”

CYNTHIA WILSON read her one stanza poem entitled, “Aggressiveness.”  The poem describes the various beautiful colors of the monarch butterfly to the colors of life.
The meeting adjourned at 7:45 P.M.