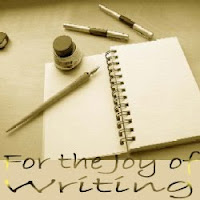 NEWS:
l. Sandy Lundin stated she has started writing a memoir for Mr. Ned Zelkovich, a Serbian refugee captured during World War II and held in Germany from the age of l5 to l8 yrs. old. Now in his 80's, he has led a very interesting life and Sandy is enjoying relating it.

2. Kathy Flotz, after visiting their cottage in Wisconsin, came back to attend a Historical Society meeting in Pecatonica, Ill. Kathy and her husband, George, were then given a pleasant surprise when they attended another speaking engagement for her book, "Pebble in my Shoe." The children at the Jane Adams School in Chicago, met them at the door with flowers and then ushered them into a room where they had assembled a replica of Kathy's hometown, Gakowa, Germany. The replica was assembled without the aid of pictures, only by Kathy's description in her book. They have attended many speaking engagements - I'm sure this one was the best.

3. George Miga stated he has been working on two different query letters for his book, "Spin Doctor." He also brought his laptop along so he might play the trailer (short video) that Kathy Flotz's granddaughter had made up in school concerning Kathy's book. It was very well done.

5. Arthur Wilkerson has continued with his poetry that he enjoys writing, mostly for friends who have passed away and then given out after their funeral. He has also begun a book entitled: How The Donkey Got Religion.

6. Cathy Dziubla just returned from her vacation which included a trip to Maryland to visit family. She plans on getting back to working on her book, "Sean O'Hara and the Child Leprechaun."

7. Rudy Foresta, a recent student of Sharon Palmeri, lives in Dalton, Ill. but was raised in Chicago. He stated he is an avid reader and enjoys writing short stories. He is now working on a novel.

8. Sharon Palmeri has been working with Kathy Flotz and several others on a children's writing project committee for the Indiana Writers’ Consortium. The project is still in planning stages but she hopes that they could get a grant for a contest, awards night and printed magazine. She has also been attending the Great Lake Award Initiative (sponsored by the Legacy Foundation) which focuses on flexibility and perfecting the roles that are important in creating and sustaining robust nonprofit organizations.

9. Sharon Buckman stated she has been busy gardening, assembling some of her past stories for revision and babysitting for her grandson.

KATHY FLOTZ read her short story entitled "The Adventures of Mikki and Mini." It is a story of two little mice (as told by the mice) of the hard time they had trying to find a nice warm place to spend the winter. It is probably not a story you would want to give to your grandchildren to read, however, since it had a very sad ending.

GEORGE MIGA read the two query letters he had written concerning his book "Spin Doctor." Both of the well written query letters were critiqued by the other members and it was decided that he should probably send the second letter. The second letter had a much more direct and descriptive approach.

JESSICA BARD read her short story "The House Brownie". House brownies, we found out, are "little elves that can turn into a Bogart (a mischievous brownie) if they are not well kept". The story had a happy ending since Mistress Jenna found a way to keep the little elf happy.

ARTHUR WILKERSON read his poem "The Blood Red Rose." The poem was in memory of Donna Springman, a friend of Arthur's, and told of the special love she gave and how it changed most everyone simply by her presence.

BEVERLY STANISLAWSKI first gave a description of a traditional pantoum and then read her example of a pantoum entitled "Yesterday's Album." The poem was very well written, of course, and decided by most members that it was a poem too hard for them to try.

CATHY DZIUBLA read a short story of her trip to Maryland this spring. The story "Spring In Maryland," told of the blossoming cherry trees and the delight of most of the people she encountered. She believed that the exuberance of most everyone related to the long, especially hard winter the Maryland residents had encountered. She also told of witnessing an African American couple coming down an escalator and the husband bending down to talk to the unborn child his wife was carrying.

RUDY FORESTA read his story entitled "The Escape." Rudy's fictional story had originally been written as a project in Sharon Palmeri's class and told of a man entering a large building and leaving the reader to guess, from the various clues given, just what type of building it was. Very few got it right until he was asked for his "library card." 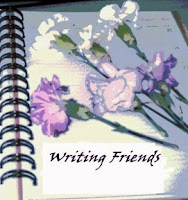 ANNOUNCEMENTS:
Tom Spencer announced that they would be having an "Open Mike" at the Comfort Inn in Hebron, May l4th from 7:00 to 9:00 P.M. The purpose, after signing in, is to have an audience for your work as well as being critiqued, if you so desire.

NEWS:
l. George Miga stated he has not been able to get to his writing, his favorite pastime. Instead he has been busy getting caught up on work and exercising. He has not yet heard any responses from his previous submissions of short stories and is still looking for an agent for his book "Medal of Dishonor."

2. Pamela Gonzalez has been having knee problems and is contemplating surgery. Her writing has had to take second place through all of this, however, she was able to write a memoir for Sharon Palmeri's class. She also stated her husband will be coming home from Iraq next month. Possibly, after everything gets back to normal she will be able to get back to the writing she loves the most, fictional stories for young adults.

3. Chuck Brown's father just recently passed away. With all the details this entailed he was forced to put aside the research he had been doing for a book concerning real history found in poetry.

4. Tom Spencer stated he has been busy writing every day. He also reactivated his membership in Writers' Village University (on the internet). He stated he was one of the original founders, sometime in the l980's, which now has a probable membership of approximately 200. This was of great interest to several of our members since you are able to go online for the various classes and work at you own leisure.

5. Jackie Huppenthal submitted several entries to the Prairie Writers' Guild (out of Rensselaer, In). She later read one of her submissions entitled "Indiana Corn." We had all forgotten so much could be done with corn.

She also stated she had taken first place for the poem she sent to the David L. Harrison Word of the Month contest and is presently thinking of trying to self publish her book "Fractured Fairy Tale."

6. Sharon Buckman has been busy trying to revise some of her short stories.

READINGS:
Tom Spencer entered his revised poem "Co-habitation", originally written several years prior. It was a beautiful poem centering around the fall months and the "wake of sleeping souls." It was enjoyed by everyone.

Chuck Brown read his one page entry entitled "Courage." It concerned the amount of courage required for a young boy to dive off a high diving board into a pond and surrounded by all of his friends. He was encouraged to continue with it since we all thought it would make a good short story.

Jackie Huppenthal read her poem, "Indiana Corn." The seven stanza poem, we all felt, was a perfect submission for the Prairie Writers' Guild.

Sharon Buckman read her revised poem entitled, "Procrastination." The poem, as the title states, told of how we all fall into this category and later told of the consequences.

The meeting was adjourned at 8:l5 P.M.