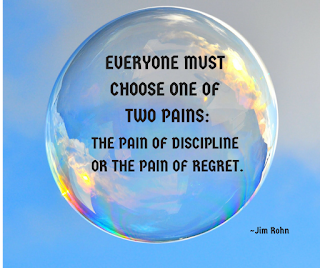 WELCOME BACK:
Two past members, Lisa Groszek and Neil Bedeker returned. Since we have many new members since they last attended, we did a round of introductions to get acquainted.

A vote of approval for the July 6, 2017 minutes was first given by REBECCA JUERGENS and seconded by CAREN VON SEE.

Amy Brailey attended the Lilly Grant Summer Conference. She applied for and received an Individual Artist Grant to help with research for her George Washington story.

Rhonda Jeremiah-Garcia has published two books and is working a third. Al Koch is continuing his speaking engagements.

CAREN VON SEE read her first attempt at writing a screenplay with the help of three associates. She wrote a four and a half page play based upon her short story DARK MOON RISING, a story about a young African boy who is sent out to prove his manhood and his ability to lead his nation.

BOB PHILPOT also read his first attempt at writing a screenplay. Zeb, the main character, stops at a country store in Hyder, AZ., to get some gas and food. While chatting with the crotchety owner a bristly Mexican man enters the store and delivers a cautionary message from his boss to Zeb.

NEIL BEDEKER read a segment from his screenplay, “TORCH KEY,” which starts out with Joe Dougan, in his vehicle in Jacksonville, Florida conversing flirtatiously with his dispatcher. Joe breaks off their chitchat to pull over a suspicious character with a tail light out. Following that Joe, feeling a bit jittering, pulls off the road behind a gas station and ends up trying to help a woman held captive in a van. In the altercation, he gets his left foot shot off.

BOB PHILPOT’S topic discussion was from page eight of the Writer’s Digest Booklet, titled, Breaking Out Today. His category was CREATIVE OPENINGS. His sample opening was a dialogue in which two characters asked questions of one another.

BEVERLY STANISLOWSKI read a delightful poem titled, “THE WOLF’S BANE.” The premise was that writers use characters from other children’s literature and poem.

AL KOCH read a wonderful story called, PARTING WORDS, about the moments when people say goodbye explaining that life is a series of beginnings and goodbyes; and no matter the numbers of years, we never quite get used to saying goodbye. After a change in his teaching position from a shop teacher to a special Ed teacher, Al’s taught his last class. He helped in the growth and developed of eleven extraordinary Special Ed students; this last goodbye was very poignant.

KATHERINE FLOTZ read a heartwarming personification story, entitled “THE HOUSE ON THE LAKE,” about the lake house she had owned for over forty years and had just sold to a new family. She will see the lake house for the last time this weekend.

LISA GROSZEK read her two-page story entitled, “CLEAN FIND”, about a young man who was cleaning the house and wondering where his female partner was. As he cleaned, he wondered about why she had been distant lately. He learned why when he discovered a picture of her with another man. Shannon returned home to find boxes of her personal belonging in the driveway with the picture taped to the top box.

HAYLEY HARDIN read three pages from her “fan fiction” piece entitle “KARMIC INTERFERENCE,” which is about Marie, Emily’s beautiful and engaging sister fussing at Emily being way too engrossed in the Harry Potter books. They were exact opposites in stature, looks and attitudes and were adversarial.

LUNEIL MORROW read two and a third pages of her children’s book entitled “BARTY, THE VAMPIRE SLEUTH.” Barty is a young, new vampire who is just learning the ropes. He vacillates between human and vampire traits and is over zealous about learning. The story is full of comic relief and delightful.

AMY BRAILEY wrote another “prompt” story to be added to the book of prompts she is compiling for junior-high students. This story, “D.O.A.” is about a woman, Meagan, who wakes up and doesn’t know where she is or that she is dead. 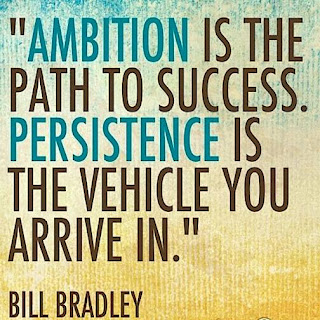 OLD BUSINESS:
A vote of approval for the June 15, 2017 minutes was first given by CAREN VON SEE and seconded by RHONDA GARCIA
NEW BUSINESS:

Since we had two new guests and a few of our members hadn’t met each other, it was decided that each member would introduce themselves to the guests.

GEORGE MIGA stated that he had finally gotten his book, “Medal of Dishonor,” published.  This was a novel that most of our members were familiar with and all applauded when we were told.

SHARON PALMERI opened the program by explaining how writing a script may help writers who struggle with writing dialogue, and may help them get more familiar with their characters. She discussed elements of screenplay writing and explained the difference between screenplay writing and play-writing.  Sharon loaned members a booklet of information on screenplays that included several articles on the subject -- beginning with an Interview with Michael Hauge, entitled “Essential Elements of a Successful Script.” Sharon explained that these elements were also necessary for writing good novels. She also stated you must belong to the Screenwriter’s Guild to even have your screenplay looked at or considered for purchase by anyone well-known in the movie industry, (unless you have a personal contact, or "know someone in the business." She also gave members a booklet called Breaking Out Today – Tips and Techniques to Quantum Leap Your Writing Above and Beyond the Literary Pack.  In addition, she also passed around two books on writing screenplays. Sharon ended the program by asking members to try to convert one of their short stories (or part of one) to a screenplay. She emphasized that this was NOT an “assignment” but a suggestion or challenge to help writers with dialogue and getting better acquainted with their characters.

BOB PHILPOT read four pages of his novel, Strange Friends.  This part of his novel starts with Zeb entering an old western store for a drink.  The old owner of the store told him there had been a man coming into the store earlier looking for him.  The man looked like a “ugly cuss” that might mean harm.  Upon telling this to Zeb, the man entered the store, telling him that he had a message from Don Miguel saying that he had no problem with Zeb killing a man named Raul.  He had come in peace.

CAREN VON SEE read her four-page short story written from a prompt on our W.O.H. Facebook group page.  The story, entitled, “The Egg,” began with Charlene returning home to find the house door opened, most of her furniture removed, and rooms trashed.  Vowing vengeance she sought out her ex-husband, telling him she knew what he was really after.

KATHY FLOTZ read her free verse, five-stanza poem, entitled “The Awakening.” The poem, written several years prior at her cabin in Michigan, tells of awakening in the morning to the sounds of birds singing, woodpeckers hammering and all the birds “proclaiming their praises.”

DONNA ECKELBARGER read her one page children’s story entitled, “Penny, Don’t Forget Your Library Book!”  The story tells of five-year-old Penny trying to get ready for school and having to fight each morning with her bed, who keeps trying to stop her.

DIANE STRATTON read her two-page short story entitled, “That Concert of My Dreams.”  The story tells of true events when she went, with a friend, to see her favorite country star Eddie Rabbitt.  Before entering the Star Plaza Theater they get invited into the trailer which the stars traveled in – which turned out to be Dottie West’s band.  Before they left that night Dottie West befriend them and invited them for a back-stage view or the show. She left the show with a great deal of respect for Dottie, and she became a favorite singer of Dottie West. Oh, yes – she and her friend did see Eddie Rabbit, who completely ignored them as he walked by.

AL KOCH read his hilarious two-page short story entitled, “Laughing Sheep.”  His true story told of his time as a teacher when one of his students asked him where steel wool came from.  He decided that telling them the truth was much more boring than the story he told them that steel wool actually came from a special breed of sheep, and of how these certain sheep almost became extinct, due to rusting.