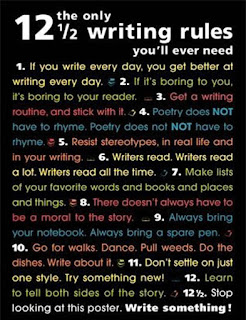 A vote of approval for the January 19, 2017 minutes was first given by KATHERINE FLOTZ and seconded by MARY ELLEN BEECHER.

SHARON PALMERI asked the members if they would be interested in repeating the “Topics of Discussion.”  This was something WOH had done in 2016 which involved various members, and other guest speakers, discussing topics that were of interest to our members.  This was done during our regular meetings and the discussions usually lasted about 20 minutes.  The members seemed to be interested in repeating this.

KATE RYAN mentioned a Story Telling Workshop that she and ROGER BATTON belonged to.  The next workshop will be held on March 4th, from 10:00 to 4:00 at the Old Depot in Hobart, Chamber of Commerce.  There is a fee of $35.00 for those attending, you can take your lunch or buy it there.  More information can be found on their website, http://www.indiganstoryteller.org/ .

BEVERLY STANISLAWSKI mentioned that the Lake County Library gives help to those that are interested and need help with their Ipods, computers, etc.

BOB PHILPOT read four pages in Chapter 9 of his novel, Strange Friends.  This part of the novel began with Zeb making a phone call to Frank, his ranch foreman, asking him to come back to the ranch.  Zeb was not happy to have his romantic interlude being interrupted but he needed to head back East to headquarters for an unspecified situation.

BEVERLY STANISLAWSKI read two of her poems, the first, “Hey, Shakespeare!,” was a  five-stanza, quatrain poem that dealt with a number of questions, posed to Shakespeare, as to why he wrote some of the things he did.  The second poem, “My Own True Love,” was a Petrarchan Sonnet that told of a love lost, but a lesson learned, as she would now look for another.

SHARON BUCKMAN continued reading three pages, nearing the end of her novel sequel, Beyond the Canopy.  In this part of the story, Harold’s father Max, decides to end his problems by setting fire to Sally’s house, with Sally and Anne in it, in retaliation for what he believes Sally has done to ruin his life.

KATHERINE FLOTZ read two pages of her memoir, “The Boy at the River’s Edge.”  The story began in May 1945 with the boy and his family trying to leave the Russian zone of Germany for the American zone, but were forced to head towards Yugoslavia.   The journey the boy endured finally ends in America.   The story also involved a miraculous reunitement with his father as the family sees him out the window of their train while it is stopped at a train station.

REBECCA JUERGENS read two pages of her novel, Bus Stop.  The story begins with a young boy and girl, Kale and Teagan, waiting to board a school bus as two guards stand at the entrance.  They watch as an elderly man boards the bus and asks the driver where they are going.  They continue watching as this man is knocked off the bus and killed by the waiting guards.

KATE RYAN read three pages of her story, “Stowe School,”  taken from a full-length monologue entitled, “Class Work,” that she wrote and performed in Madison and Milwaukee, Wisconsin.  The story told of her first job that she had found in Vermont at the Stowe School, a co-ed boarding school for “trouble teens” from wealthy backgrounds.

ROGER BATTON read two pages of his memoir entitled, “Rok’s Eulogy.”  The story told of how he acquired the dog, half  German Shepard and half Rottweiler, and how this very large, and at times vicious dog, would become completely calmed by his wife, Jody.