“You can do anything if you have enthusiasm. Enthusiasm is the yeast that makes your hopes rise to the stars. With it, there is accomplishment. Without it there are only alibis. ”
Henry Ford  (1863-1947)

A vote of approval was asked for concerning the May 2nd minutes.  LAURIE CHASE gave the first approval which was seconded by RON TRIGG.

GAIL GALVAN announced that an audio podcast has been added to her website which featured an interview with SHARON PALMERI.  It will soon be featured on You Tube. Gail also stated that she is presently working on a short story about a 6 ft. rabbit living in Chicago.

GEORGE MIGA read a few sentences written from The Diary of Anne Frank.  He commented on what a remarkable writer she was for her age and how much she could have accomplished had she had a longer life.

LISA GROSZEK stated she is almost finished with the cover for her newest novel, a sequel to “Lonesome Isle.”

KELLY CHASE, our youngest member, was applauded for receiving a medal from the Retired Enlisted Assn.   Kelly is in her senior year of high school.

MICHELLE VARGAS read two pages of her fictional historical novel entitled, Striving After Wind.  In this part of her novel, which takes place in the marshes near Tolleston, Indiana, Adam strives to “throw his hat in ring” for the new game warden position.  He planned to do this by seeking the land next to the gun club’s property line.

GEORGE MIGA continued with his novel, Medal of Dishonor.  In this part of the story, Tony, the son of Cordell, was told that a possible witness had been found still alive who could verify the story his father had told in a previous deposition.  If true, it would make his father the true recipient of the Medal of Honor.

LAURIE CHASE read a continuation of her novel, Badradin. This part of her novel has been forwarded one year.  Dr. Togalaz, who is still living on the ship, is told by the major that his brother will soon join them in their daily workouts.  The purpose of this, unknown to Dr. Togalaz, is so the major might learn more about her past.

NEIL BEDEKER continued with his novel, Dark Hearts, White City.  In this part of the novel, which takes place on the opening day of the Chicago World’s Fair in May of l893, tells of the beautiful surroundings and special features of the fair.  The main feature was the Columbian fountain, “shooting a stream of water a hundred feet high creating a fine mist bathed in colored lights.”

LISA GROSZEK, reading two pages of her novel, Maude Defined, Maude realizes she has been left alone in the city of Milan by her one time fiancé’, only to be replaced by a “mystery man” named Lucius.  It appears that he has been waiting a long time for her arrival.

TOM MOLNAR read his essay type story entitled, “The Difference between Males and Females.”  This sometimes funny and sometimes very factual account of the differences brought a lot of attention and conversation between the members.

RON TRIGG continued with his memoir, Moments on an African Landscape.  This four page account, entitled “A Scream in the Steam,” told of his trip to a public bathhouse in Tunisia in l980.  The bathhouse, called a hammam, featured a segregated gender facility for public bathing for two dollars.  The story had a humorous ending for one of the men accompanying Ron.

SHARON DORELLI read part one of her short story entitled, “A Crystal Heart.”  The story, an adult fairy tale, told of a lovely, gentle natured woman named Tearsa who ended up marrying a handsome stranger who had never loved her.  The marriage eventually caused her to lose her meaning of life and spirit.

BEVERLY STANISLAWSKI read her poem, “Ageless.”  The poem compared the ageing of various items, such as shopping bags, to the ageing of two old ladies sitting at a sidewalk table.

KELLY CHASE read her true story entitled, “Wishful Thinking.”  The story told of a happening in her life at the age of ten when she had been bullied by a bunch of girls on the way home from school.  The story got its title due to the way she wished she had handled it.

GAIL GALVAN read her acrostic poem entitled, “My Dear Loving Mother.”  The poem was a tribute to her mother, Adele Ruth Carpenter Davis, for Mother’s Day.

JANE BURNS continued with four pages from her novel, Atalanta.  This part of her novel related to Atalanta keeping her promise to the wolf that had let her escape with the girl he had entrapped.  It ended with the “sisterhood” trying to decide whether or not to nominate her to be one of them.

SHARON PALMERI read her short story entitled, “Confessions of a Bookie.”  The story began with Sharon clearing book shelves in her office and discovered a book given to her by a friend titled Bibiloholism, which means a person addicted to books. While perusing through the book and re-taking the quiz she began to face the fact that she was indeed a true Biblioholic  -- especially after she discovered a second copy of the same book on the same shelf.

SHARON BUCKMAN brought a five stanza poem entitled, “My Cindy.”  The poem was a tribute to her recently deceased daughter. She also read the note below:

TO WRITE ON HOOSIER MEMBERS:
I can’t thank you enough for all the beautiful expressions of sympathy we received from all of you on the loss of our daughter.  You can’t imagine how much it meant to me.  You are a wonderful group of caring people and I wanted you to know how proud that I am to belong to WRITE ON HOOSIERS with you.

The meeting was adjourned at 9:10 P.M.
Respectfully submitted:
Sharon Buckman

A  "Featured Famous Writer or Poet"  will be posted every two weeks. If you have any requests for your favorite writer or poet let me know.

For now, after great deliberation I thought that we could start with Indiana Poet James Whitcomb Riley.

James Whitcomb Riley
(click on the name for more information)
“The most essential factor is persistence - the determination never to allow your energy or enthusiasm to be dampened by the discouragement that must inevitably come.” 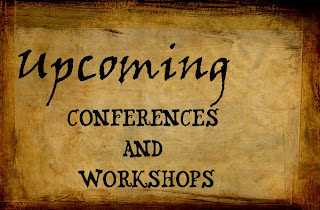 CROSSROADS OF AMERICA POETRY EXTRAVAGANZA: June 14-18 (PLEASE CLICK ON LEFT SIDE OF PAGE ON "CONVENTION INFORMATION) 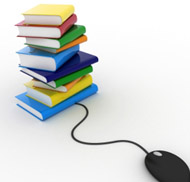 The meeting was opened at 6:30 P.M.  Sharon Palmeri asked for a vote of approval for the April 18th minutes.  Michelle Vargas gave the first approval which was seconded by Beverly Stanislawski.

SHARON PALMERI asked the members to bring, or send, any suggestions for anything they would like to write about and have added to the blog, 750 words or less. TOM SPENCER stated he had a few ideas.  Sharon also stated she has added several new people the Write On Hoosier Facebook   page.  Sharon also brought a book, “A Piece of My Mind,” edited by Bruce B. Dan and Roxanne Young. The book included a collection of heart-felt and emotional essays from JAMA (The Journal of the American Medical Assoc.) written by physicians. She passed out a sample story from the book entitled “Baby Blues,” by Daniel Waters,O.

KATHY FLOTZ stated that her and her husband, George, will be speaking at the Buckley Homestead in Lowell on May 5th and 6th.

CATHY DZIUBLA stated she hasn’t been attending our meetings over the past year due to their travels between Maryland and Kentucky visiting with their children and their families.

KATHY FLOTZ began the readings with a speech she had written at her daughter’s wedding in 1994.  Kathy told of the special place they had chosen for their wedding and how they sought the approval of their families, since it would not be a traditional German wedding or a traditional Jewish one.  The wedding turned out well and ended with Kathy relating her favorite “wedding story.”

SHARON JESIK brought a short story entitled “Counting.” The story began as a love story between Annie and Robert but began to change when Robert slowly started to pull away.   The ending of the story revealed that Annie was probably much better off without him.

MICHELLE VARGAS read from Chapter One of her novel, Striving After Wind.  The story told of a decomposed body being found in a large swamp during the time of the civil war.  The swamp is now a part of Gary and it is based upon a true story.

CATHY DZIUBLA told of a happening when she was visiting her newest grandson in Kentucky.  The story entitled, “Five More, One Mores,” concerned a trick she used to get her granddaughter, Zoe, to eat the rest of her cereal – it worked!

TOM SPENCER brought his eight stanza poem entitled, “Shadow Walk”.  The poem related to a two mile walk through a Northwood’s trail in Wisconsin.  It ended with “shadows of our past.”

LIZ WILSON continued with her novel, The Grindylow.  Kelsey, after awakening from her fever and finding her spell book missing, attacked Val by pushing him up against a wall with her hand on his throat.  After having gotten back her book, and being threatened herself, she decided she must leave.

JULIE PERKINS read her fourteen line sonnet entitled, “Addiction: A Sonnet.”  The sonnet reveals the remembrances of an earlier life that did not include “stale chores, whiny toddler” but then brings her back to the bliss of “it’s good: the daily addiction of motherhood.”

BEVERLY STANISLAWSKI read her four stanza poem entitled, “Gentle Snow.”  The poem, which had previously won second place in a Missouri contest, related to the beauty of the first snow fall on a November day, “covering like a lacy tablecloth.”

GEORGE MIGA continued reading his novel, Medal of Dishonor.  In this part of his novel McCall seemed to change personalities, a much sterner one, as he dealt with three men in an effort to get board approval for the budget he needed to get started with his project.

KELLY CHASE continued with her novel, The Ring.  Kristine listens to the Ring as her conversation with the Mistress continues.  She is directed to the alter, where she discovers that the sacrifice she has been instructed to kill is a baby goat.

JANE BURNS continued with Chapter 6, “Within a Budding Grove”, from her novel Atalanta. After having been taken to the maidens’ great hall, Atalanta is introduced to the various women and given a place to stay with another girl near her age, Laurel.  Laurel is less than happy with this arrangement.

SHARON PALMERI read her short story based on a true experience, entitled, “No Guarantee.”  The very intense story told of an experience Sharon had when working in the OB department during her nurses training.  The story ends with Sharon deciding a nurse’s career was not for her.

MIKE MUSAK brought a continuation of his screenplay, “Randy’s New Job.”  After assigning two members to parts in the play Mike explained it begins with a newly hired, over qualified employee, being assigned to a menial position; the position even included sweeping the floors.

SHARON DORELLI continued her short story entitled, “The Decision.”  The story dealt with a jury Sharon had participated in. All jurors were deliberating, based on their own moral convictions, during a murder trial.

RON TRIGG continued with his memoir Moments on an African Landscape with the section entitled, “A Gray Area.”  This part of his experience in South Africa from 1988 to 1992, related to the time he lived in Johannesburg when the whites began moving out of the inner city neighborhoods and other racial groups moving in.