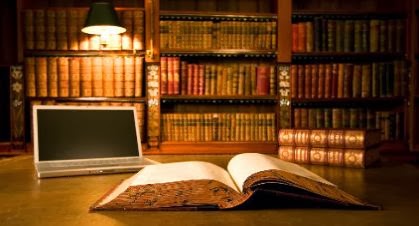 A vote of approval for the January 15, 2014 meeting was first given by Beverly Stanislawski and seconded by Kathy Flotz.

SHARON PALMERI asked the guests that were present to introduce themselves.

YUSEF EL stated that he enjoyed writing, and learned of our writer’s group from the Times.  He also stated that he has had several books published including, One Room Shack, Raw Tears, How To Feel Good About Yourself, and a children’s book entitled Rhyme Tyme.

BOB MOULESONG stated that he has enjoyed writing since his high school days.  He started his employment at the mills, but then moved on to working at the Times as a sports writer.  He is now enjoying his freedom to write since his retirement.

SERENA YESTER stated that she enjoys doing illustrations as well as writing, and has been involved in doing some illustrations for her mother’s books, (Janice Beier.)

TED HAWTHORN stated he was there to accompany his fiancé, Janice Beier, and was in awe at all the work he has witnessed that goes into writing and publishing a book.

GEORGE MIGA introduced a book he read entitled, Margo, by author Jillian Cantor.
JUDY WHITCOMB stated that she read an older book from the 1970s that she found intriguing.  The name of the book was The Rosary Murders by William Kienzle.  [She later e-mailed this additional information: “Out of curiosity I looked up the author and discovered that Kienzle left the priesthood because he disagreed with the Church's refusal to remarry divorcees. The Rosary Murders was actually made into a 1987 movie starring Donald Sutherland.”]

SHARON BUCKMAN continued with her novel Beyond the Canopy.  In this part of the novel Anne is told by detective Collins that it was more probable Tom had drowned in the river, rather than still alive and trying to come after her.  Knowing Tom’s endurance she is not convinced.

BEVERLY STANISLAWSKI read her six stanza poem entitled, “Murmurations.”  The poem relates to the minions of starlings migrating to warmer climates, following the command of their leader and giving such a  beautiful performance.

PAUL MULLIGAN read two pages of his novel, Be Brave and Die, Damn It.  This part of the novel begins with Carl hiding in his father’s basement from a gang bent on doing him harm, though he’s not sure why.  It ends with a related story of his friend Akem, who wanted to leave the hood. He tried to make the basketball team, and after being unsuccessful, he turned to a life of crime.

MICHELLE VARGAS read four pages of her newest novel, Salt and Light.  The novel tells of a young minister, crawling out of Lake Michigan onto the beach, completely unaware of how he got there.  After being told by a passing older woman of his location, he does not understand why everything there looks so different from the way he remembered it.

LAURIE CHASE read her very emotional six stanza poem entitled, “What You’ll Never Hear.”  The poem relates to her very intelligent son, who was recently diagnosed with a rare disorder called Selective Mutism. The poem relays all the beautiful things that only his family is selected to hear.

KELLY CHASE continued with her novel entitled, The Ring.  After deciding to get rid of the ring that has turned her life into such turmoil, the young girl returns to the old house where she found it.  After entering the house the ring tries to dissuade her by telling her it would be a big mistake, however, throwing the ring across the floor she quickly left.