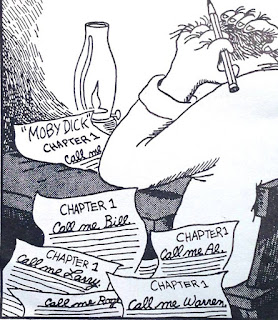 OLD BUSINESS:
A vote of approval for the September 5, 2018 minutes was first given by KATHY FLOTZ and seconded by TIM PHILIPPART.

NEW BUSINESS:
Kathy Flotz stated she will be speaking on October 4th to a ladies group in Flossmoor, Ill. concerning her novel, Pebble in My Shoe.

AL KOCH stated he is presently dealing with the Universe Publishing Co. in Bloomington, In. in regards to his novel, Musings and Memories of the Mind Cafeteria, hopefully soon to be published.

AMY BRAILEY announced that she will soon be bringing some of her students to one of our WOH meetings as part of their literary education.  The date has yet to be decided.

AL KOCH read his two-page short story entitled, “Doctor’s Waiting Room.”  The story related to a problem that most of us were all too familiar with, a large number of people scheduled for the same appointment time.  This problem, of course, led to a crowded waiting room and a long waiting time with some very unhappy patients.

TIM PHILIPPART read four of his short poems.  The first poem, “Off to Join,” told of his desire to join a circus, he finally did, however, run off with a carnival and learned to shovel cages.  The second, “Cannon Fodder,” tells of being shot from a cannon and “soaring close to big top’s peak.”  “Elephants,” was the third title and in two stanzas asked the question,  why did “the circus paint smiles on elephants.” The last poem, “The Hula Hoop Woman,” told of James working at a circus when he believed he saw the beautiful hula hoop woman staring right at him.  Everyone wondered what ever happened to him when someone stated they saw his pickup parked behind a circus tent 100 miles away.

AMY CLITES read her two-page story entitled, “Thoughts From the Third Coast.”  Amy told of her decision to write an article on how to give practical advice on making decisions when she herself could never seem to make up her own mind.  Some of her advice, “make small decisions routine,” and don’t fear fear,” was part of her advice.

AMY BRAILEY continued with Chapter 13 of her novel, Jon Everett and the Hall of History.  In this part of the novel Jon begins talking to George Washington as they begin their march to protect a group of wagons from the Indians.  Part of the conversation included George telling him of the time he fell off a raft when crossing a river and almost freezing to death if it hadn’t been for a farm that was close by -- and  belonged to one of his friends.

CAREN VON SEE began reading from Chapter 8 of her novel, My Treasure Chest. This part of the story begins with Antonio and Angelo assessing the various buildings scattered around their property and trying to prioritize their needed repairs.   When he returns Sara begins telling him of her opinion of their attorney, stating he reminded her of the shyster lawyers she saw back in the states.

DANIELLE JOHNSON read two pages of her story, “Love & Dissidence.”  In this part of the story Nikolai and his bride, Katia, enter the hallway of the Palace of Marriages where they are to be legally married.  The story, being told by her sister, tells of the conversation between the two sisters as they patiently wait for the ceremony to begin.  Katia states  she doesn’t want her marriage to be like her parents marriage.

GAIL GALVAN read two poems from her book, Affinity for Rainbows. The first poem, “Katfish Karma,” tells of the terrible results from finding a lover online that has been “less than truthful” concerning his, or her, person.  The second poem, “The Hawk Who Greets Me,” tells of the wonderful feelings concerning a morning hawk she has encountered.

KATHY FLOTZ read her short memoir entitled, “A Day in a Life,” which begins with her ride to work as she listens to the radio and learns of the terrible encounters in New York on Sept. 11, 2001.  It brought back memories of fifty years prior when her husband experienced the bombings during World War II as well as her own childhood in a concentration camp.

BEVERLY STANISLAWSKI read her two-page short story entitled, “Sun Spots.”  The story begins with Sarah asking her grandfather “where did the sun go?” The grandfather began telling her a story of how the sun had to be punished for disturbing the Lord of the Lake with his continuous compliments of himself.  The punishment included how the sun must turn his face away (solar eclipse) every so often.

Posted by Write-On Hoosiers, Inc. at Tuesday, September 25, 2018 No comments: