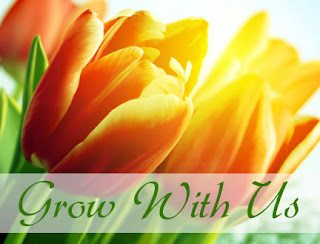 LITERARY NEWS:
Sharon Palmeri then asked for any new literary news from the members.
LISA GROSZEK stated she had recently finished the draft of her sequel to “Lonesome Isle.” She also mentioned that she had sent in an application to be part of Printers Row and is presently waiting for confirmation.
SHARON PALMERI asked if there was anyone interested in going to Printers Row. She stated that it would be held on June 9th and June 10th, on Dearborn in Chicago, and would be helpful for anyone wishing to sell books, etc.
NEIL BEDEKER announced that he was working on the sequel to his book: White City, Dark Hearts.
BEVERLY STANISLAWSKI stated that she had just recently won another poetry contest for an entry in Pennsylvania, taking second place and third place for another. She also mentioned Tom Spencer had recently won another poetry contest (he was too shy to mention this himself). I sure hope they're keeping track of all these awards.
GEORGE MIGA mentioned that he is still working on a query letter for his book Medal of Dishonor but had to stop due to computer problems.
GAIL GALVAN has been very busy working on her new website. She brought along copies for the members who revealed the tagline: DESIRE TO INSPIRE, PLEDGE TO MOTIVATE AND LEND HOPE, PATHWAYS TO PROMISES; BOOKS.
JANE BURNS brought along a book she has enjoyed entitled Mystery and Manners, written by Flannery O’Connor. Jane passed the book around to the members as she read a page that she had particularly enjoyed.
READINGS:
RON TRIGG read a captivating four pages entitled, “The Mighty Mango,” from his novel, Moments on an African Landscape. The story told of the repercussions of eating too many mangos, especially on an empty stomach. Needless to say, he taught us all a lesson.
GEORGE MIGA continued with his novel, Medal of Dishonor. In this part of his novel he read the deposition of the war hero, Cordell, to his psychiatrist, telling of the actual event for which he should have been awarded the medal that had been given to someone else.
LISA GROSZEK read a continuation of her novel, Blazing Truth. In this part of the story young Russell is told that his younger brother and sister are going to be taken away from him to go and live with their aunt and uncle. This will leave Russell alone with his abusive father.
KATHY FLOTZ continued with her newest novel, The Journey. In this part of her novel, some of the happenings based on a true story, she tells of Michael, a young German soldier returned from war, accidently finding the whereabouts of his family, now living in the United States.
LUNEIL MORROW read the first story of what she hopes to be a series of stories. The children’s book, entitled Lottie Nora and the Toilet Paper Incident, tells of the embarrassing incident of Lottie’s favorite teacher getting ready to go in front of her class with toilet paper stuck to her foot.
SHARON BUCKMAN read her four stanza poem entitled, “Rhyme Time.” The poem tells of the necessary inspiration of spring to encourage her to start writing poetry again.
JANE BURNS continues with her novel, Atalanta. In this part of the novel, Atalanta, now a young teen, enters the temple and approaches the High Priest. As the Priest tries to find the reason for her coming to Athena, she begins to explain it is due to her dreams and the Goddess that appeared in them.
TOM SPENCER brought his ten stanza poem entitled, “Group Critique.” The poem is a “tongue twister” of ideas with punctuation that resists critiques. (Thanks to the members for helping me with this.)
BEVERLY STANISLAWSKI read her six stanza poem entitled, “Playing for Keeps.” This poem evoked a lot of memories from the members as it told of the fun of playing marbles and ended with the phrase most of us remember: winners, keepers, losers, weepers.
NEIL BEDEKER continued with his novel, White Hearts, Dark City, a sequel to The Cassidy Posse. In this part of his story, taken place in Chicago 1892. The main characters are getting ready for the World’s Fair when one of them wants to introduce his lady friend, Mary Cassidy, into the Buffalo Bill show as an Indiana talent.
JULIE PERKINS continued reading her novel, The Levee. In this part of the novel, taken place in 1910, business owners in the levee have just discovered that a Vice Commission has been established to decide which businesses can stay or go, leaving all of them upset.
GAIL GALVLAN read her poem entitled, “Humanity”about how although many people believe in God’s perfect world order, often imperfection is the case; but with positive changes, the human dimension can again become a celebration of life toward better achievement.
KELLY CHASE continued with her novel, The Ring. In this part of the story, Kristine, finds herself in a situation where she is being taken out of town and into a forest by Jesse. Jesse then introduces her to a group of people standing around a campfire, most of them women wearing a ring like hers.
LAURIE CHASE began reading Chapter 4 of her novel, Badradin. In this continuation Dr. Togalaz is interviewed by Major Zon, her superior, and is asked to explain why her Torza was not listed in her records.
The meeting was adjourned at 9:15 P.M.
Respectfully submitted:
SHARON BUCKMAN
Posted by Write-On Hoosiers, Inc. at Sunday, March 25, 2012 No comments: