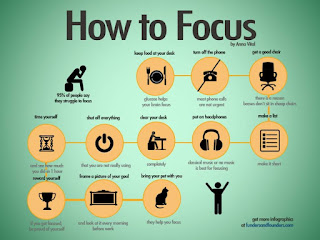 Minutes:  Read and approved by Kathy Flotz and Hardarshan Valia

New Business:
Announcement about authors wanting to sell their books in the library, Dec. 7, first to fourth floor,
$25 fee. See librarian for details.
Caren Von See’s book, My Treasure Chest,  is completed, and will soon be on Amazon.

Sharon Palmeri announced that at the beginning (the first 30 minutes) our next meeting on Oct
17, authors are encouraged to read any spooky stories they have written to get us in the mood for
Halloween.  Short oral storytelling is also acceptable.  Sharon also stated that our only
December meeting will be held at a local restaurant, details later.

Special Presentation by Gail Galvan: “Surprise Ending: Writers’ Wagon Train.”
Gail explained the ingredients and the recipe needed for Self-Publishing. She told of her own experiences and offered information about publishers, agents, e-books, editing, prices, and distributed a sheet containing many other helpful hints for writers wishing to Self-Publish.

Readings:
Amy Brailey read the first of her many stories that has no ending, “Jarold Mac Neil and the
Case of the Vanishing Art.”  Readers are to supply their own conclusion. Private detective
Jarold must try to solve the mystery of the valuable, missing artwork from
wealthy people.

Kathy Flotz presented excerpt from her sequel to After the Pebbles. Her grandmother visited
from Germany to see Kathy’s first son, Peter. Grandma’s stay would have been only 18 months.
Thanks to a bill South Dakota’s Senator Langer introduced in the Senate and House of
Representatives, grandma could stay permanently in America. Kathy told of her husband
George’s jobs and their moves four times since their marriage in 1957.

Beverly Stanislawski offered two poems. One, “The Chief’ Headdress,” written with certain
syllable counts, described a beautiful, eagle-feathered headpiece which brought power to the
Indian. The other poem, “Hey Shakespeare,” chastised William Shakespeare for making
several plays deal with sadness, death, or despair, including…“Why did you have to make the
patrons cry when Juliet would die, and live, and die?”

Sharon Buckman asked if  “The Best Things in Life are Free?” She then showed that sitting
and watching fish swim around a pond is free, but buying chemicals and food to keep them
alive, isn’t. Then taking time to smell the roses…free, but spending $949 to kill those beetles…
not free.  (Maybe some Best Things are worth the price, Sharon?)

Al Koch read “Personal Currency,” which retold stories about being a Special Education
teacher. He posted no classroom rules, but suggested students, “Do whatever you think is best,
and then I will do whatever I think is best.” He chose never to get angry” but “prodded, poked,
challenged, and encouraged them to become better,” and “treated them with dignity, respect,
positive words and reality-based instruction.” Their personal currency,” he said, “is the wealth
of life.”

Hardarshan Valia presented “Three Facets of Refugee Status.” 1) Broken Wings told about
“dreams consumed by the fireworks” and “journeys to the realm of unknown.”
2) Promised Land  “Boat would accept no more; wife and husband separated, two fish out
of water.”
3) Welcome Home “Father victim of cross-fire on a street, wife and newly-born daughter at refugee camp gate. Sign reads “Earth without Borders.”

Mike Ripley read from “Dream Rail” about Christina, a reporter, whose sister was murdered
in Chicago. The reporter interviews the killer, William, in an emotion-filled question and
answer session. After she tells him he is “horrible” and she hopes he dies, William tosses a
necklace through the gate.” She picks it up. The inscription read ‘To Natalie. Love Forever.’

Dennis McClean offered part of Chapter Three, from his novel, The Eye of the Gift Horse.
Antics of some students in Miss Knott’s class continue. This time, a racy picture is passed
around without her knowledge. Sidney did not approve of the prank, but passed the photo,
anyway. He describes his teacher in more detail as “a cross between a rabbit and a sly and
sneaky fox… capable of pouncing on small children.

John Hunt continued reading Chapter two from his book, The Sparrow’s Sad Song. In this part
we learned more about the friendly relationship between Caity and Ryan. Caity also spent a lot of
time telling about her desire for her friend Ryan to feel better and to just get “his listless frame”
up from his sick bed in the ICU. She felt nausea grip her as she watched Ryan’s body tremble
violently. Later, on the way home, “the warmth of car’s vents brushed across her cheeks, soothing
her blushed skin….”

Helena Qi  took us on a trip along the northern Italian Riviera to Cinque Terre (Five Lands)
National Park. She described the string of five seaside villages with some records dating back to
the 11th century. Another train ride later, we were at  Monterosso al Mare, the farthest northern
village. There the family began hiking, enjoying the beautiful scenery, including graffiti carved
on a giant cactus. They also viewed “stout churches, ruined castles, and multicolored new
buildings” in Vernazza.

Caren Von See  offered part of Chapter 16 from her novel, My Treasure Chest. Sara tries to
quiet Antonio after he comes storming out of his office after meeting with Uncle Lorenzo and his
brother, Angelo. She offers to rub his shoulders and inquiries about the fighting she heard.
Antonio responds, “History, discipline, my Uncle’s role reversal, and my father’s death” Sara
tells him to be a man, not a coward. Antonio worries he will lose his brother if he reacts too
harshly.

Posted by Write-On Hoosiers, Inc. at Wednesday, October 16, 2019 No comments: