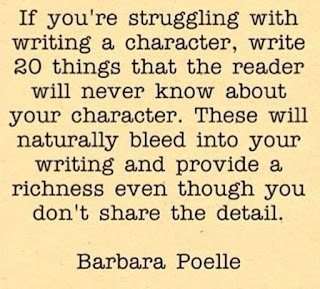 A vote of approval for the August 3, 2017 minutes was first given by DIANE STRATTON and seconded by GAIL GALVAN

There was a brief discussion about using real names of people and animal in writing a historical fiction or an autobiographical novel.

READINGS:
HARDARSHAN VALIA read three thought provoking, previously published poems “Meditation, Companions of the Storm,” and “So I Could Flow.”

BEVERLY STANISLAWSKI read “Free Verse” poem titled “Majestic Mountains,” in which the mountains were personified. Bev also read her poem title “Splendid Surrender.” This poem form is called Villanelle or Villanesque. It is a nineteen-line poem consisting of five tercets followed by a quatrain. It is an example of a  fixed verse form.

GAIL GALVAN read the prologue of her creative children’s storybook, Skelly the Skunk Saves Freedom Day. Gail and her sister collaborated on the artwork. She has self-published the book. It’s about Skelly, a born leader who believes in equal rights and who saves the day!

CAREN VON SEE read the first four pages of her story “The Treasure Chest,” based up the prompt: Write a curse of a blessing detailing what would happen to anyone who opens this chest.

AL KOCH delighted us with his true story about a Catholic School and creative art in first grade, titled “Grapes of Wrath.”

HELENA QI read a poem titled, “My First Wedding,” about when she and her spouse who were both born in Shanghai China immigrated to the United States. Without family support or assistance they both attendant the Purdue University and were married in the student union surrounded and supported by friends. They are celebrating the 30th wedding anniversary this year.

DIANE STRATTON read a re-write of her story titled, “The Tea Party,” about the special relationship she had with Marge, her best friend’s mother. Diane and her husband were invited to the birthday party of Marge’s two-year old granddaughter, Gracie. Wondering what to gift the child, Diane received divine inspiration for from Marge—a tea set.

SUZY STUEBEN delighted us with a chapter in her book in progress: Mrs. Walter's Adventures. The story tells of Mrs. Walters as a child who (for want of another word) was a witch, who practiced her craft without any forethought as to the consequences of her actions.
The meeting was adjourned at 8:15 P.M.