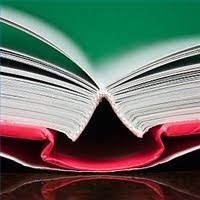 l. John Boufis stated he spent the holidays with his sister and other family members. He also found time to catch up on grading homework.

2. Cathy Dziubla enjoyed having most of her family for the Christmas holiday.

3. Beverly Stanislawski played a dramatic part in a Christmas play at the Faith Baptist Church on Christmas Eve - she also sings in the choir there.

4. Mike Musak stated the Elks club, in which he is a member, hosted a dinner for the recruits of the Great Lakes Naval Base.

5. Kathy Flotz enjoyed having time to visit with her daughters over the holiday.

6. Sharon Palmeri spent most of her time over the holidays trying to recover from pneumonia and later trying to help her husband get over the flu.

7. Sandy Lundin spent her Christmas with three of her four children. Her son, coming from Europe, managed to find a part time job and later plans to be a professor at St. Joseph College.

KATHY FLOTZ wrote a tanka poem entitled "The Chair." The poem was accompanied with a picture of the chair, sitting empty beside the lake in Wisconsin where Kathy and her husband have a cottage. The chair was purchased by a friend who enjoyed the use of the cottage to do some writing.

BEVERLY STANISLAWSKI read two of her poems she had entered into a contest. The first poem contained only twelve words and was entitled "Memories," it took third place in the contest. The second was a humorous poem entitled "The Makeover." It told of a man who tried to get a little romance in his life by buying his wife various items such as makeup, hair dye and sexy clothes. The poem ended with his wife running off with his best friend.

KATHY DZIUBLA wrote a wonderful article entitled "Beautiful People We Have Lost." The first person was her father. The last three were Gentry Smith and Kathy and Tom Spencer, three people she had met in Write On Hoosiers. She told of the special love between Kathy and Tom Spencer and the grief she thought he must be going through after losing Kathy to cancer. Gentry Smith had endeared himself to almost everyone who knew him in Write on Hoosiers. He would bring along his guitar and entertain everyone with his music.

MIKE MUSAK continued with his play "The Turkey Hunt." Everyone enjoyed playing a character in this amusing comedy.

SANDY LUNDIN read the later part of her husband's memoir. The memoir told of his high school days and the benefit of owning his own cars, most of them needing lots of work and money which he earned doing various jobs.

SHARON BUCKMAN wrote a one page article entitled "Routines, Interruptions and A Flexible Mind." The article told of the advantage of having a routine and how constant interruptions might also be an advantage - hopefully giving you a flexible mind.

The meeting was adjourned at 8:45 P.M. at the home of Kathy Flotz. 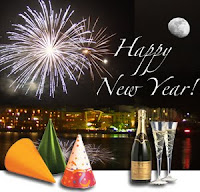 The first meeting of the Write on Hoosiers will take place January 6, 2010 at 6:30 P.M. in the home of Katherine Flotz. For details please contact her at:

The meetings at Borders will resume on January 20th at 6:30 pm. Remember that DUES are due!

So...with that said, let us now ring in the New Year and bid farewell to 2009 with a few laughs courtesy of lightbulbjokes.com (and brought to my attention by Judy Whitcomb, one of my students):

Q. How many science fiction writers does it take to change a light bulb?
A. Two, but it's actually the same person doing it. He went back in time and met himself in the doorway and then the first one sat on the other one's shoulder so that they were able to reach it. Then a major time paradox occurred and the entire room, light bulb, changer and all was blown out of existence. They co-existed in a parallel universe, though.

Q. How many mystery writers does it take to screw in a light bulb?
A. Two. One to screw it almost all the way in, and the other to give it a surprising twist at the end.

Q. How many screenwriters does it take to screw in a light bulb?
A. Why does it *have* to be changed?

Q. How many editors does it take to screw in a light bulb?
A. Two -- one to change the bulb and one to issue a rejection slip to the old bulb.