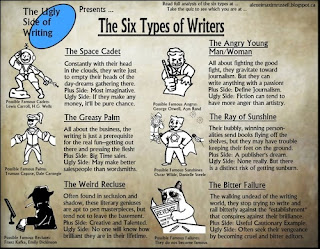 Minutes were approved by Marilyn Kessler and Bev Stanislawski.

News:  Valia had three poems printed: “Bell Tolls” in Northwest Indiana Literary Journal;   “Grandfather” in Wards Literary Magazine, and “Heart Beats” in Poetry Medicine. AL Koch still waiting for his book to be published. Diane Stratton was featured in a one-page article in the July edition of the senior “Times “newspaper.

Marilyn Kessler read chapter 3, “Colorado” from her novel. Papa goes in search of his brother who is looking for gold in Colorado.

Bev Stanislawski read two poems: “Watchtowers,” a free verse, which described the beauty of western mountains;  and “Life’s Lessons,” a sonnet, which explained that life can be easy or hard, but we all have our turns to take.

Dennis Mclean  brought Chapter 2, “The Snap-Up Tree” from his Eye of the Gift Horse novel. The characters have various adventures while looking for Indian Rock. He left us hanging with the last line: Guess what, Gretchen,” Maddie said. Gretchen abruptly stopped dancing. “I kidnapped your sister.”

Amy Bailey having returned from her trip to Germany, provided by an Eli Lilly Teacher Creativity Grant read “Kasper’s Story.” It is based on the legend of Oberammergau and a terrible plague which helped to explain how the Passion Plays were started.

Al Koch helped us to hear and to appreciate some “Beautiful Noises” that we experience in our lives. He encouraged us to “celebrate the soundtrack of our Mayberry of the Midwest.”

Diane Stratton related an experience of watching  a somewhat “odd” woman who visited her church. The woman was very animated while engrossed in worshipping. Diane finally wondered if more of us should “Worship from the Heart, Not the Head.”

H. Valia reminded us of the 50th anniversary of the Moon landing in his poem “When Man Landed on Moon.” He personified the moon as a female who saw the Eagle approaching and put out a welcome mat. ”She was overwhelmed with joy when the first guest stepped out.”

Helena Qi. took us on a trip with her to Verona. She not only detailed her itinerary but provided some photos to help us visualize the surroundings. She included much information to help us learn more about the history of this lovely city.

Sharon Palmeri read an article from a weekly column she wrote in 1990 when she when he worked for The Lake County Star “entitled “Here’s to Your Health.” This column was about how she planned on achieving a healthier life style.
After listening to a determined saleslady, Sharon purchased over $130 worth of vitamins which were guaranteed to help her get healthy. While they did help for a while, Sharon learned that by just taking myriad vitamins and over indulging in “health food” was not the way to achieve her goal. 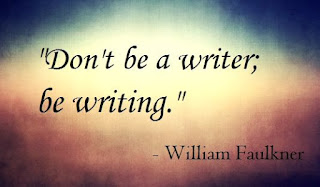 A vote of approval for the June 20, 2019 minutes was first given by AL KOCH and seconded by SHARON BUCKMAN.

NEW BUSINESS
Al Koch’s son continues to assist his father with publishing his book. The galley proofs have been sent to the editor.

MARILYN KESSLER CH 2—Grandmother opens her family Bible and reviews the numerous family names musing that only happiness is recorded here. Grandmother writes a note about John trekking to Colorado to find gold.

AL KOCH—relayed his tale his herculean efforts to rebuild a defunct, vintage soda fountain, which he put in his basement.

HARDARSHAN SINGH VALIA—read a poem titled “Message on a Canvas” where the viewer admires a painting and offers prayers of gratitude.

SHIRLEY VAUGHAN— Attendees volunteered to read various parts in a Shirley’s Screenplay play about the futuristic world of the Planet Turaeus.

HELENA QI—read her travel log about her family’s trip to Milan and the sternly decorated train station, which carries memories of the notorious fascist era.

McLEAN—read a chapter from her book The Eye of the Gift Horse about the self-satisfied contentment he felt when he was with his family.

BEVERLY STANISLAWSKI—relays two poetic tales about a wolf escaping the woodman’s ax titled, “The Wolf’s Bane”, and another titles “The Family Quilt” about a mother preparing for her daughter’s wedding.

KATHERINE FLOTZ—read her poem "To Cole on His Bar Mitzvah" praising her grandson’s character.