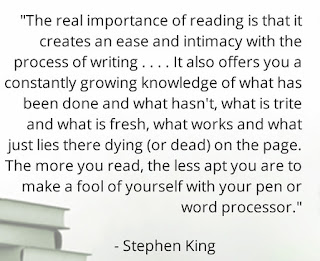 A vote of approval for the March 2, 2017 minutes was first given by RUTHANN GRACZYK and seconded by CAREN VON SEE.

SHARON PALMERI introduced the tribute by first asking the members if they had brought any poems written by their favorite poets.   HARDARSHAN VALIA responded first with “Where the Mind is Without Fear,” written in Bengali in 1900 by Rabindranath Tagore, (the same author that had won the Nobel Prize for Geetanjali) and translated by Tagore into English in 1910. He recited it in English at Indian National Congress (party that was fighting for India’s Independence) annual meeting in Calcutta in 1919. India won independence on August 15, 1947. AMY BRAILEY read  “Epigraph,” by Langston Hughes and “Holy Sonnet: Batter My Heart, Three-Person’d God, “ by John Donne.  BEVERLY STANISLAWSKI read “On His Blindness,” by John Milton. SHARON PALMERI read “Delight in Disorder,” by Robert Herrick, “A Leaf Falls,” by  e.e. cummings and “I Heard a Fly Buzz When I Died,” by Emily Dickinson.

HARDARSHAN VALIA read three poems.  The first poem, “Refugee,” which was a one-stanza poem comparing a mother and baby stingray to the recent refugee problem.  The second poem, “A Refugee Camp,” a seven line, one-stanza poem ending with “To return home without strife.”  The third poem, “Earth Without Borders,” tells of the fruitless act of drawing borders.

BEVERLY STANISLAWSKI read her sonnet, “Life’s Lessons,” a poem that describes how life’s daily problems , with all their strife, are meant to teach us, “It’s not that life’s not fair, It’s just my turn.”

CAREN VON SEE brought two short stories, both of the same incident but written differently so that the members might decide which version they liked the best.  The first, “Ice Falls,” and the second, “A Strange Sensation,” tell of two men preparing their equipment to begin a “fall” down an icy glacier.  The men begin their ordeal by descending down the glacier, after hearing a bell ring, to see who reaches the bottom in the quickest time.  Since the rope has been purposely cut, one of these men will win, or lose.

EARL MAYO read the first chapter of his novel, When Lines Are Crossed.  The story begins with a report from a police scanner telling of shots being fired in the color door housing project, possible man or men, and to proceed with caution.  The second call tells of several dead bodies and requests more units.

HELENA QI read her three-stanza poem, “An Autumnal Moment,” comparing the beauty of  the sun’s golden rays, tree leaves color displayed and the beauty of nature to the human race.  This lovely poem ends with “Behind all things is unseen He.”

AMY BRAILEY read her short story, from her collection of short stories, entitled “Lost and Found.” The story begins with Jamie telling of the loss of her dad, and how she has been unable to cope with this.  When her sister calls and begins telling her she should “shape up”, she decides that she should probably begin by cleaning out the house he had left to her.
The meeting was adjourned at 8:10 P.M. 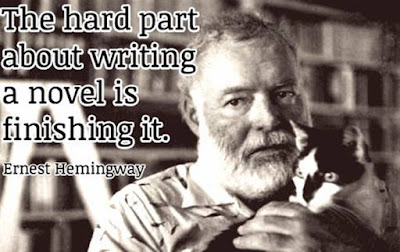 OLD BUSINESS:
A vote of approval for the February 2, 2017 meeting was first given by KATHERINE FLOTZ and seconded by BEVERLY STANISLAWSKI.

DISCUSSION ON PUBLISHING AND PROMOTION:

SHARON PALMERI started the discussion on traditional publishing, self-publishing, and Print-on Demand. She stated that Print-on-Demand   has recently become the most popular form of publishing. She also emphasized the importance of promotions with P.O.D.  Sharon also brought a number of books on this subject that she thought the members might be interested in reading.  She suggested that members consider stylebooks, such as The Chicago Manuel of Style and The Elements of Style. She also suggested The Essential Guide to Getting Your Books Published, Publishing for Profit, and Guerrilla Marketing for Writers.  She passed around these books on style, publishing and marketing for the members to look at.  A few other topics, such as agents, submission, ISPN numbers, and marketing ideas were discussed.

NEIL BEDEKER stated how he had two books published through  a P.O.D. publisher called Infinity Publishing  He is now working on his 3rd book.

KATHERINE FLOTZ  discussed her choice of publishing. She and a friend self-published her book and was persistent in promoting her book through schools, colleges, historical and reading groups. She purchased 1000 books with each printing. She is now in her 4th printing, and has sold all but 200 books.

SHARON BUCKMAN published her book through Amazon’s Create Space publishing company. She discussed how she chose to purchase her own ISBN number rather than have Create Space supply her with one.

KATHERINE FLOTZ stated she will be speaking about her book, Pebble in My Shoe, on Monday, March 6th at 1:30 P.M. at Park Pl. Retirement Living in the Gates of St. John.  The address is 10700 Park Pl., St. John.

ANNE HUNTER (RUTHANN GRACZYK) continued reading her novel in progress, The Reconnection.  In this part of the story Maryann confronts her husband, Dan, about a story she had just been told involving another woman in his life.  After Dan admitted it was true the argument progressed to violence.

AMY BRAILEY read her three-page short story entitled, “The Phone Call.” The story began with a man walking down the street and being stopped by a woman asking to use his cell phone.  After allowing her to use it, he was later visited by a man who threatened to harm him if he did not follow certain directions.

BOB PHILPOT continued with his novel in progress, Strange Friends.  In this part of the novel, Chapter 9, Zeb followed the woman, the person who had saved his life, into a strange type of restaurant bar where they encountered a man who urged them to follow him.  The man stated he was a safe driver and would take them anywhere they wanted to go.  They followed him out of the restaurant.

BEVERLY STANISLAWSKI read her four poems that had won various poetry contests in Kentucky and Texas.  The first poem, “Billy’s New Knife,” was a 10 line poem  with a sensory impact theme about a little boy who cut his finger with his new knife and kissed by his “mother’s tender kiss.”  The following three poems were the ones that took 4th, 8th, and 10th placements in the Texas poetry contest .  “Mumurations,” an eight stanza free verse poem about how wonderful it is to watch a group of birds as they migrate and seem to follow a single command.  “Nature’s Masterpiece,”a poem about a beautiful butterfly, and “Time Thief,” a beautiful four-stanza poem about the stolen life and the battle’s fought to save it.

CAREN VON SEE read her two-page short story entitled, “Choices.”  The story begins with the tale of a young ten year old boy, living in the backwoods of Virginia, taking a gun to threaten his father if he ever goes near his mother again.  It later continues with the boy as an undergrad student at John Hopkins University who later becomes a heart surgeon and saves the life of a man who reminded him of his father.

HELENA QI read her short story, “The Old Man Who Lost His Horse.”  The story had been translated from an original Chinese text, which first appeared around (179-122 B.C.)  The translation told of an old man, living in China, correctly predicting the outcome of a possible tragedy or a possible blessing.