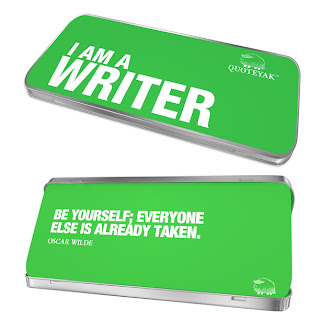 
OLD BUSINESS
A vote of approval for the May 1, 2013 minutes was first given byKATHERINE FLOTZ and seconded by DONNA DOUGLASS.

NEW BUSINESS
SHARON PALMERI opened the meeting by passing out a form about self publishing. Our answers will be helpful for our guest speaker at WOH’s 25th Anniversary in December.

KATHERINE FLOTZ updated us on her recent speaking engagement with her husband George. It took place at Beecher Middle School, where Katherine also sold 30 books.

JULIE PERKINS showed a Poetry Foundation App. which can be used to find poems.

GEORGE MIGA continued his novel, Medal of Dishonor, in which his protagonist Spenser McCall attends the funeral of Bobby Geary and has another go-around with President Johnson’s decisions, including the CO2 project designed to help cut our foreign oil dependency.

KELLY CHASE read the end of her short story, “Stormy Night.” Character Jamie awakens from what was a dream in which she was attacked by the monster, but she wonders about the reality of her red eyes and her budding fangs. Kelly proposed two possible endings to this mysterious, monster tale.

LAURIE CHASE continued with her novel, Badradin. This part of her novel was about Togalaz who would take part in a three-stage rite of passage, “Telza Central.” To Togalaz, successful completion of this ceremony meant freedom.

JULIE PERKINS offered her poem, “Dear Thay Nhat Hanh,” (written to a Buddhist Monk), who taught her to “do what needs to be done.” She applied that advice when she and her husband visited Rome, had a slight lovers’ “spat,” and reconnected on the Spanish Steps.

DONNA DOUGLASS poem, “Northern Spring,” gave a glimpse of the arrival of spring in all its colorful splendor, obliterating the black/white scenes of winter.

KATHERINE FLOTZ gave us good advice about how she wrote her book, A Pebble in My Shoe;” how she self published it, and how she marketed it. Her thorough explanations of personal experiences were informative and helpful.

SUZY STUEBEN presented her children’s story Zilla, the Adventures of a Garden Gnome.  This story "Zilla Takes a Vacation" Is the first in a series of Zilla stories. Zilla, a garden gnome, attempts to take a vacation with little help from a local cat, Purr.

NEIL BEDEKER’S short story, “Out of Retirement,” had us wondering if his protagonist really needed a psychiatrist himself or if he was cleverly planning a permanent “retirement” for the doctor who did not prevent his nephew’s suicide.

BEVERLY STANISLAWSKI read her poem, “Waltzing with Leaves,” a Vimaglo sonnet. It dealt with a person wanting to learn the dance of the autumn leaves and to join them. This poem won an honorable mention in an Indiana contest.