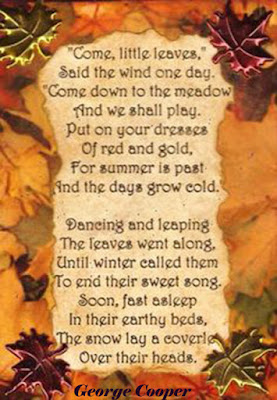 MINUTES APPROVED BY: by REBECCA JUERGENS and   RUTHANN GRACZYK

KATHERINE FLOTZ mentioned that she will be speaking about her book, “Pebble in my Shoe,” at the Four Seasons Clubhouse on November 9th at 4:30 P.M.

BEVERLY STANISLAWSKI mentioned that there will be a Pop-up Poetry Show at the SIP Coffeehouse, 2815 Jewett Ave. in Highland on Friday, Oct. 27th from 6:30 to 7:30.  Beverly also stated that after entering a mid-south Tennessee Poetry Contest, she had taken 1st place for her poem, “Family is My Home Town.” She also took 2nd place for “Something Blue,” and 1st H.M. for “Natures Play.”

AL KOCH stated that SHARON CUTTER will be speaking at the Crown Point Library on Nov. 12th at 12:00 about her book, “Bandstand Diary’s,” a book he helped work on.

CAREN VON SEE continued reading her novel, The Treasure Chest.  In this part of her novel, Chapter 14, Sara and Rudolpho are making plans for their Mediterranean cruise.  Their plans, which involves a shopping trip for Sara, also involves a discussion about onshore trips and how many they should take as well as a possible problem with passports.

BEVERLY STANISLAWSKI first read her two page Halloween short story entitled, “One Scary Night.”  The story involved two high school students, Marty and Jerry, making plans to go back to a house they believe to be haunted.  They are both afraid of the old man and his dog that live there.  Their plans go almost perfect until Marty gets his leg trapped in a floorboard.  Beverly’s second reading, a poem entitled, “Beware the Baba Yaga,” (Polish for witch), is a six stanza poem telling of a witch who tells children that she will make their dreams come true, because she needs them for  her stew.

MARY ELLEN BEECHER read her two-page memoir entitled, “Out of Control.”  The memoir centers around her son, Michael, who has had a number of problems involving drugs and alcohol.  In this part of her memoir Mary Ellen tells of his problem keeping jobs, mostly at restaurants, and handling his finances.   This part of the memoir ends with her trying to stop him as he drives off intoxicated.

KATHERINE FLOTZ read her one page short story entitled, “The Adventures of Mikki and Mini,” not related to the Disney characters.  The story tells of two mice entering this cozy white house and trying to decide where they should hide the food they brought in.  After deciding to check out the basement, Mini gets stuck in mouse trap sticky paper and is later joined by Mikki.

REBECCA JUERGENS read her two-page memoir entitled, “I Am a Writer.”  The memoir tells of Rebecca trying to decide, with God’s help, what she should do with her life.  Her children have been the love of her life but they no longer need her as much as before.  She finally found her answer after suffering the loss of her unborn child.

SHARON BUCKMAN brought her two-page Halloween short story entitled, “All Hallows Eve.”  The story tells of a retired couple, Anna and Frank, selling their farm and moving into town.  After fixing up the old house Frank and his son go fishing, leaving Anna home alone.  After going to bed Anna believes she hears someone else in the house, she runs outside only to find a dog and his master chasing her.  They only wanted to Trick or Treat.

AL KOCH read his very humorous, partially true, short story entitled, “To Protect the Brain – A Tale of Adolescence.”  The story tells of his teenage years with eight years of a parochial education before entering high school.  He also tells of his mother always telling him of the importance of protecting his brain.  As his story continues, he tells of his first week in gym class and his instructor telling the class they need to bring their athletic supporter to class with them on Friday.  Since his grade school education never prepared him for this item, he asks his local druggist to attend his class as his “athletic booster.”

ANGELINA MENDOZA read her four-stanza poem entitled, “I Am From.”  The poem tells of the beginning of her life with each of the first four stanza’s beginning with the words, I am from.  This beautiful poem begins with “I am from a long dirt road, a sharecropper’s shack long gone.”

HELENA QI read her humorous short story entitled, “Where is My Hiding Place.”  The story tells of her fear of being called upon by the Table Topics Master.  After joining the club she always found that lowering her head and looking away had always worked to keep from being called upon – but not anymore.  After facing her fears, she ends her story with telling people to face their fears instead of avoiding them.