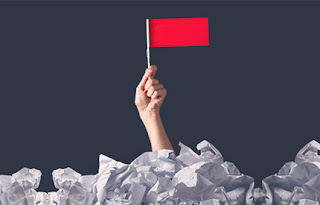 GUEST:  Deborah Laverty from The Times

A vote of approval for the March 7, 2019, minutes was first given by HARDARSHAN VALIA and seconded by Katherine Flotz.

KATHERINE FLOTZ will be speaking at Wittenberg Village in Crown Point on April 29.

TIM PHILLIPART had his poem “The Wall” published by Writer’s Resist.

TIM PHILLIPART read 4 free verse poems.  The first, entitled “Didn’t Know Her Well,” gives a humorous look at a boy receiving the advances of a girl.  The second, “Adjustment of Memory” examines how our memories never quite work the way we want them to—either with the good or the bad.  In “Island Song,” we see that you can leave the city, but it never quite leaves you.  Finally, “Non-Euclidean” takes a fun jab using mathematical language.

BEVERLY STANISLAWSKI read “The Rat Trap,” a humorous tale about a pair of clumsy thieves who follow a man who has just gotten a wad of cash.  Unfortunately for them, he is not unaware of their schemes and manages to turn the tables on them.

CARON VON SEE read Chapter 12 of My Treasure Chest.  In this section, Sara discovers the unidentified key opens a chest in the attic which matches the one she’s seen in Uncle Lorenzo’s portrait.  A ghost confronts her.

DIANE STRATTON read a short article entitled “Dollar Store Righteousness.” This true story describes a young cashier who helps the father of a special needs boy find him in the midst of the Dollar Store items.

MIKE RIPLEY read part 3 from his short novel (commuter novel) entitled Lake Stories.  In this section, the officers and divers are looking for Tommy’s body.  They explain how new divers react to finding a dead body.

HARDARSHAN VALIA read a “Tribute in Memory of the New Zealand Mosque Attacks” taking a poignant look at the collision of hatred and worship. 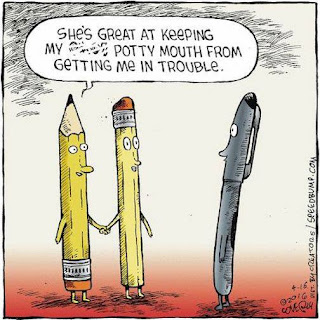 A vote of approval for the February 21, 2019, minutes was first given by HARDARSHAN VALIA and seconded by SHARON BUCKMAN

KATHERINE FLOTZ will be speaking at the Clarendale Senior Center on 30 and Burr on March 19 at 2:30.

CARON VON SEE read Chapter 11 of My Treasure Chest.  In this section, Sara finds out that her sickness is not actually sickness, but morning sickness.  She and Antonio are expecting a baby.

BEVERLY STANISLOWSKI read two free verse poems.  Her first, “Mardi Gras” describes the frivolity of the upcoming holiday before the Lenten season.  The second poem, “The Race” was written after witnessing the aftermath of an accident on her way home from work.

TIM PHILLIPART read 3 poems and a short story.  The first, entitled “She Still Shines,” examines a woman who has suppressed her “sparkle” but still shines.  The second, “Better than Numb” allows the weather, despite its cold, to make us feel again.  “Draws a Blank” describes the struggle to come up with the correct word.  Finally, the short story “First Doubt” describes how small compromises can lead to big trouble.
ADAM SEDIA read two of his award winning poems.  The first, “Arise, You Bones”, utilizes the images in Ezekiel to examine the fall of the Soviet Union.  “To Xi” addresses the wrongs done under the leadership of Chairman Xi, calling him to face those wrongs.

AMY BRAILEY read “The Camera,” a short story from her finish the story collection.  In it, two brothers discover a camera that photographs future events.

JOHN HUNT read the introduction to his novel currently titled The Sparrow’s Sad Song.  In this section, Ryan and Caity race to a cemetery where they see the tombstone of John and Mary Carlton who died one week apart.

DAVE WILGUS read a section from his novel A Cross to Bear.  In this section, Cindy has asked Chad to attend church with her.  He is non-committal and is late to work, where he is berated by the foreman.

AL KOCH read “Home”  from his book entitled Help Mom with the Dishes—Lessons from Life’s Classroom.  This takes a nostalgic look at everything that makes up our definition of home.

HARDARSHAN VALIA read a poem entitled “An Uninterrupted Life at the Terminal Stop” selected under the theme “Dreams” by Cherry House Press Anthology.  This looks at the before and after nature of life.

DIANE STRATTON read the conclusion of her “Couponing for Dummies,” a contrast from how savings used to be made from the current method in the digital age.

MIKE RIPLEY read a section from his short novel (commuter novel) entitled Lake Stories.  In this section, the boy has broken the rules with his friends and gone swimming off Jacob’s pier.  Along the way, he thinks he has passed a dead body, which might belong to one of his friends.

The Meeting Adjourned at 8:15