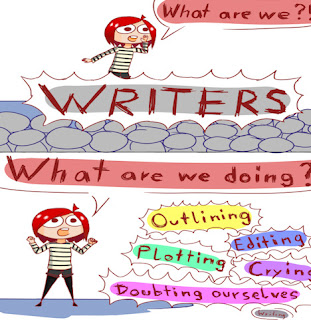 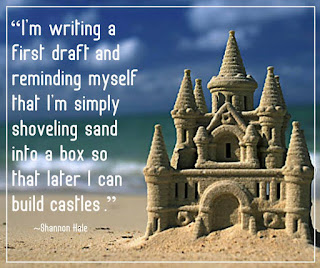 NEW BUSINESS:
We were pleased to host ten students from Amy Brailey’s class as well as Jason Green, their history teacher.  The majority of the students brought readings and a few of the others brought art with them.  They also did an excellent job of helping to critique.

ADAM SEDIA has a new book that was just published entitled, Visions Beyond.  The book will be launched on Saturday, Oct. 20th at the Miles Book Store in Highland at 11:30 A.M.

BEVERLY STANISLAWSKI stated she won first H.M. in the Poets & Patrons poetry contest in Illinois and first H.M. in the Shakespeare’s Challenge as well.  She also won 2nd H.M. for “Bryce’s Paradise,” in an Oklahoma Poetry Society contest as well.

HARDARSHAN VALIA stated he had an article published in a Canadian magazine (Sageing).  The article was entitled “Dementia.”

BROCK ALLCOX read his two-page story entitled, “You’re the Cause.  Also Everyone Else Is,” a fictional story of the aftermath of an atomic war, which had destroyed the earth.

CHRISTIAN FEO read a one-page story entitled, “The Mysterious Kidnappings,” an enticing story of a kidnapping concerning a young man as he approached his house finding the door opened.

ZOE STAPLES read her two-page short story entitled, “The Dream.”  The story involved a girl finding herself on a small piece of land after almost drowning.

AALIYAH COBB read his two-page short story entitled, “October Wind,” a story that began with a young boy attending a new school and remembering what had happened in his previous residence.

TIM PHILIPPART read five short poems.  The first poem, “Both Die, At Least a Little,” a poem concerning two lovers in a lovers quarrel.  The second, “It Is What You Fear It Is,” concerns keeping mist creatures at bay.  The third, “Held Hostage,” is about trying to force yourself to write a poem which, “anesthetizes minds and leaves them numb.”  The fourth poem, “Falling Out Of,” concerns the tragedy of falling out of love.  The fifth poem, “Peach,” concerns falling in love in sixth grade.

AL KOCH read his two-page short story comparing different phases of his life to the month of September.  One sentence in the last paragraph summarizes the story by stating, “What is special about September  is that it engenders both beginning and reflection.”

CAREN VON SEE continued reading four pages of her novel, My Treasure Chest.  In this part of her novel Antonio finally tells Senor Abano why his wife Sara is angry with him, constantly ignoring him and preferring to stay as far away from him as possible.

MARILYN KESSLER read her five-stanza poem entitled, “I Know it’s Fall, For Sure Now.”  The poem relates the natural changes in the fall weather, however, it is not until her mother makes her pot of stew that she now knows for sure.

HARDARSHAN VALIA read his seven-stanza poem entitled, “Three Photos – Ghosts of Friends Left Behind.”  The poem tells of trying to keep in touch with three of his close friends from India by telephone but not realizing what changes there were in appearance until receiving a photo of them.

BEVERLY STANISLAWSKI read one scary Halloween story entitled, “One Scary Night.” The story told of two boys determined to visit a haunted mansion with a huge killer dog on Halloween.  After one of the boys caught his foot on a hole in the porch and almost got caught the story ended with a happy ending.  Beverly also read a six-stanza poem entitled, “Beware the Baba Yaga,” a poem warning children to stay away from a witch as she rides on her broom and promising anything at all.

AMY BRAILEY continued with Chapter 14 of her novel, Jon Everett and the Hall of History.  This part of the novel tells of Jon traveling with a group sent to bring in the wagons and protecting the settlers from the Indians.  The real George Washington mistakes him for a flag bearer and admonishes his disrespectful behavior.