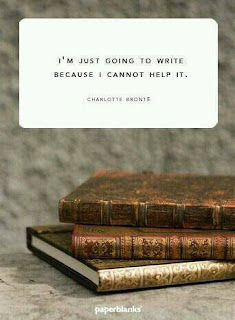 OLD BUSINESS:
A vote of approval for the April 7, 2016 minutes was first given by DAVE WILGUS and seconded by HARDARSHAN VALIA.

The topic for the evening pertained to poetry, the various types and rules.  Our speakers were ADAM SEDIA and BEVERLY STANISLAWSKI.  Adam began with an explanation of the various types of poetry meters; these included Iambic, Trochaic, Anapestic, Dactylic, Spondaic.  He also explained the rhythm and structure of poetry.  SHARON PALMERI provided several handouts pertaining to: poetic structure and meter, rhythm, poetic forms, and other handouts pertaining to poetry.   BEVERLY STANISLAWSKI explained to the members the best things to do, and the worst things to do when entering a poetry contest.

GAIL GALVAN mentioned two poetry contests that the members might be interested in.  The first one was the Tom Howard/Margaret Reid Poetry Contest.  The deadline, all themes, for entering was Sept. 30th which included 250 lines maximum with an entry fee of $10 per poem.  Previously published was O.K.  Site:  Winning Writers.com.  The second contest was AEI Artists Embassy International which had a May 15th deadline for entering with a line limit of 40 and an entry fee of $5 per poem or $10 for 3. The online entry address is www.dancingpoetry.com.

SHARON PALMERI brought two books for members to see.  The first book was Handbook of Poetic Forms  by Ron Padgett. Sharon stated that while the second book, which had the pathetic title The Complete Idiots Guide toWriting Poetry by Nikki Moustaki, was an excellent guide for beginning poets.

AMY BRAILEY read her free verse poem, “The Gathering Tree.”  This beautifully illustrated poem told of rustic pews with a roughhewn pulpit standing beneath a massive tree, surrounded by united hearts in prayer and witnessed by Amy several years prior.

CAREN VON SEE read her three-page story entitled, “Mindful Awareness,” which began with a beautiful description of Feeling, Seeing, Hearing, Smelling and Tasting.  The last page told of the writing performed by Caren and her twin sister Carol, and how they have become a “fine-tuned team.”

ADAM SEDIA read his five stanza poem entitled, “Crocuses.”  This beautiful poem told of the special beauty of the crocuses as they were always the first to appear to blaze the trail for other “blooms that  not yet dare.”

DAVE WILGUS read four pages, Chapter 6, of his ever revolving novel,  The Joshua Henderson Story. In this part of the novel Chad decided to meet Junior after work at a bar called Dixie’s.  After telling Junior he had no part in setting the fire that burned a man very badly, he left the bar.  Chad learned the next day that Junior was involved in a bar fight that left him seriously injured.  He suspected it was due to him.

MARILYN KESSLER read her very thoughtful poem entitled, “The Fate of the Earth.” The poem told of a dream she had where the earth’s sky was no longer blue, the grass no longer green and the birds and butterflies no longer there.  The last line ended with “for it all depends on you.”

BEVERLY STANISLAWSKI read her five-stanza poem entitled, “Eyes Wide Open.” This lovely poem told of a mother giving “wings” to her daughter, setting her free to enjoy the world and hoping she would soon return to the home where she was loved.

DONNA ECKELBARGER read two pages of her children’s book, The Lonely Inch Worm.  In this part of the story Lila Ladybug introduces her friend, Wilma, to all her friends.  Wilma has baked some delicious treats which they all agree was “fan-cricketastic,” and agree to have a party with Wilma bringing all the treats.

RUTHANN GRACZYK read four pages of the beginning of her true novel entitled, “Deadly Intent.”  The novel begins with Susan and Mark, on their fifth date, parking in front of Mark’s parent’s house as they said goodnight.  After parking the car they were accosted by six men.  As the men demanded they leave the car Susan was hit with a rock, causing serious injury to her left eye and Mark suffering from being hit with chains and a steel pole.   After running into the parent’s house the police were called. 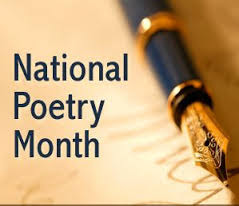 A vote of approval for the March 24, 2016 meeting was first given by RUTHANN GRACZYK and seconded by GEORGE MIGA.

SHARON PALMERI was our speaker for the evening, beginning with asking the members the difference between a plot and theme.  The group discussed “theme” Sharon continued with the description of “plot,” the various types of plots, and plot structure. She asked members to watch a favorite movie they have seen before over the next two weeks to see if they could determine the plot type in the movie. This was accompanied with papers she passed out on these subjects as well as how to plot a short story and the description of a theme.

ADAM SEDIA read his five-quatrain poem entitled “They.” This five-stanza poem endeavored to answer the question we all want to ask, who are “they?”  When a person’s name cannot be given, they “Do not need names when all obey, The word of a mere They.”

BOB PHILPOT continued with four pages of his novel, Strange Friends.  In this part of his novel, Frank revealed how he had met his wife, a waitress working in a diner, as he was on his way to the Yuma airport.  After being seated in the diner he discovered a robbery in progress and took over by throwing scalding coffee in the face of one of the robbers to disarm him.  Frank stopped the other robber, who was standing at the cash register, as the robber bent over to pick up his gun and received a kick to his face.

CAREN VON SEE read two separate poems.  The first poem, entitled  “It Was Hers When She Was,” told in eight stanzas,  the sequence of random items found in her home, each relating to her age at the time.  The second poem, entitled “Friendship,” told of the wonderful attributes of a close friend, ending with “Blended into time – Forever friends.”

GEORGE MIGA continued reading four pages of his novel, The Spin Doctor.  In this part of the novel Cordell Edwards welcomed a surprised visitor and close friend, General Garnett, into his office.  After discussing other friends, including a former President, General Garnett was urged to tell the real reason for his visit, warning Edwards it had to remain classified.

RUTHANN GRACZYK read the beginning of her short story entitled, “Changing Lives.”  This true story tells of the beginning of her dog’s life, almost being run over by a train as it and seven other puppy siblings were left in a box in the middle of the train tracks.  They survived only because the engineer was able to stop in time.

GAIL GALVAN read her eight-stanza poem entitled, “Think About It: Deadly Roadways.”  This poem tells of the dangers and tragedies of some driver’s bad decisions to text while driving.  The poem ends with “Will warnings halt the misery?  Will self-control happen and change reality?”

NEIL BEDEKER read two pages from his novel, Early Retirement.  In this part of the novel two daughters, Annie and Clare, talk of their mother and her messed up life that they want no part of.  After recently moving from Nashville and now living in Chicago, Annie questions Clare’s previous day job interview as both girls need to now find work.