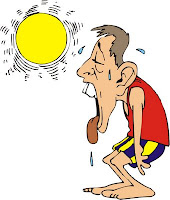 ANNOUNCEMENTS:
Sharon Palmeri announced that the deadline for members to submit to this year’s Hoosier Horizon Magazine is September 30. She mentioned that the guidelines have changed this year because of the growth of our membership. She encouraged all to visit the WOH blog for details. Sharon also asked for a raise of hands of those who have been visiting the blog lately. When not many hands went up Sharon proclaimed a pox on all our houses – jokingly, of course. She encouraged us to check it out as there have been many changes and she has added many helpful links. Also, we should visit the blog to read the new meeting rules and the Hoosier Horizon guidelines.

1. PAM GONZALEZ stated she took a vacation with her husband and didn’t have time for writing this time around.

2. GEORGE MIGA shared how he has been researching his family genealogy and shared the story of a family member that was murdered in the 1920’s. An idea for a new book?

3. NEIL BEDEKER announced that his published book will be coming out in e-book format.

4. RON TRIGG is also involved in genealogical research and is planning to visit Poland. He is studying the Polish language in preparation for his trip.

5. JANE BURNS has been busy rewriting and editing chapter 4 of her story Atalanta. Now she is in the process of writing chapter 5.

6. SHARON JESIK has been busy writing, editing and rethinking point of view for the story she has been working on, Corn Dancer.

7. FRAN VAN VINCKT visited us for the first time. She shared that her daughter found us online and suggested she visit. Welcome Fran!

8. KATHY DZUBLA told us about a box of old books she purchased at an auction. She brought a couple of the books to show. Sharon Palmeri identified one as having been printed in 1901.

9. LUNEIL MORROW was also visiting WOH for the first time, although she is familiar to several members through another writers group, Magic Hour Writers. Luneil shared that she has started to explore poetry writing. Welcome Luneil!

11. KATHERINE FLOTZ told us how she gave five pages of The Journey to her granddaughter, who proceeded to critique her writing.

12. KELLY CHASE said she is done with school for the summer and is bored. Being that she has had nothing to do, she has found plenty of time to write.

13. LAURA CHASE shared that she has a new 9 lb. “mongrel” addition to her family. She also has been taking piano lessons, and because she is also a singer, she has been pursuing the possibility of making a music CD.

14. SHARON PALMERI will soon be free from planning two large events that will be taking place soon. She is looking forward to spending more time on WOH. She has been searching for a location and ordered gifts for our Christmas party. Also, Sharon has been thinking of a way to create a special fund for hosting a special event or for bringing in a special speaker. To raise those funds, she brought in 50-50 raffle tickets for $1.00 each. A drawing for the winner will be at the Christmas party. Whoever wins will get half the funds in the pot. The other half will go to the special fund.

KATHERINE FLOTZ read one page from The Journey, continuing her post-WWII story of Martha and her children. In this passage, Martha recalls how she met her missing husband.

LAURIE CHASE shared a reading from what she described as “a mild science fiction” story, Fast Forward, the story of Kelly O’Callaghan, who finds herself pushed forward through time to the 24th century.

SHARON JESIK continued with her ghost story novel, Corn Dancer, set in Santa Fe. This reading follows Luck, Gar and Cinda as they experience strange occurrences surrounding the death of their friend Doty.

RON TRIGG shared a reading of his memoirs titled The Old Dusty Road, about visiting his grandparents, who lived in Bellair, Illinois.

GEORGE MIGA read a portion of his short story, The Other Man, about a Japanese soldier hiding in New Guinea thirty years after the end of WWII.

SANDRA NANTAIS shared a Triolet poem titled Assembly Line. At the bottom of the page Sandra gave a helpful explanation as to how a Triolet poem is to be written.

KATHY DZUBLA read two opinion pieces, Casey vs Caylee and One Last Breath, both about the aftermath of the Casey Anthony trial and how Caylee’s death points to a larger picture of Kathy’s own personal convictions.

JANE BURNS also shared a memoir piece, titled Kissing the Limitless, where Jane revisits the deaths and funerals of her grandparents.

KELLY CHASE gave us more from her story, The Ring, a tale about a ring with magical powers.

NEIL BEDEKER read what he describes as “a Southern Florida Noir piece” titled Torch Key. He read a portion of the fictional story set in the Florida Keys.

FRAN VAN VYNCKT read her children’s story Elmer, the Fast food Seagull, about a seagull named Elmer who discovers the joys and consequences of eating too many French fries. 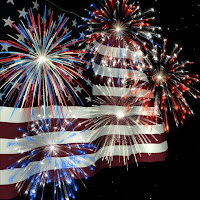 Sharon Palmeri announced it was decided at the last board meeting we would need to change the number of pages each member could submit for our annual Hoosier Horizon Magazine to three. She also stated that the print needed to be Times New Roman, 12 font, 1 1/2 spacing with one inch borders. The title in 18 font (bold) and the author's name centered below the title in 12 font. The shorter bio would be placed at the end of the magazine on the contributor’s page. Submission should be sent to Sharon in the Microsoft documentary file.

1. SHARON JESIK gave some suggestions for a few good books, "The End of Everything,"by Megan Abbot and"Claire DeWitt in the City of the Dead," by Sara Gran.

2. SHARON PALMERI told a humorous story of a book she loved to recommend entitled, "The Book Thief." Unfortunately she couldn't remember the name of the author and couldn't tell us since she had loaned the book out and never got it back. She also mentioned that she has been doing some promotional writing and research about the history of Hobart.

3. TOM SPENCER stated he had just returned from attending the National Federation of State Poetry Society meeting in Dearborn, Mich.

4. BEVERLY STANISLAWSKI stated she has been unable to do much writing lately due to
volunteering at the vacation Bible School for her church.

5. PAMELA GONZALEZ mentioned that the Chapel Lawn is sponsoring a Craft and Classic Auto Show on September 24th. There will also be a space provided for displaying any of our published books for a fee of $25. Pam also stated that she plans to do some promotional writing.

6. SHARON DORELLI mentioned that she is about to become a grandmother again. This time her son informed her it should be a girl.

7. RON TRIGG stated he has written an epilogue for the second edition of "Up and Down the Dunes." The original reflected the works of Emma Pitcher.

8. JOHN COTY stated he and Liz Wilson were married two weeks prior. Unfortunately we had
nothing but cookies and coffee to celebrate with.

9. LIZ WILSON mentioned that she has been working on a new idea for another book.

10. SHARON BUCKMAN stated that she has been busy going back and forth to their cabin and not able to do much writing.

11. KELLY CHASE, now out of school, has been busy working on "The Ring."

12. LAURIE CHASE stated that their dog recently died - this came after just recently losing her mother and father. She also has recently become interested in doing some ancestry work on the computer after finding the picture of a distant relative who looked exactly like her.

13. GEORGE MIGA stated he also has been doing some investigation in this category. He had been contacted by a cousin who wanted some information about her grandmother. During the course of his investigation he discovered that the grandmother had been shot to death in 1923 while holding her baby on her lap. The murderer, after serving a prison sentence, was later discovered by another relative as he worked at a bar.

14. JANE BURNS stated she has been doing some editing and revision on her newest novel "Atalanta."

15. SANDRA NANTAIS has been busy working on genealogy and researching family
history.

TOM SPENCER brought his free verse poem entitled, "Bridges of the Night."The poem relates the vision of an exhausted man's entity floating above his chair, looking down at himself, then "rising above the grasp of earth" and later returning to the comfort of his chair.

JANE BURNS read her nine stanza, free form poem, entitled "Pomegranate Seeds." The poem relates to Greek mythology and is best described by the beginning line of the third stanza, "I am the beginning and the ending."

SHARON JESIK continued with her novel, "Corn Dancer." This part of her novel tells of deceased Doty's friends, Luck and Gar, moving into her house. After awakening in the middle of the night they again find things having been moved and rearranged, adding to this Luck hears Dotty's humming filling her bedroom with the sound of her favorite sonata, Pathetique from Beethoven's eighth.

PAMELA GONZALEZ read a memoir entitled "My Beginning." The memoir starts with the things she had been told by her family and later concludes with happenings she could remember from her childhood, including being displaced to the back of the car when the newest baby came.

SHARON DORELLI read her poem entitled, "Gates." The poem relates to the life of a dog as he is kept imprisoned behind gates and longs to be free.

GEORGE MIGA continued with his novel, "Medal of Dishonor." This part of his novel relates to McCall's involvement with a female journalist and their respect for each other despite their political differences.

SHARON BUCKMAN read the end of her short novel entitled, "A Family Murder." The story ended with the conviction of the victim's wife and tells of the tragic outcome for all involved.

RON TRIGG read a portion of his novel, "Moments on an African Landscape." The chapter entitled, The Bar Scene In Bukavu, related to a typical African bar situated in Bukavu in the heart of Africa. It told of a mixed crowd of local businessmen and workers sitting around tables enjoying the pleasing ambiance and later being barraged by flying katydids. The katydids were then gathered up, cooked and enjoyed by the customers.

BEVERLY STANISLAWSKI read a short memoir entitled, "Warm Goodbyes." The story related to her remembrances of all the various pets she had as a child, mostly given to her by her father, and their tragic endings and burials.

LIZ WILSON read a portion of her newest work entitled, "Grindylow." The story tells of a "down and out" woman named Kelsey that enters a restaurant and is given food that she is unable to pay for. She offers to "take the curse off" of a man working there to pay for her food.

KELLY CHASE continued with her novel, "The Ring." In this part of her story the librarian that has a ring similar to hers, tells of the magic involved with the rings and how the ring possibly chose her.

SANDRA NANTAIS read her haiku entitled, "Sunflowers," and was accompanied with beautiful photographs of sunflowers.

CLICK ON PHOTO FOR A BETTER VIEW
A SMALL GROUP MEETING