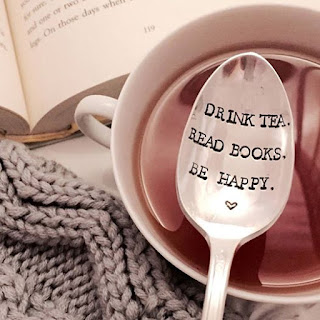 A vote of approval for the August 4, 2016 minutes was first given by RUTHANN GRACZYK and seconded by MARILY KESSLER.

BEVERLY STANISLAWSKI informed the members that the WOH Christmas Party would again be at the LOFS clubhouse on Wed., December 7th.  The members were asked if they would prefer the family style or buffet style for the food, those present voted for the buffet style.  Members were also informed of the book exchange, the 50/50 raffle, a space provided to sell their books, door prizes and the fact that a cake would be provided for dessert, but there would be no wine served this year.

Payment obligation forms for the Horizon Spectrum book were handed out to contributors. Horizon Spectrum consists of stories and poems provided by the members and to be published by Create Space.  The members were also asked to review the literature they were given for the magazine and give all corrections to GAIL GALVAN.

CAREN VON SEE read her two-page article entitled, “THE QUESTION IS – A political Essay.”  The article asked a number of questions, such as, “Are we facing a pandemic of discord?” or “Will we protect Mother Earth or continue to destroy her?”

MARY LU COWLEY (AKA PATRICK M. GREGORY) read four pages of the novel, “Have You Ever Seen the Rain?”  This part of the novel begins with Maddie remembering the day her boss asked her to leave her desk and come join him in his car to witness a drug bust.  After entering the car she suddenly realized they were heading out of the parking lot.  When the car finally came to a stop her boss told her that he was in love with her.

GAIL GALVAN read her four-stanza poem entitled, “A Gypsy’s Treasure.”  In this poem a gypsy wonders what she has to live for.  In the last two stanza’s she realizes, “with a shining smile, a peaceful soul, another pair of wings to soar.”

HARDARSHAN VALIA read his, “Poems for Kids.”  All within one page he read five poems, one stanza each, entitled, “Traveller,” “Glacier From Ice Age,” “Rocky Mountain,” “Papa T. Rex,” and ending with, “Living in Harmony,” a poem describing the importance of giving each other a hand.

NEIL BEDEKER continued reading three pages of his novel, “An Early Retirement.”  Following the robbery of a Brink’s truck, from which the money was never recovered, two FBI men were assigned to follow the leading suspects.  On their first day together, Agent Mapes and Agent Berman are finding it difficult to converse with each other as they travel through Georgia.

MARILY KESSLER sang a song she had quickly composed entitled, “President Who?” The poem, sang to the tune of the “Star Spangled Banner,”  asked the question of who the upcoming president might be.  The last line stated, “ask me if I care – you bet I do!”

RUTH ANN GRACZYK  (AKA ANN HUNTER) read two pages of her true short story entitled, “Typical Chicago Day.”  The story told of four women heading towards the Chicago Water Tower when they spotted a man lying on the sidewalk, appearing to be dead.  After someone else joins them and calls 911, they see another man running to them from across the street.  This man, roughly nudging the man on the ground, tells him to “get up, the show’s over.” He does and slowly walks away.

SHARON BUCKMAN continued reading three pages of her sequel, Beyond the Canopy.  This part of the sequel told of Harold, a young man who had lied to the police in trying to protect his father, now having to tell the truth about why his father had hidden a known kidnapper and rapist.  The father, realizing that the police would probably soon come after him, tries to find a place to hide.

BEVERLY STANISLAWSKI read two of her sonnets.  The first, a Shakespearean sonnet, was entitled, “Creative Juices.”  This sonnet told how most people will “put our own twist on what we say,” on things that we have heard from others, which does not involve our own imagination.  The second poem, a Petrarchan Sonnet, entitled, “Looking for Love,” told of an untrue lover breaking a woman’s heart and who now looks for a true lover that she would gladly give her heart to. 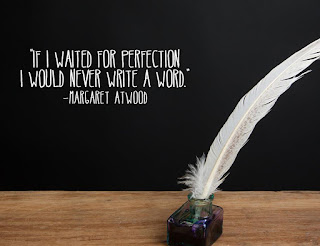 A vote of approval for the July 20, 2016 minutes was first given by BEVERLY STANISLAWSKI and seconded by RUTHANN GRACZYK

CARL CABANAS gave a fifteen-minute discussion concerning the brochure he passed out for the members entitled "The Facts of Fiction."  The brochure included Military Myths Dispelled, as well as A Police Procedure Cheat Sheet.

MIKE MUSAK continued reading four pages of his novel, The Earth Report.  In this part of the story, Chapter 2 – Creation, Gorp was giving the elders a progress of the mission involving sending two agents to Earth.  The elders soon began asking questions, such as, why are humans so wet from perspiration?  Gorp also had to explain that there were several areas on planet Earth still quite primitive.

ADAM SEDIA read four stanzas of his delightful poem, Waves.  The poem described the waves in their “soft, serene rhythm sounds, slowly lulling, lulling, lulling,” and capturing the beauty of the waves as they die against the land.

CARL CABANAS read his poetic story entitled, “Eyes of the Neighborhood.”  As he begins each line with the words “I watch,” Carl tells the sad story of a man walking down the street, becoming a victim of street violence as others watch, but sadly saying nothing.

BEVERLY STANISLAWSKI read her two-page short story entitled, “Their Song.”  The story begins with an older woman standing in front of a jukebox playing a favorite song she and her husband had enjoyed years before.  The song brought back wonderful moments they had enjoyed together and had now slipped away, until he suddenly comes up behind her and replays the song and dances with her.

GEORGE MIGA continues with his novel, The Spin Doctor.  This part of the novel, taking place in the mid-eighties, begins with Garnett trying to convince Edwards, a crisis management planner, to call the President as soon as possible.  Since the Secretary of Defense is trying to convince him as well, he at last, reluctantly agrees without knowing what they are expecting of him.

ANNE HUNTER read her seven-stanza poem entitled, “Missing Lynx,” written in honor of her vagabond cat, a cat who she kept, and loved, for 13 yrs., losing him to “uncontrollable diabetes.”

ANDY KUCK read his 29 stanza, four page children’s poem, entitled “Sam Stoople and the Country of Thyap.”  The poem begins with a boy named Sam reading a book in school, a book that was so boring that he said, “No more,” and continued on his journey to try to discover a distant land.