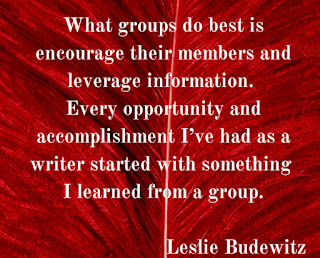 Minutes: Read and approved by Shirley Vaughan and Dennis McLean

Readings:
Al Koch considered “The Sameness of Us” where our sameness and differences increase the quality of life.

John Hunt read from Chapter 2 of his work, The Sparrow’s Sad Song. We learned more about Caity and her mother’s troubled relationship and Ryan’s health issue.

Dennis McLean offered Chapter Three, “The Unicorn’s Horn” from his novel, The Eye of the Gift Horse. Children in Miss Knott’s class don’t seem to know where Russia is on the map. Morris knows how to challenge the teacher’s authority. Her punishment threats were unconvincing.

Beverly Stanislawski presented two poems. “The Luck of Canary Jones,” was about a junkman and his activities as he travels around the alleyways. “The Eagle Has Landed” relates the once greatness of an eagle, now found dead.

Marilyn Kessler continued in Chapter 7 Life goes On. John is preparing to take his injured brother, Kiddo, back home. It was an arduous journey. However, John was happy to meet his brother’s family when they made it home, safely.

Sharon Palmeri’s “On Call” told of the moon being “responsible” for an increased number of babies born nocturnally. Sharon also related some interesting first-hand accounts of dealing with pregnant women when she was on call.

Gail Galvan’s poem, “Miracle Million Dollar Baby,” praised the winner of America’s Got Talent. Young Kodi, is an autistic, blind pianist and singer. She also offered some poems about the creative spirit and holding on to your dreams: “Tree Climbers,” “Choices,” “Helen’s Vision,” “That Fire,” and “Dream Keepers, Dream Makers.”

Mike Ripley presented more of his novella A Reason to Come, a crime mystery story. Officer James Palmer learns a little more about people and events concerning the murders of the four men. He decides to visit the relatives of the victims to get more information to help solve the cases.

Helena Qi took us on another travelogue adventure, this time to “Pisa, a flourishing mid-sized Italian city.” She stated fascinating facts about the famous 800-year-old tower, including why it leans and what they tried to do to get it to stand upright. The photos she included helped us to see various sights that she witnessed on her trip.

Shirley Vaughan read Chapter Three, “Chaos,” from The Path of Their Existence. The Military in Unified Nation believe they were being attacked by other countries, so they set off their nuclear weapons, not realizing that the only threat to their country is from a computer hacker. There is suddenly a strange lightning in their area…” 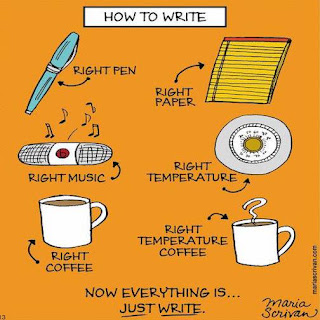 MINUTES:
Read and approved by Dennis McLean and Diane Stratton.

Mike Ripley’s Lake Stories is being edited and submitted to agents
Gail Galvan is still working on her book, Problematic President Dangerous Dictators, and will be publishing it soon as an eBook and paperback.
Al Koch will have his book available next meeting.

READINGS:
Dennis McLean read his poem, “All the Fire Flies,” comparing life’s span to the short glow of a firefly. He also continued his The Eye of the Gift Horse where Sidney has finally beaten Spook at his own staring game. Sid survives the Snap-Up Tree and awaits to see Indian Rock.

Katherine Flotz presented an excerpt from After the Pebbles, a biographical account including her marriage, a honeymoon that was postponed because of her illness, and the surprising, early birth of her son Peter after a night of waltzing.

Al Koch offered “Table Topics” which included numerous ice- breaker questions one might ask family or friends during holiday gatherings, including these: What is the best thing that happened to you last month? If you could be invisible for a day, what would you do? What was your worst dating experience? and  What’s your craziest fantasy?

Beverly Stanislawski read her children’s story, “Gladly, the Cross-eyed Bear.” It told of the cub’s problems with seeing doubles of everything. On one occasion he showed his bravery by jumping into raging waters to save his sister(s). His heroic deed caused an injury that seemed to correct his eyesight.

Gail Galvan presented a promotional flyer to ask for feedback on her eBook which details some of  her true and partly fictitious experiences walking to campaign for the 2018 primary elections.

John Hunt continued reading The Sparrow’s Sad Song, Chapter 2. Ryan has not come to expect that his mother would be a loving, caring parent. He was suffering from a sore throat, but she was unresponsive, lying in bed in an alcoholic state. His one friend Caity and he do have a special relationship which included holding gloved hands which got “frozen” together. Ryan’s health grew worse the next day at school. Caity ran for help, but he collapsed before she returned.

Mike Riley’s “A Reason to Show” had us wondering how this mystery of four, dead men would be solved by Detective Allen. Their bodies were discovered in four different cemeteries. While he was at the services for the murdered military man, “ he felt a chill and then noticed a man coming up a hill toward him.”

Shirley Vaughan offered some Chapter 2  pages of her science fiction /fantasy story, The Path of Their Existence. Computer hacker, Scott, has already entered false information into the defense department’s computer system on planet Turaeus. Now he panics about what he has done. He tries to correct it, but is too late. The warning siren continues to sound as the crew members go through their final countdown before… three, two, one, CONTACT, and all five people push their buttons and say a silent prayer.

Helena Qi took us on a trip to Venice and described some wonders and some problems of the famous city. This was the fourth part of her travel accounts that she is writing for her family. Her “travelogue” included such things as St. Mark’s Basilica, built in the 11th century, two types of vaporetto (boats) traveling down the Grand Canal, and their Hotel Mercurio, with its  friendly staff and good food. Problems included the fact that the city is losing population at an alarming rate, and climate changes, floods, and the high cost of living contribute to Venice’s possible downfall. Helena wondered if Venice will devolve into a decaying theme park in the future.

Diane Stratton reminded us how “Unexpected Acts of Kindness” can be exercised every day. Even little acts of kindness can mean a lot: Someone holding open a door for you, or leaving some loose change by a register for someone else to use, or friendly greetings to and from store clerks. Being helpful to the elderly, and helping a stranger are just two more ways to earn some Godly “poker chips” that we can use to judge just how much unexpected kindness we have shared.