A vote of approval concerning the meeting on March 6, 2013 was given by DONNA DOUGLASS and seconded by GAIL GALVAN.

SHARON PALMERI announced that a surprise guest speaker has been chosen for the Dec. 4th Christmas Party.  The speaker will focus on publishing and marketing.

MICHELLE VARGAS mentioned there would be a Midwest Writer’s Mini Conference in Brownsburg, Ind. on April 13th from 9:00 A.M. to l:00 P.M.  Another Writer’s Workshop was mentioned for Greensburg, Ind. which would feature Editor/Publisher Debbie Hurt.

SHARON PALMERI also mentioned there will be a three day Midwest Writer’s Workshop from July 25th to the 27th with a registration fee of $350 for three days, $250 for two days, and $125 for one day.  Anyone interested in more information, including times and subject matter please check the website, www.midwestwriters.org.  PALMERI also mentioned that she will be serving on an Individual Artist Program panel at the Indiana Arts Commission in Indianapolis on April 10th and 11th.  The purpose of this panel to choose recipients for award grants in literature.  They will need to show that they are working on a particular project at least, do not necessarily have to be published. The Individual Artist Program (IAP) supports individual artists and specific project related costs that will have a positive impact on the artist’s career. She explained that the program is not designed for community projects.

BEVERLY STANISLAWSKI read her short story “The Passover Lamb.”  The story, which had won a prize in the Tennessee magazine, Grandmothers Earth, told of a young boy taking his family’s lamb to the priest for the annual Passover sacrifice.  On his way there the lamb escaped and was unable to be found by either the boy or a helping stranger.  Later the stranger explained to the boy, after encountering Jesus being dragged to the cross, not to worry, “his sacrifice will make atonement for our sins.”

RON TRIGG read four pages of his memoir, The Alluring Temptress.  This part of his memoir, entitled “Chicken on a String,” told of his trip in West Africa to the Upper Volta in 1980 to the village of Sabou.  The purpose of the visit was to view some African wildlife.  After negotiating a deal to view some crocodiles they discovered that the crocodiles were being lured out of the water with dead chickens tied on a stick.

GAIL GALVAN first read her free verse poem entitled, “Fifties Farewell, “which told of her fond memories of that time as she now approaches the age of sixty.  Her second poem, entitled “Sunshine Kisses,” pertained to everyone having a “Happy Easter,” and ending with “new beginnings, sunshine kisses and springtime’s playful call.”

JANICE BEIER read her cover letter for a children’s story she has written entitled, Beautiful.  The letter is told from the perspective of a seed which has been planted in a backyard garden and “offers vivid descriptions of nature,” with the recurring refrain, “When, Oh When, Will I Be Beautiful.”

KELLY CHASE read two pages of her short story, “Stormy Night.”  This chilling part of her story tells of Lizzie, the house guest of Jamie, viewing the scratches on Jamie’s face and apologizing for bringing the terrible “man with wings” to Jamie’s house.  Lizzie thanks her and leaves to save her new friend.

LUNEIL MORROW read three pages of her “Development of Main Character.”  The purpose of this was to develop the characteristics of the main character in Luneil’s children stories, Lottie Nora (Mundy).  This began with giving the physical description and then telling her personality traits, background, inner conflicts, external conflicts and education.

MICHELLE VARGAS read four pages of her novel, Striving After Wind.  This forceful part of her novel dealt with Patrick stating that he wasn’t going to sell the land to the gun club.  The ensuing riot that soon followed ended with Adam trying to save the life of Tabitha and having to kill the man who was trying to kill her.

JANE BURNS read four additional pages of her novel, Atalanta.  This part of her novel began with Atalanta’s initiation.  After being led out into the fields beyond Urtygia,  Atalanta was told to “stay alert, stay focused, stay awake,” as they left her for the night, awaiting for the Goddess to come for her.

GEORGE MIGA read four more pages of his novel, Medal of Dishonor.  The novel continued with President Johnson still pursuing the rightful recipient of the Medal of Honor.  After awarding the Medal to his Secretary of the Army he is about to learn that it has probably gone to the wrong man.

DONNA DOUGLASS read four pages of her short memoir, “An Autumn in New York.”  This part of her memoir took her back to l995 at the Algonquin Hotel where she encountered an old boyfriend with his aunt and daughter.  After having a short visit by themselves in Central Park they parted with a short hug.  She learned of his death a year later from a heart attack.

SHARON BUCKMAN read four pages of the sequel to her novel, Canopy of Leaves.  This part of the sequel entitled, Beyond the Canopy, told of Anne’s constant feelings of being watched as she encounters another unexplained episode when she is outside by the river. 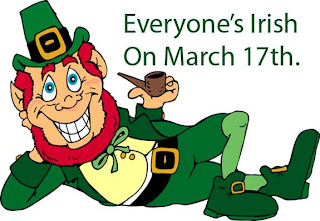 OLD BUSINESS:
A vote of approval for the February 20, 2013 minutes was first given by DONNA DOUGLASS and seconded by JULIE PERKINS.

NEW BUSINESS:
A discussion was held by the members for a possible award to be given for the most acceptance and or rejection letters, non-contest, received by one member starting January 1st of this year.

GAIL GALVAN  has decided to temporarily take a traditional publishing route for her new book New Jack Rabbit City. She said she has sent queries to Chicago agents and publishers, but has yet to hear back from any of them.  She received an email rejection letter from Stephen Barr, Lit agent at Writers House in New York. The agent stated, “Despite its poise and polish, I wasn’t wholeheartedly connecting with your writing.”

NEIL BEDEKER mentioned he had attended a Writer’s Conference while in St. Petersburg, Fla.,  and found that Allium Press in Chicago was interested in historical facts concerning Chicago.  This info was interesting to Neil as well as JULIE PERKINS, both writing novels concerning the Chicago World’s Fair.

JANE BURNS announced that a short article she had written on Jackie Tyler had been accepted in the Not-Radio Times Doctor Who anniversary special.

TOM SPENCER stated that this Saturday, March 9th, from 6:00 to 8:00 P.M., would be the last poetry meeting hosted by the Lowell Library.

GEORGE MIGA continued with four pages from his novel, Medal of Dishonor.  This section of the novel began with McCall, Eleanor, Tony and Cordell Jackson meeting with President Johnson to discuss who should actually be the recipient of the Medal of Honor.  Since the medal had already been given to Oliver Crawford, who had recently been named Secretary of the Army, by President Johnson, it was, to say the least, quite a problem for the President.

DONNA DOUGLASS read four pages of her short memoir, “Detour Down Christmas Tree Lane.”  In the beginning of her memoir, Donna told of her experience working as a part time teacher for a Jewish school in 1997 in Atlanta.  The story began with a T.V. truck pulling up in front of the school to tell of the destruction caused when red swastikas had been sprayed on the drive, buildings and lawn.  Donna told of having a difficult time trying to explain why anyone could hate people they never knew.

SHARON DORELLI read her delightful one page memoir entitled “Waiting For Peter Pan.”  The memoir told of her fascination with Peter Pan as a child and waiting nights by her bedroom window waiting for him to come.

GAIL GALVAN read her narrative poem entitled, “Katfish Karma.”  The poem told of her dismay at the time wasted by people looking for love on the internet.  Adding to the problem of deception was the waste of time involved instead of actually looking for the real love of your life.

RON TRIGG read a four page memoir about his childhood in North Hammond.  The memoir entitled, “An Unlikely Naturalist,” told of his fascination with all things involving the natural world, including jars of insects, centipedes, etc., and ending with his most prized possession, a dead baby alligator.

JANE BURNS continued with her novel, Atalanta.  In the beginning of this part of her novel the women of Urtygia surrounded a pyre of wood, holding a funeral ritual for one of their elders, Ella.  Several men came to help lift the body into a hollow log, placing it on top of the pyre, thereby beginning the ritual with the women calling their goodbyes by yelling “go back, go back home.”

TOM SPENCER brought his seven stanza poem entitled, “Lost Love.”  His narrative reverse poem told of the wonderful memories, thoughts and visions he endured while standing alone upon the shore of a barren beach.

JULIE PERKINS read her 18 line heroic couplets poem entitled, “Refuge.” The poem related to a child’s version of a battlefield during World War 11 as he compared his bedroom floor, with all the soldiers, race cars and rubber toys to a battlefield.

MICHELLE VARGAS read her two page synopsis of her novel Striving After Wind.  Her historical novel told of the Tolleston Gun Club of northwest Indiana during l876 and the coveted piece of property being sold only after Tabitha is wounded in a gun battle.  The synopsis ends with Tabitha raising a young boy that turns out to be her nephew.

KELLY CHASE continued with her short story, “Stormy Night.”  Jamie, after spending an afternoon raking leaves with Lizzie, has another nightmare involving Lizzie and the large bat-like creature that leaves three large scratches on her face when she awakes.