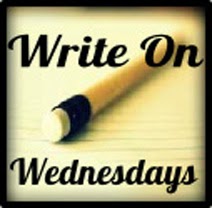 A vote of approval for the November 20, 2013 meeting was first given by DONNA DOUGLASS and seconded by SUZIE STUEBEN.

SHARON PALMERI mentioned the Times article and pictures that had been published in the January 6, 2013 edition. The article was about Write-On Hoosiers 25th anniversary  banquet which was held at the Lakes of the Four Seasons Clubhouse.

KATHY FLOTZ mentioned to any member that was interested in talking about their published book, or books,  to call Barb Houk at the Crown Point library.  The telephone number is 219-663-0270, the next meeting is scheduled for February 4th at 2:00 P.M.

BEVERLY STANISLAWSKI talked about a project she has been working on with a friend. Beverly is doing the verse with the friend doing the music, they are now working on the copyright.

SUZY STUEBEN stated she has started a blog and will supply additional information at the next meeting.

DONNA DOUGLASS mentioned that she is beginning a new project which will possibly involve writing a fiction novel concerning Vincent VanGogh.

JANE BURNS recommended a book she had recently read entitled  The Aklchemist, by Pavlo Cockho.

JANICE BEIER read four pages of her young novel entitled, Crossing Lines.  The novel begins with a young woman telling her best friend of something that happened to her in 2009.  The incident concerned a violent encounter with her boyfriend  in which she had received numerous cuts and bruises.

SUZY STUEBEN read her one page comical Christmas letter entitled, “Mrs Walter’s Christmas Letter.”  The letter begins with promising she will stay off the roads so they might have a “safe trip” during the holidays.  The letter ends with promises to all of them that she will have a “safe and boring year trapped in the house so she can cause as few problems as possible.”

SHARON BUCKMAN read her one page article, written eight years prior, entitled “Recession?”  The article tells of her trip to the supermarket as she plans her Easter dinner for sixteen people.  Trying to keep within her budget, she tells of how many times she needs to change the menu in the “slowed down” economy.

JANE BURNS read her eight stanza poem entitled, “Extubated. ”  The poem, rich with imagery, describes the vision she witnessed as her father struggled through a near death experience.

DONNA DOUGLASS read four pages of the beginning of her novel entitled, Starry Starry Night: A Return to Light.  The novel begins with her Fourth of July trip to visit her daughter and husband. On the return trip home she encountering a beautiful sunset, and the sudden voice and image of Vincent Van Gogh in her passenger seat.

MICHELLE VARGAS read two pages of her newest novel, Salt and Light.  The premise, “a city slated for annihilation takes human form to convince a newly ordained minister to save it,” gives promise of being a good, and very interesting, read when it is completed.

BEVERLY STANISLAWSKI read her seven stanza, free verse poem, entitled, “Miss Gallagher.”  The poem tells of her remarkable fifth grade teacher and how much she had learned from her, after adjusting to her Irish brogue.

The meeting was adjourned at 8:30 P.M.
Respectfully submitted: 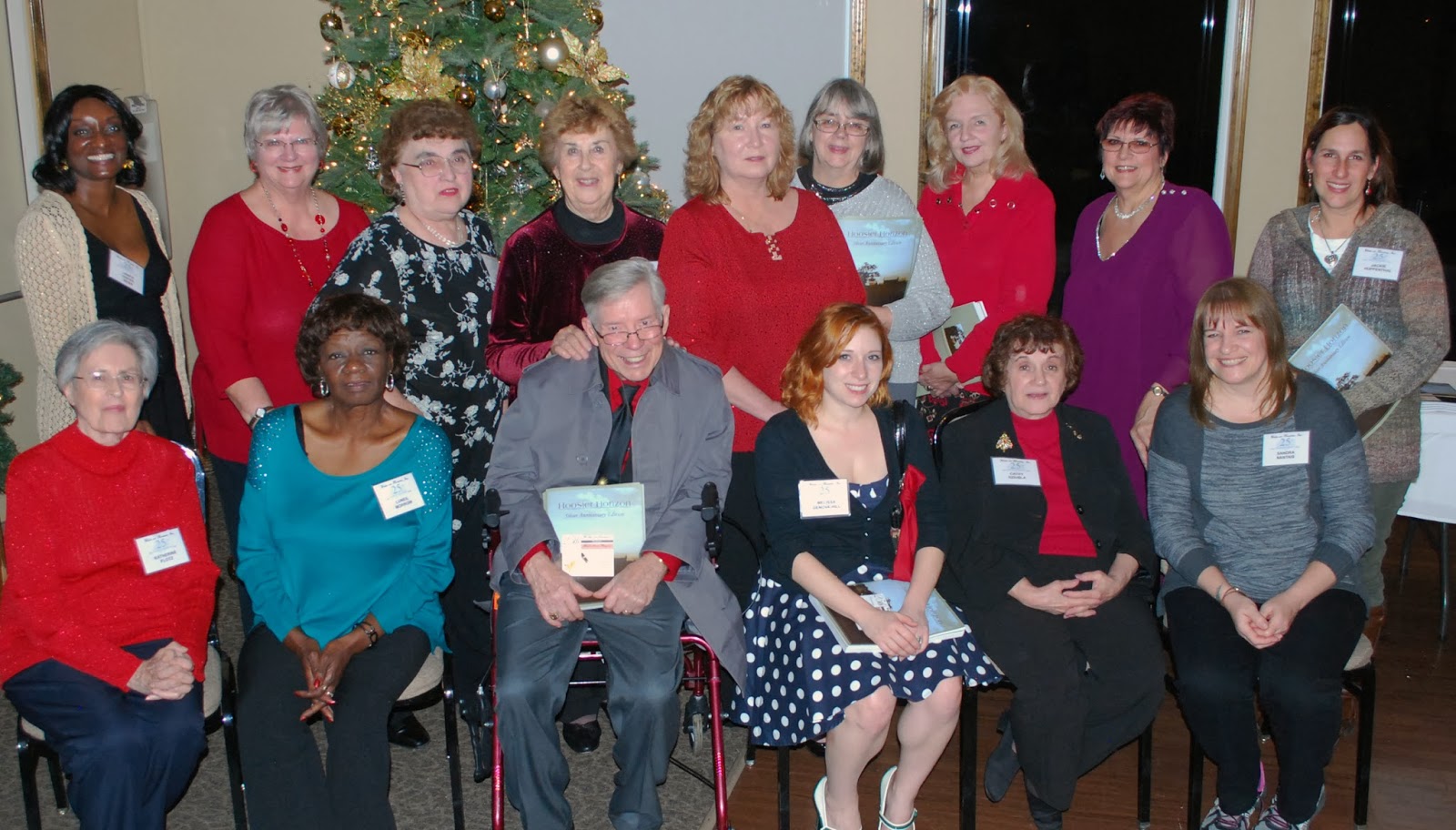 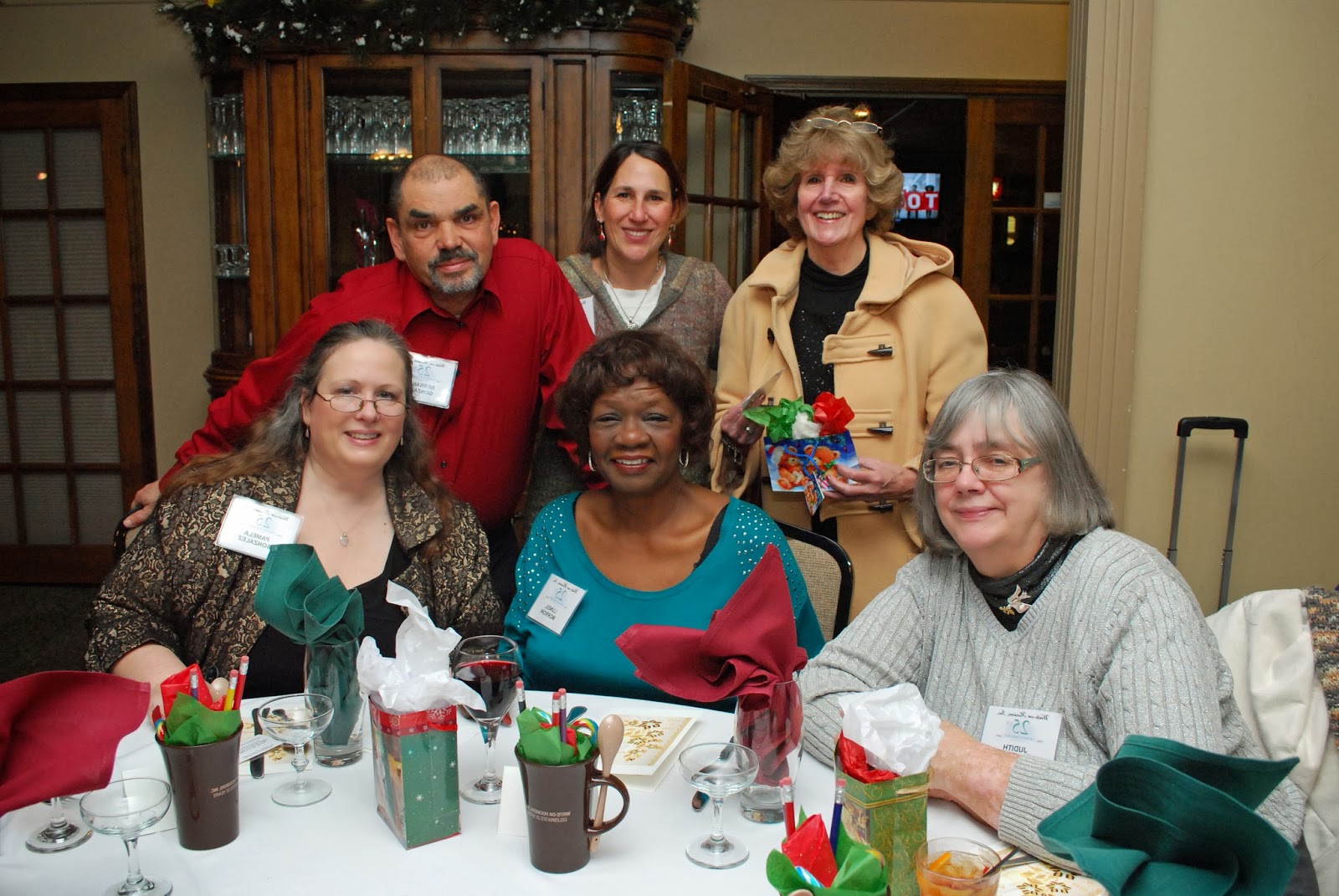 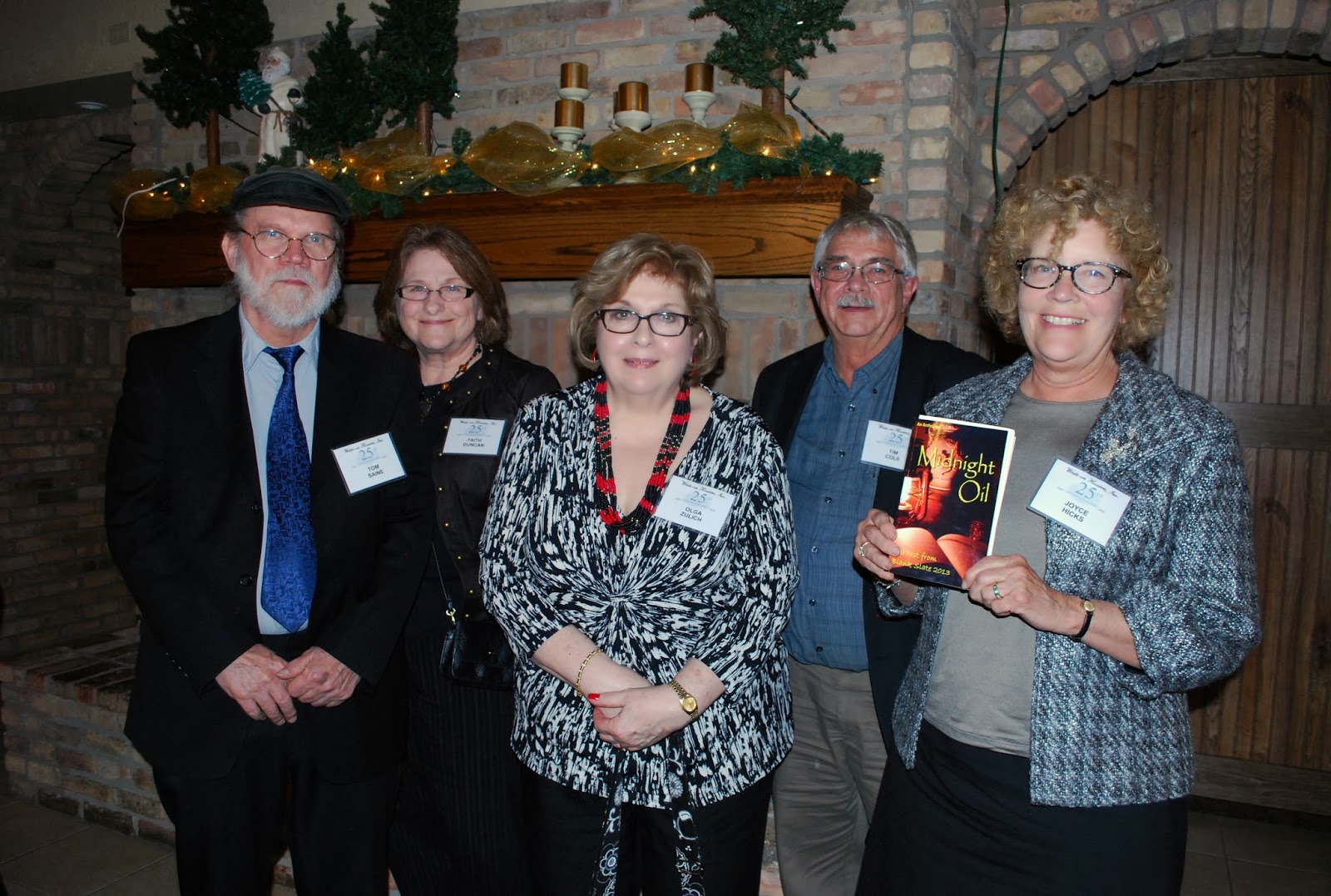 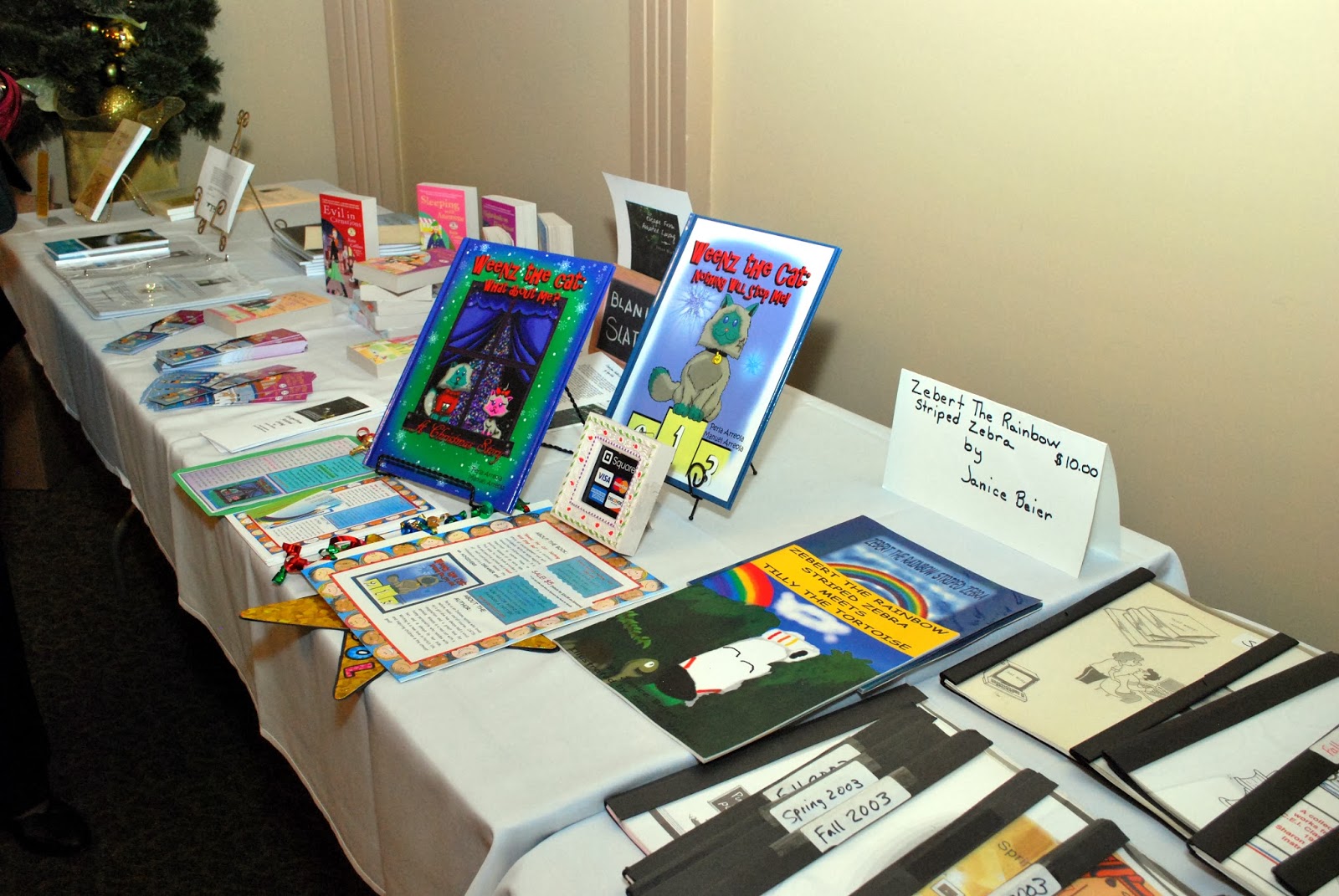 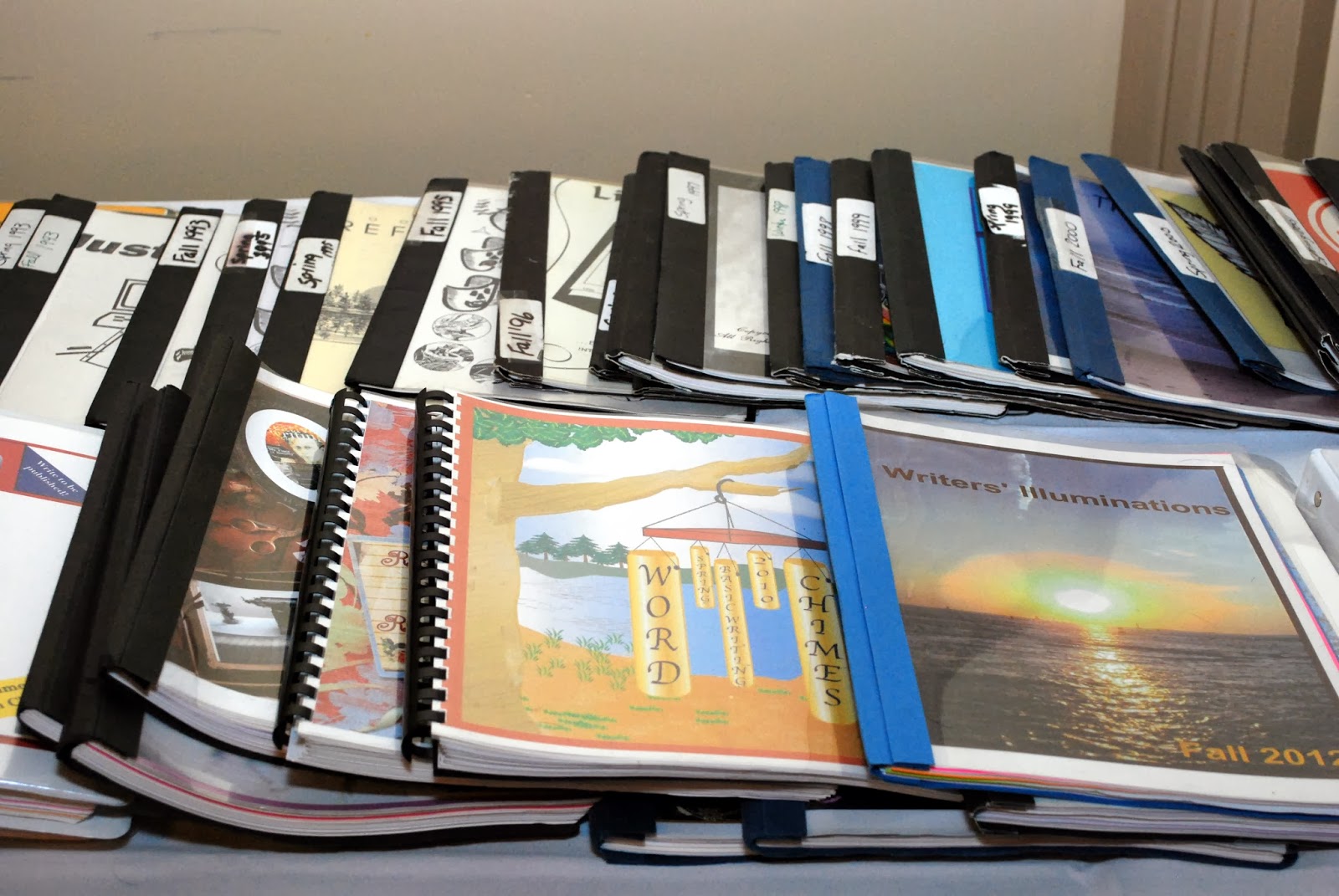 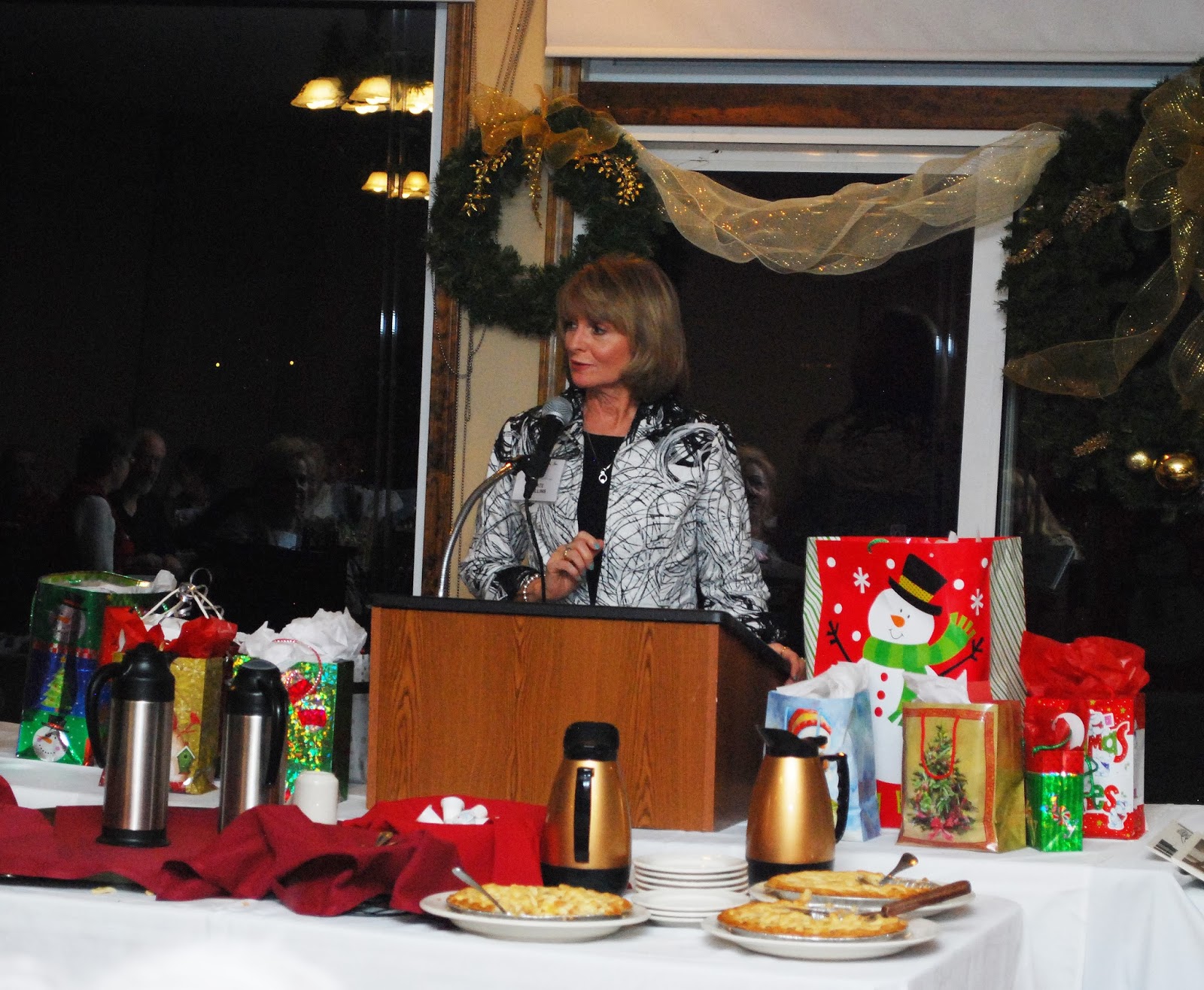 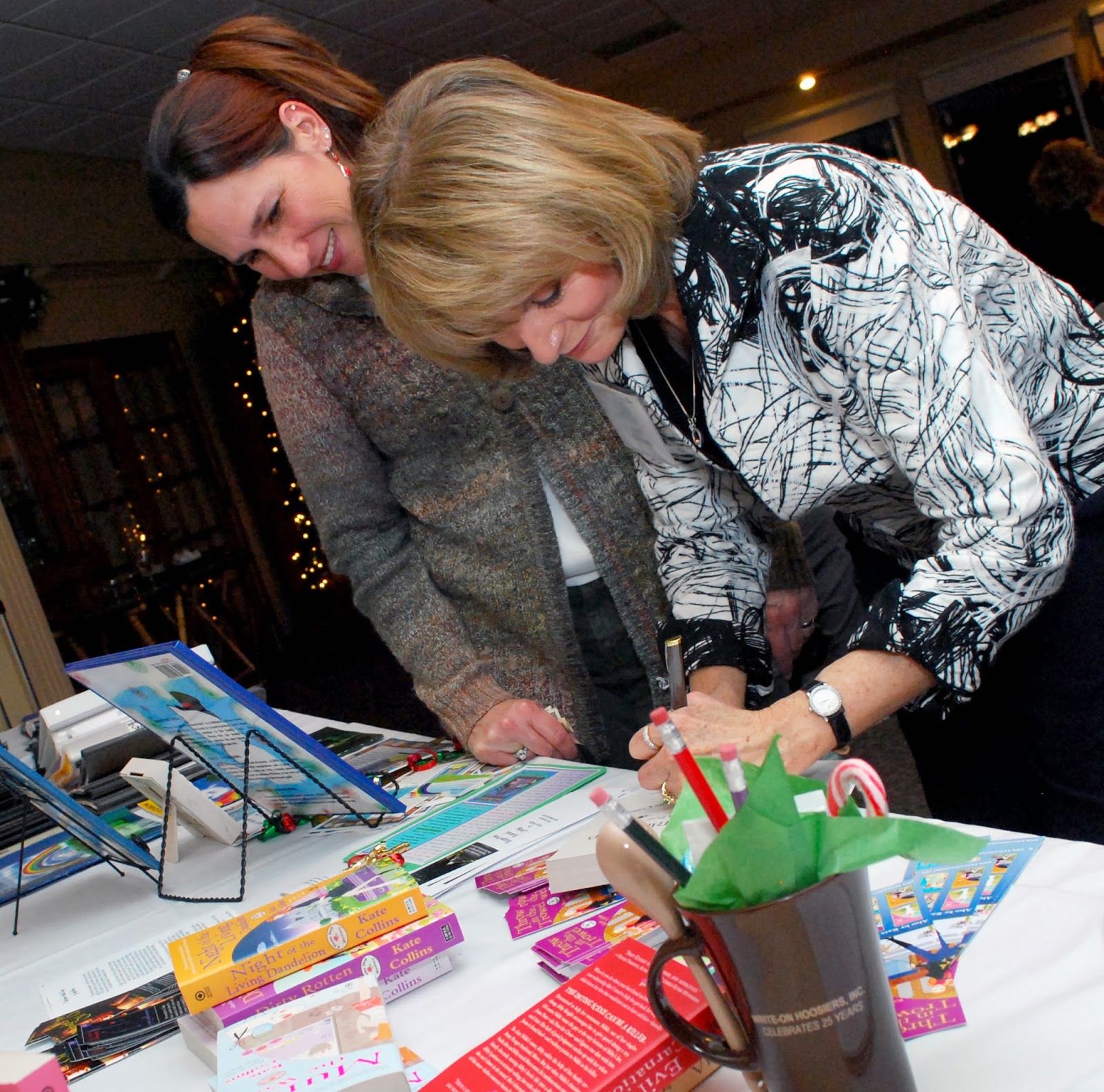 Kate signing a book for Jackie 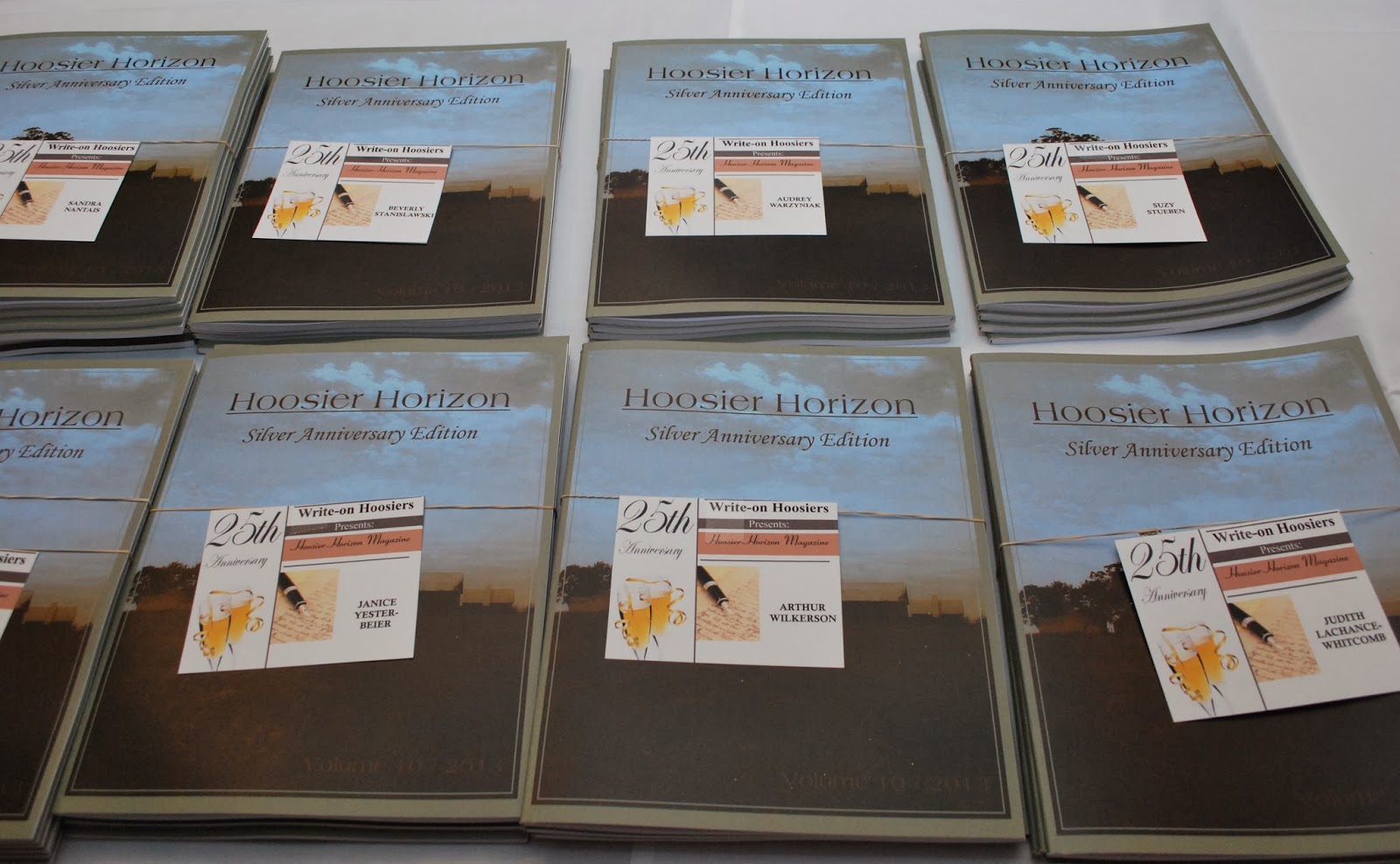 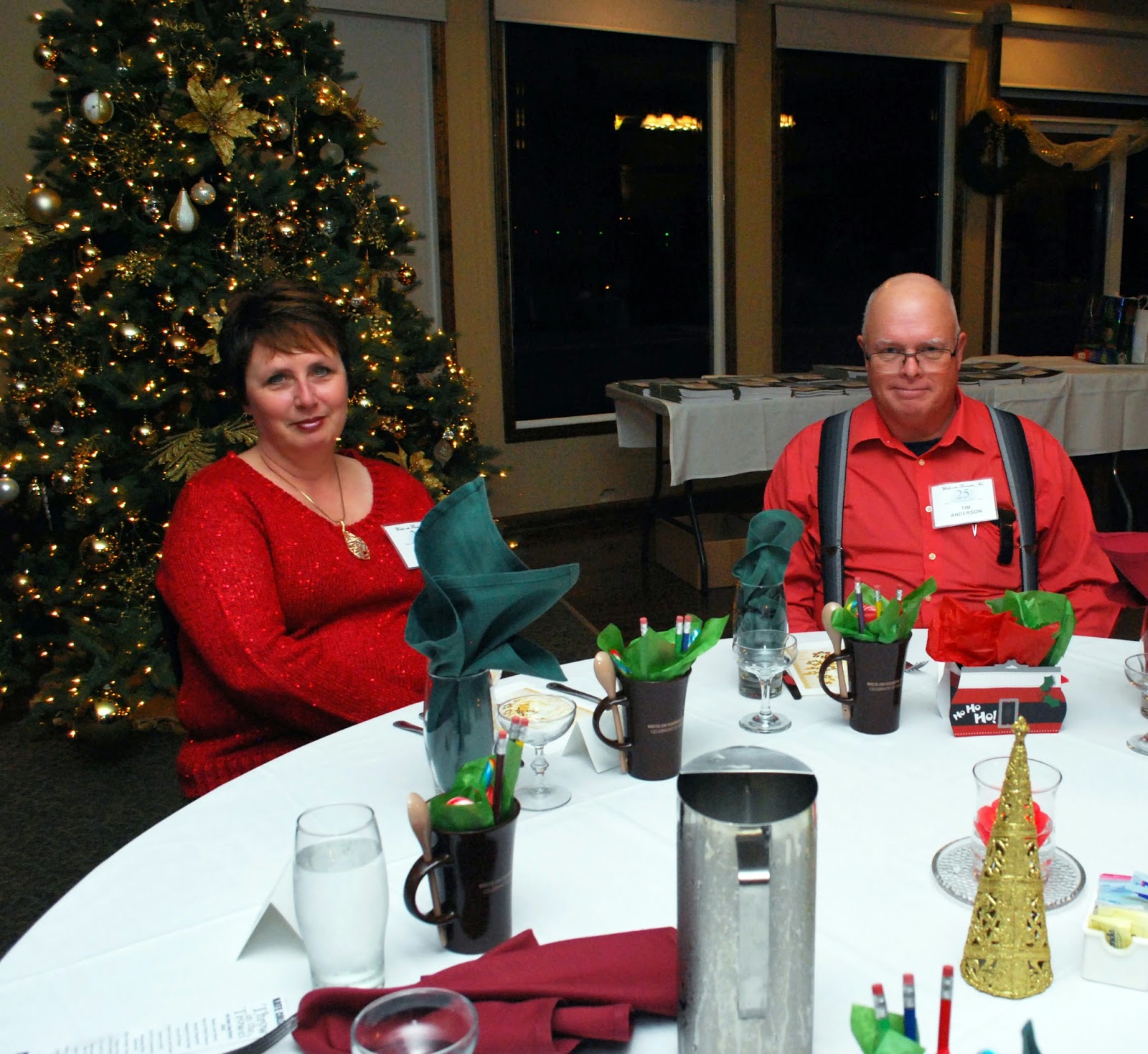 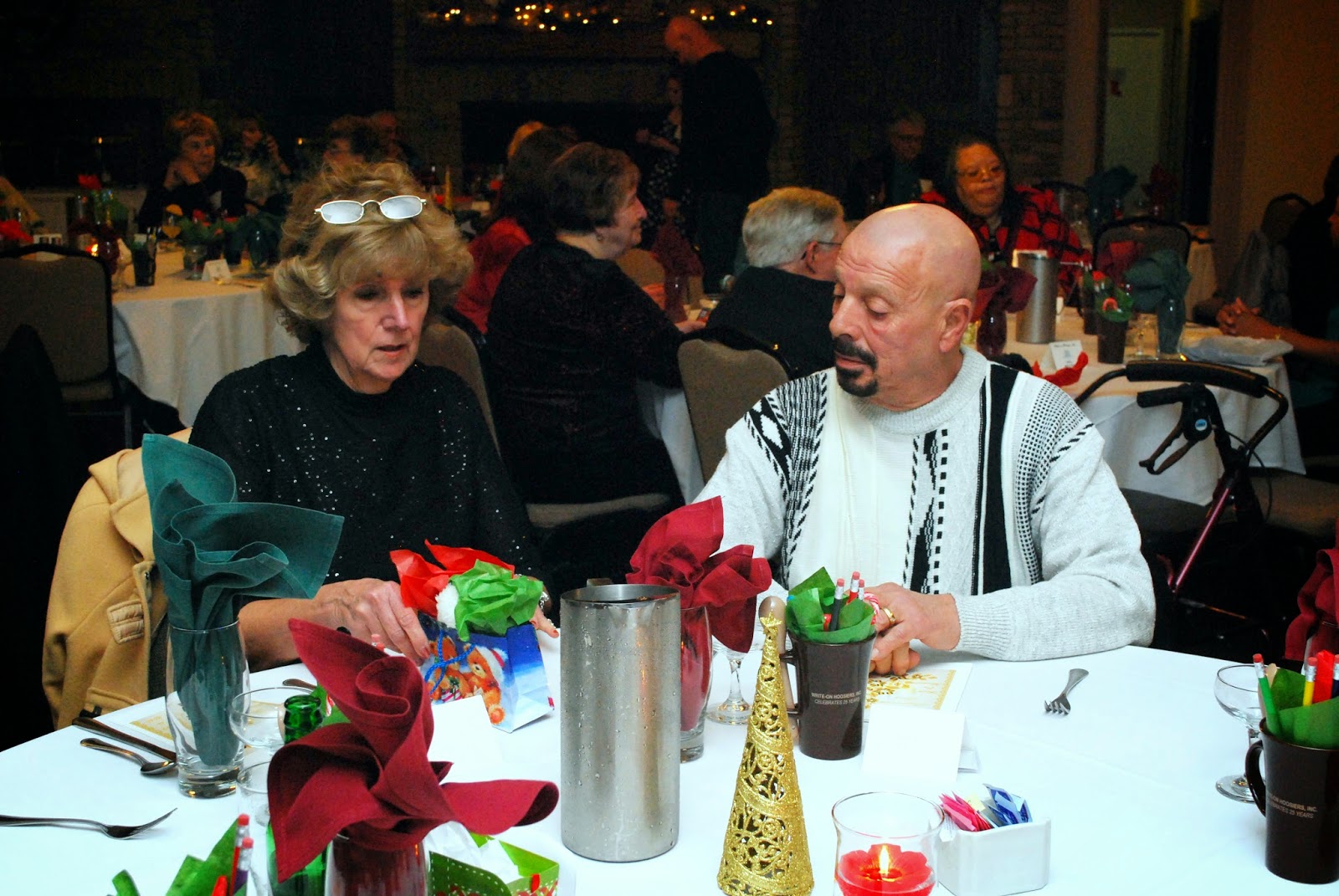 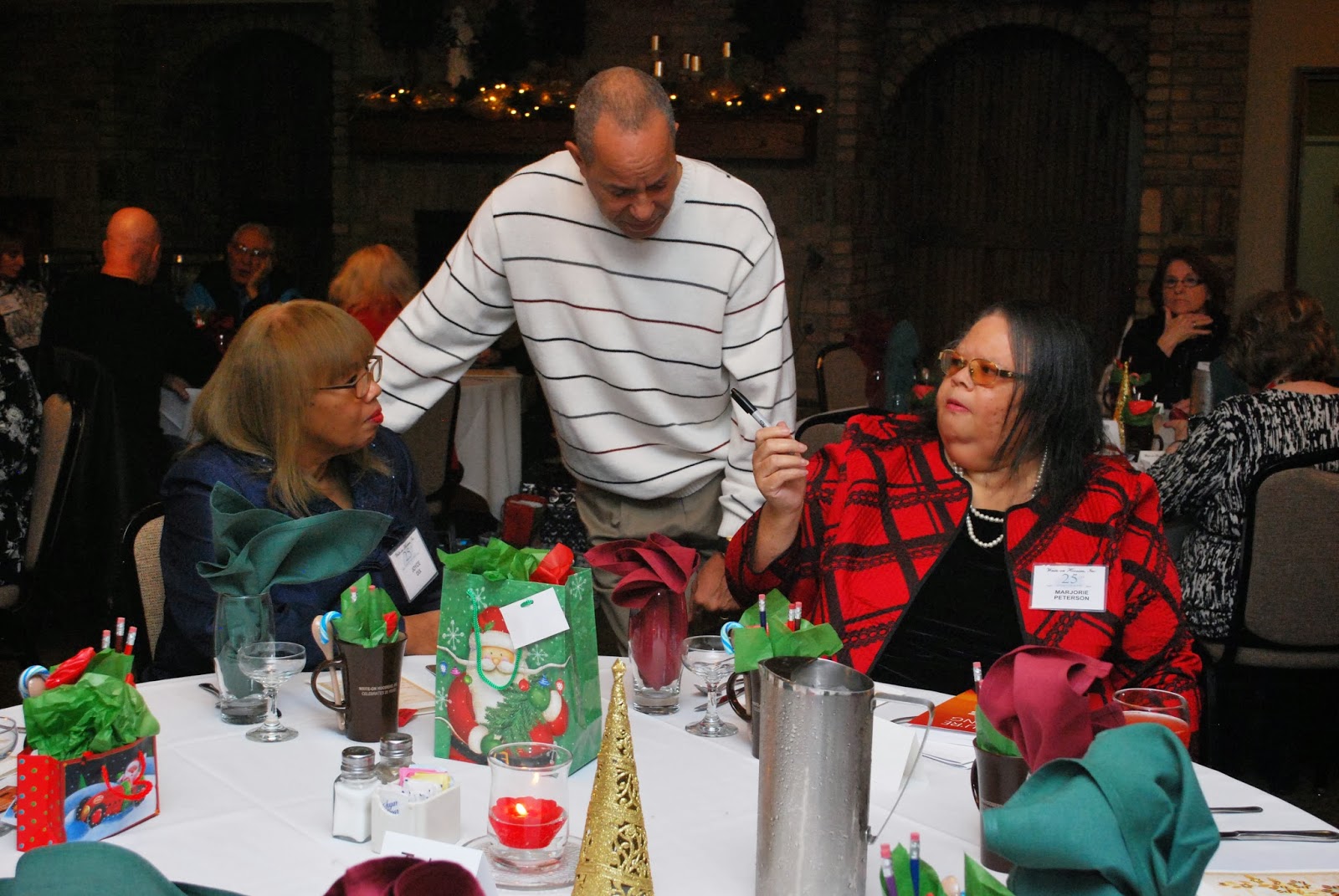 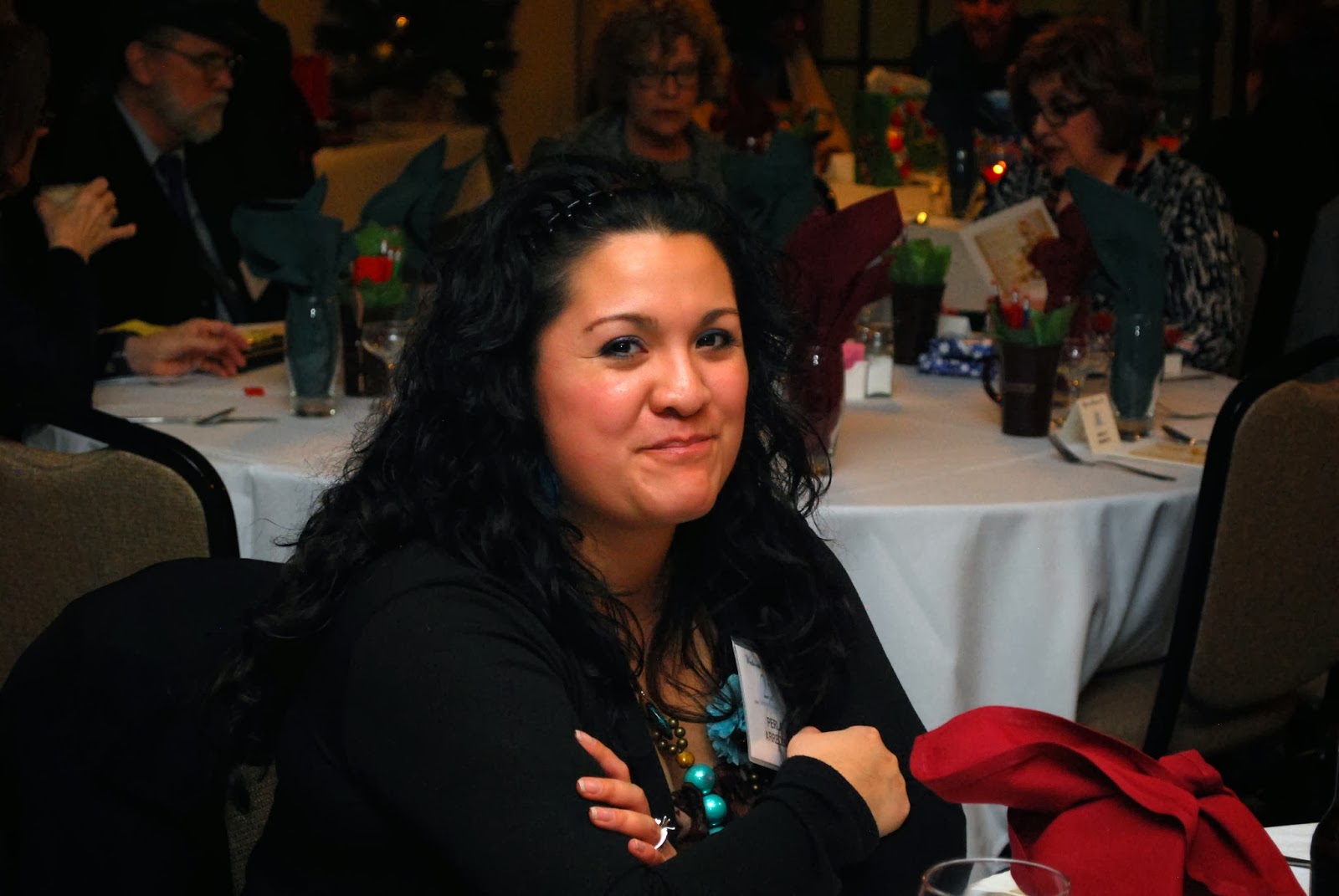 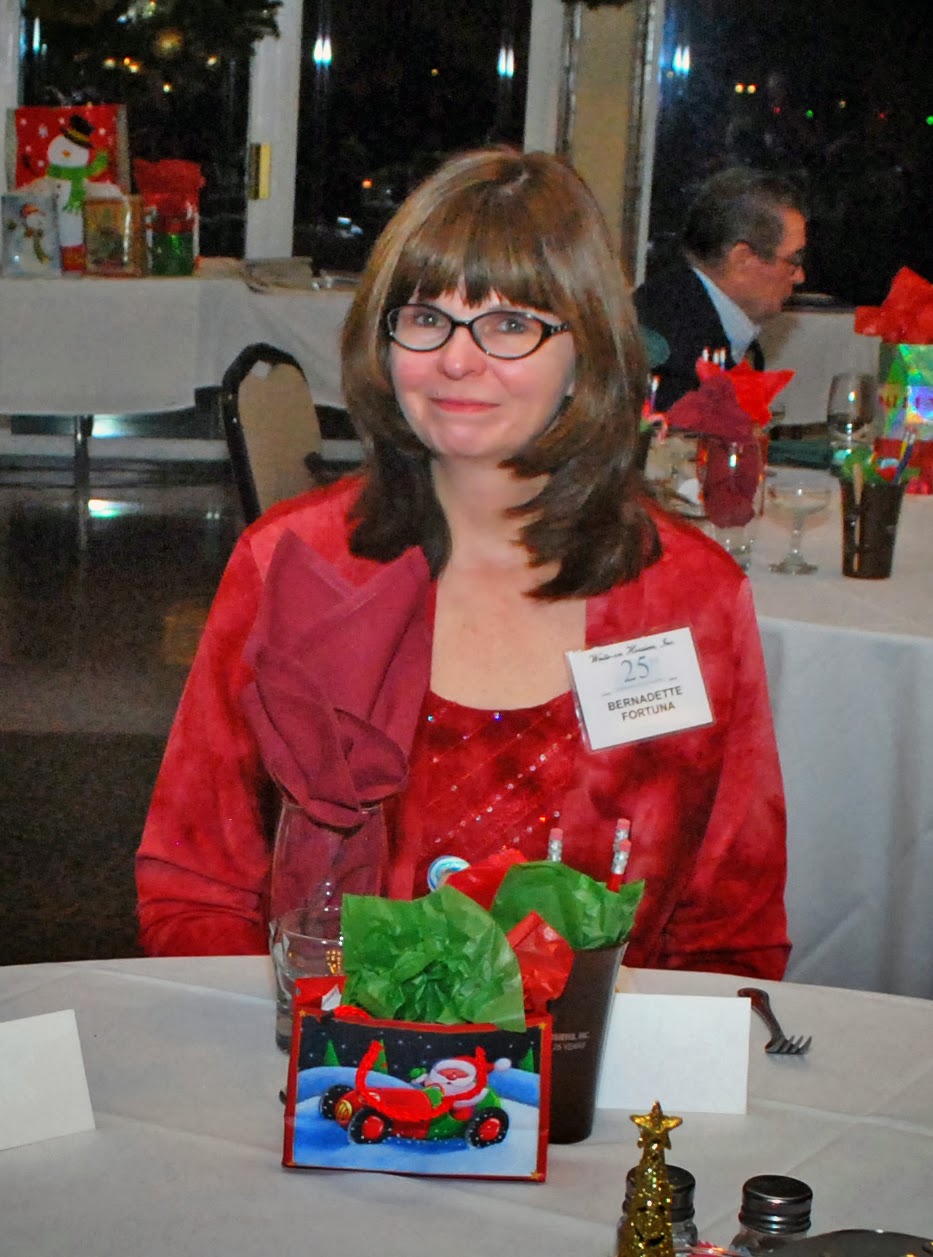 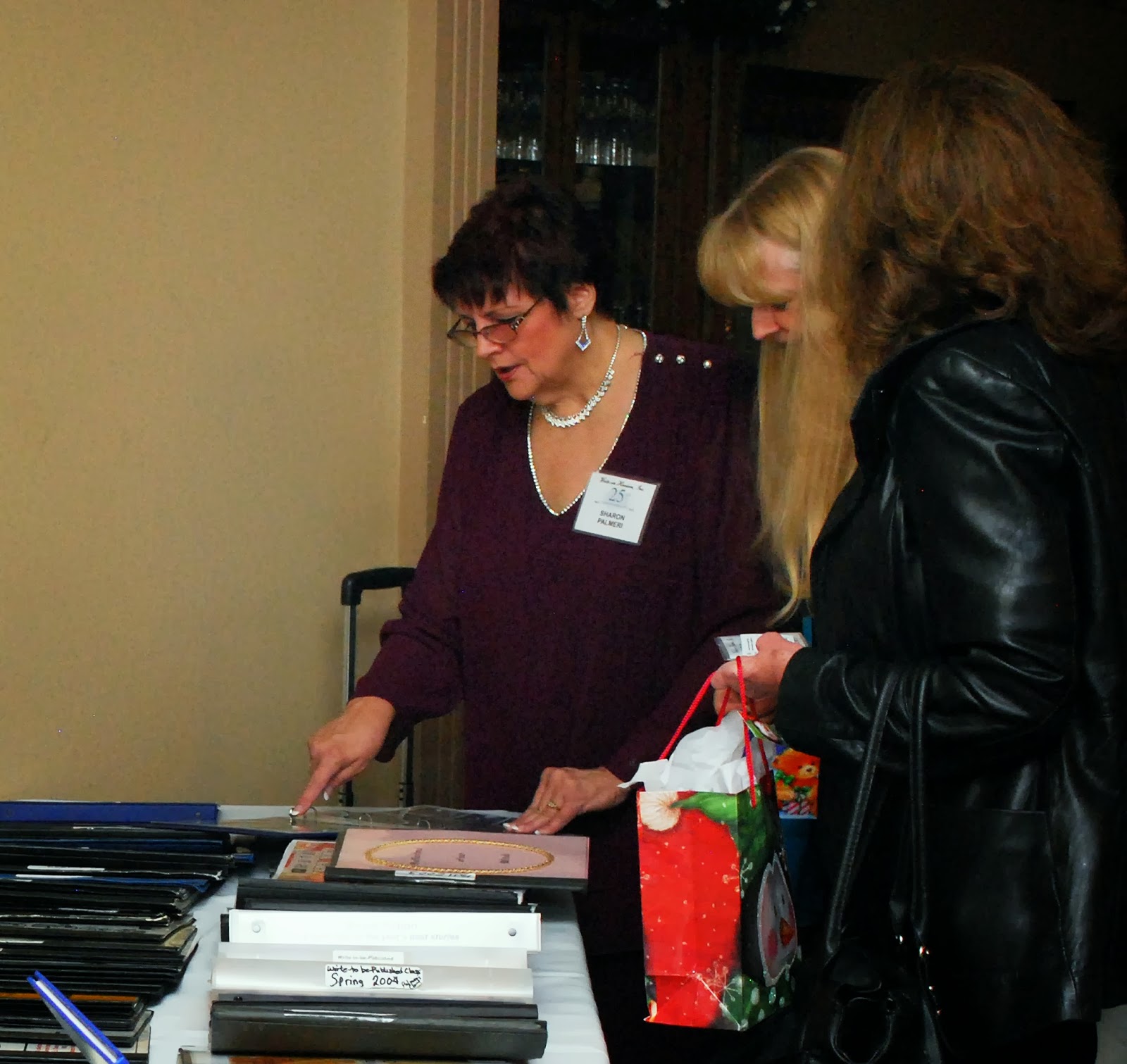 Sharon with two past students looking at class magazines 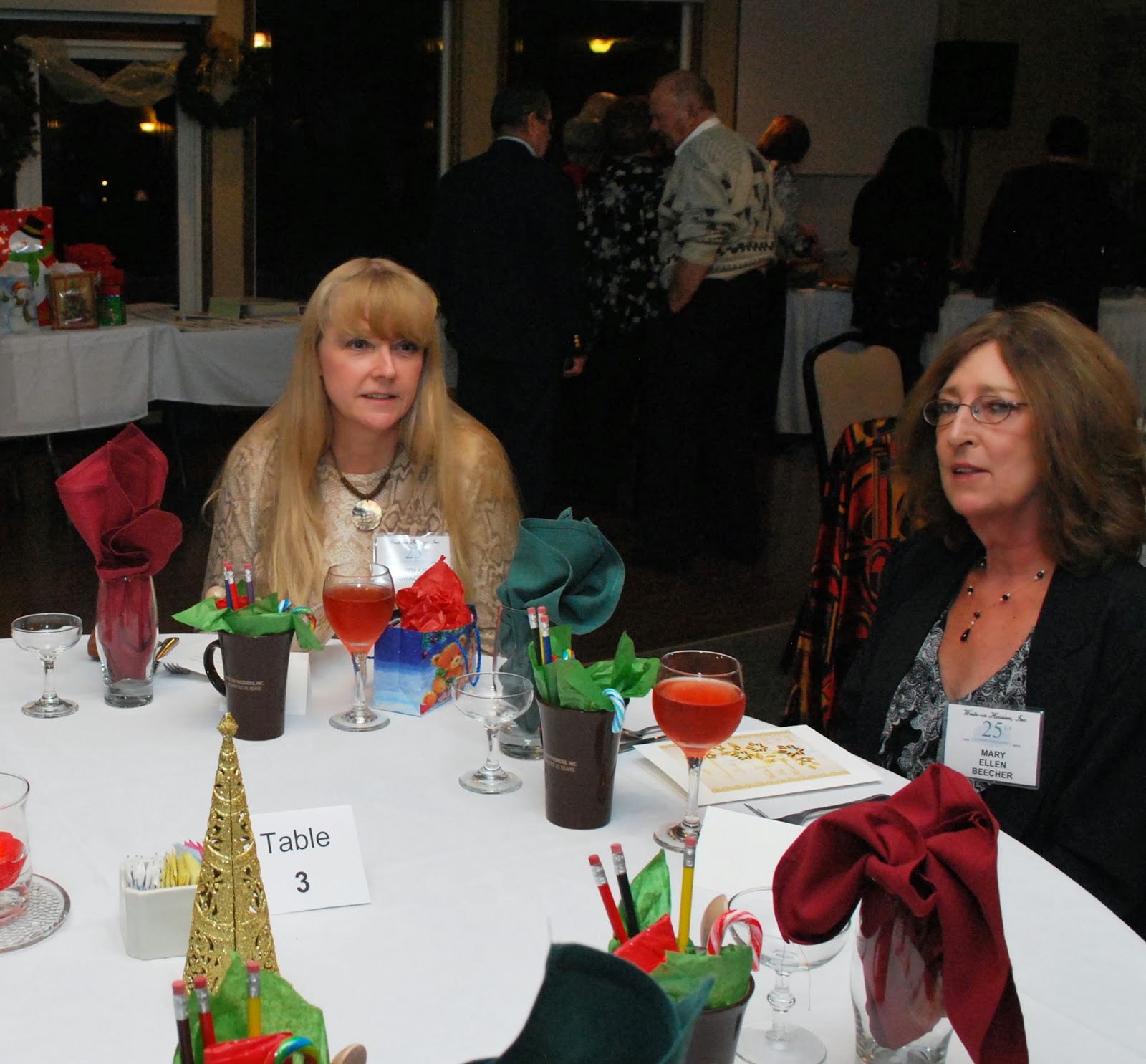 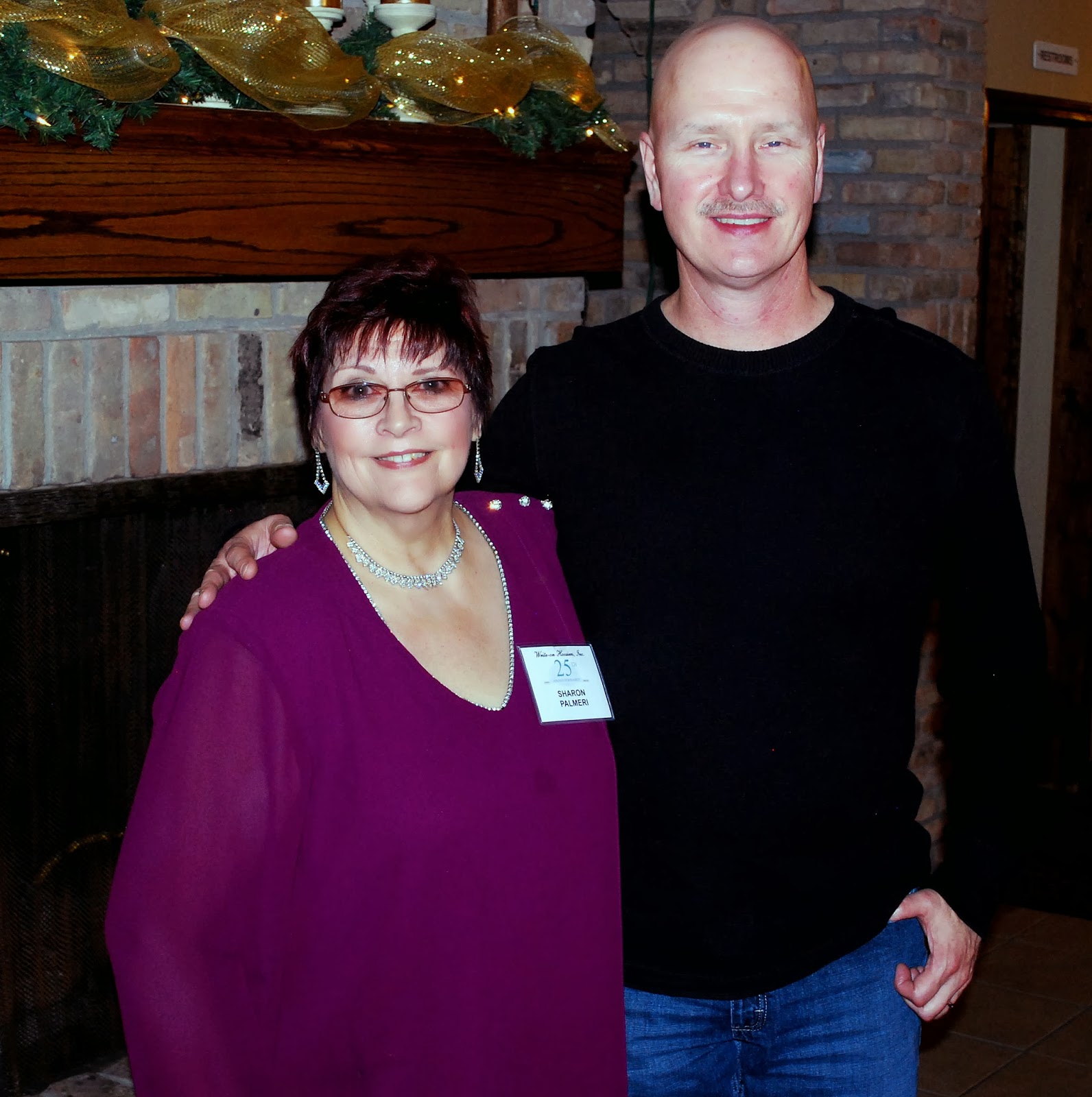 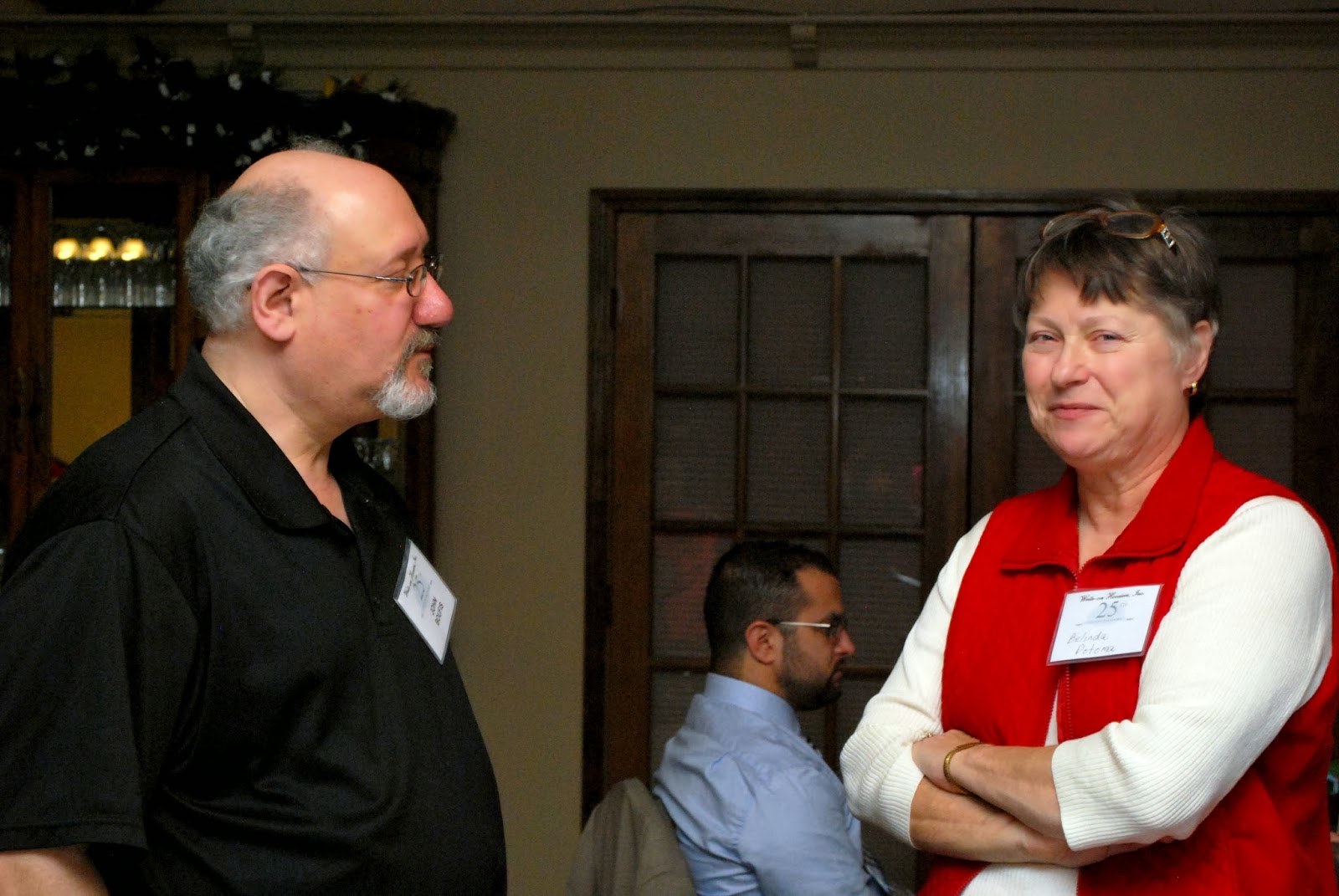 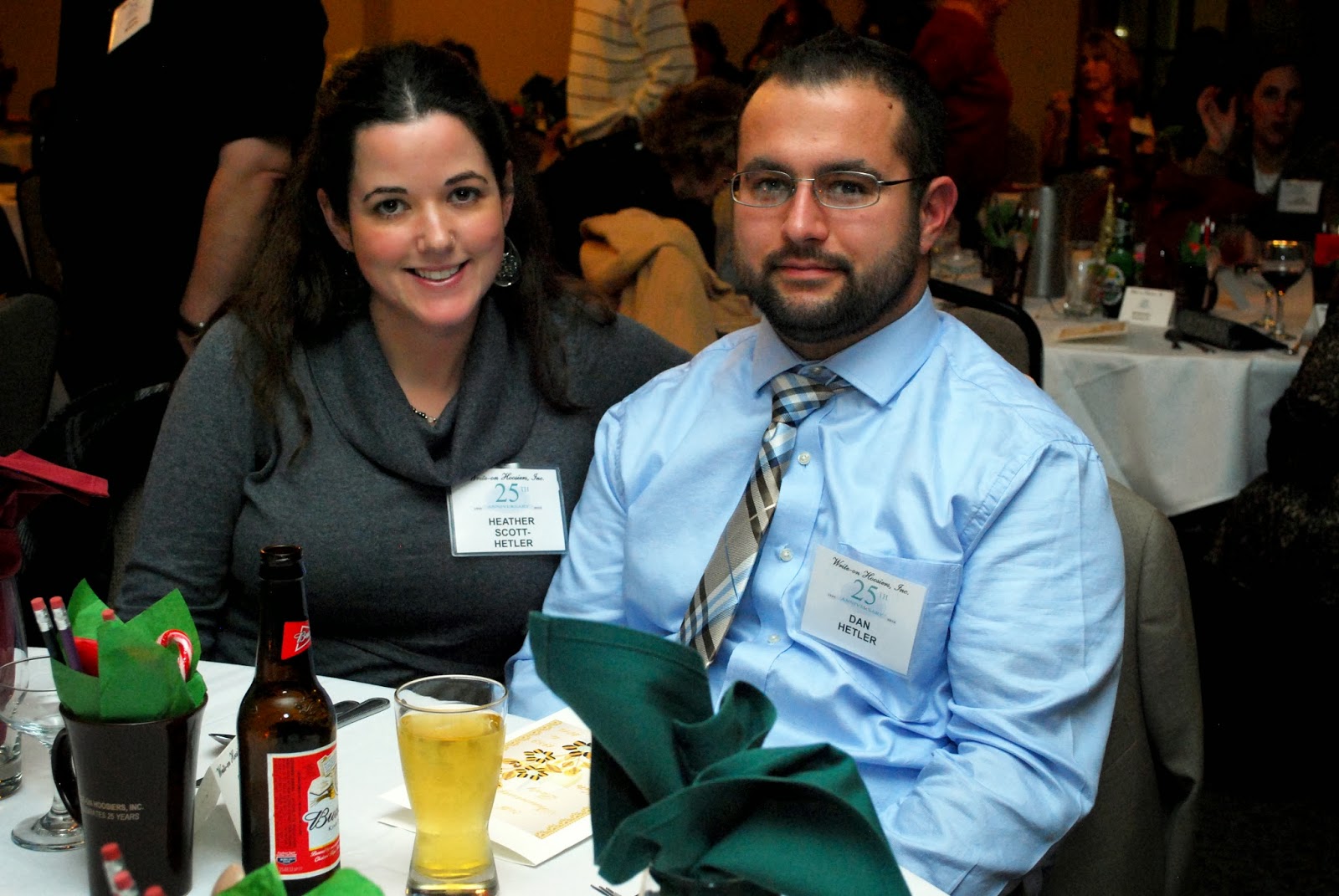 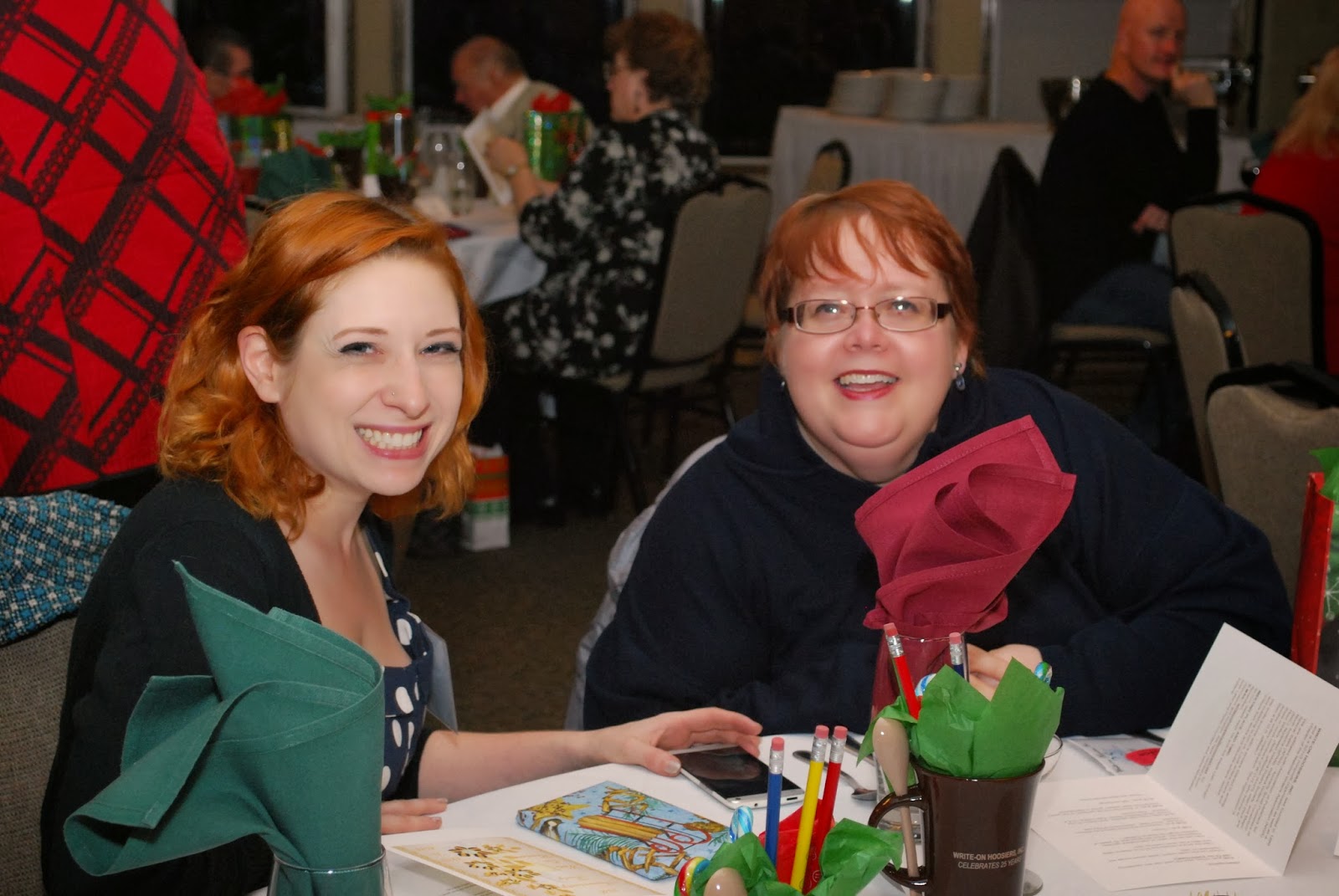 More photos are available in slide show at right side of page
Posted by Write-On Hoosiers, Inc. at Monday, January 06, 2014 No comments: