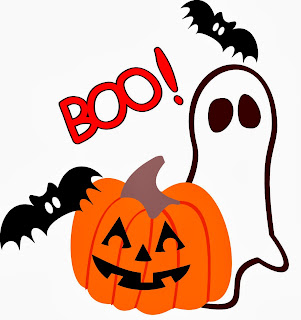 A vote of approval for the October 2, 2013 minutes was first given by BEVERLY STANISLAWSKI and seconded by DONNA DOUGLASS.

SHARON PALMERI stated that the Hoosier Horizon magazine was nearly 85% completed and will be ready for the 25th anniversary banquet on Weds. Dec 4. She also mentioned that she was still waiting for the last few releases to come in, as well as the pre-payment of the magazine.

KATHY FLOTZ stated that if any members were interested, a book discussion of a member’s published books would be held during the months of March, April and May 2014 at the Crown Point Community Library.  If you are interested please contact Barb Houk at 219-663-0270 or email: bhouk@crownpointlibrary.org.  This can be done during the day or evening – Kathy stated she would be doing her book in February.

MIKE MUSAK mentioned that he has been working online trying to find an agent for his book.

GEORGE MIGA talked of his experience finding an agent that was very helpful but had died before his book had been published.

DONNA DOUGLASS mentioned seeing the movie “Gravity.”  Though Donna did not think the movie had much of a plot another member stated she really enjoyed it.

MICHELLE VARGAS stated that the MacGregor LiteraryAgency was holding a marketing seminar on November 9, 2013.  If any member is interested she thought that the blog address was: macgregorliterary.com (see link above)

BEVERLY STANISLAWSKI read one of her award winning free verse poems entitled, “Marionette.” One of the restrictions in the poetry contest was that it somehow needed to pertain to strings.  In Beverly’s poem she related to the comparison of how a marionette was manipulated with strings and how our "Operator” “never let us go so far that He cannot pick us up again.”

DONNA DOUGLASS read four pages of her memoir, “Two Frenchmen in Geneva.”  The memoir told of  20 yr. old Donna staying in a hotel in Geneva and being invited to a dinner hosted by the World Peace Organization.  The dinner was in honor of her date for the evening; he was being honored for his work with the organization.

MIKE MUSAK brought the third part of his screenplay, “The Picnic.” After casting some of the members in various parts of the play, the story continued with some of the principle members of the company  being dropped off at the picnic in a limousine.  After the greetings the employees began telling of the outcome of all the illegal activities in the company.

SUZY STUEBEN read three pages of her continued story entitled, “Mrs. Walter’s New Pet.”  In this part of the story Mrs. Walter decided to make a trip to Indianapolis to purchase a new dining table.  She ended up bringing home a stone gargoyle.  After placing the gargoyle next to her garage door she began to discover that the gargoyle was shielding her and her house.

AUDREY WARZYNIAK read four pages of her continuing story entitled, “Returning Memories.”  In this part of the story her main character, Maggie, dies after having planned a reunion for all her friends.  The friends arrive shortly after her death and are told that it was too late to inform all of them; it ends with the friends trying to decide what they should do.

MARJORIE PETERSON, our new guest and author of two published books under the pen name of Kieja Shapodee, Written in Red Ink  and Broken Beyond Repair, read three pages of a new novel she has recently started At Sunset We Wake .  The story begins with a woman, Amanda, walking down a street when a man jumps out behind a dumpster blocking her way.  He continues to follow her and after telling her she will be his tenth victim she turns on him, telling him he will be her first.
The meeting was adjourned at 8:25 P.M.
Respectfully submitted: 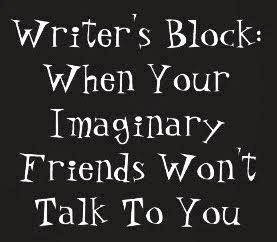 
OLD BUSINESS:
Approval of the minutes for the September 18, 2013 meeting was first approved by SHARON DORELLI and seconded by DONNA DOUGLASS.

NEW BUSINESS:
SHARON PALMERI clarified that we are still able to meet in the large meeting room at Chapel Lawn, as long as there is not a special event taking placing on the night of our meeting.  When Chapel Lawn is hosting an event, we will need to use the small meeting room.

MICHELLE VARGAS brought to our attention a Twitter site, Hashtag MSWL, where editors and agents list their “wish list” regarding what they currently are looking for from writers.

MICHELLE also questioned why we don’t publish Hoosier Horizon on-line.  SHARON PALMERI said we would need to check into the legalities.  Also, we are not certain if we will be continuing the magazine.

GEORGE MIGA told us about an old friend he worked with years ago.  George’s friend works in New York City and met with a TV producer who is interested in a book George wrote called, Great Gorillas.  Not only did he like the book, he is thinking about making it into a TV series.  George also shared that an agency in Chicago is interested in his book, Medal of Dishonor.
READINGS:

KATHERINE FLOTZ read a lovely poem about her granddaughter called, “Welcome to the World, Marin!”  The poem portrays Marin’s amazing journey through the seasons, beginning with her conception to the miracle of her birth.

DONNA DOUGLASS read four pages from her memoir called, “Two Frenchmen in Geneva.”  In 1965, a young, adventurous Donna has the opportunity to visit Geneva, Switzerland where she is “romanced” by two very different Frenchmen.  But is there a connection between the two men?  We are left with a cliffhanger as the older Frenchman, Francois Fondulae, is about to present Donna with a mysterious request.

KELLY CHASE read two pages from her story, “Stolen.”  Nineteen-year-old Cathleen Hogan finds herself in the middle of a Bond-like adventure regarding a stolen Egyptian artifact.  It all seems crazy to her, and she is afraid of worrying her parents and friends, yet she finds herself stepping into a mysterious, black car and being whisked away to the airport to continue her journey to meet the Director.

LAURIE CHASE read her untitled poem about discovering her true heritage.  After believing herself to be German all her life, Laurie finds documents revealing that her parents adopted her at birth.  Further investigation finds her birth parents to be Irish!

JANE BURNS read Chapter 11 of her novel, Atalanta.  Atalanta is on a journey to Calydon to deliver a message from the Sisterhood.  When she arrives in Lycuria, she meets an old man named Katabasos.  He is a sculptor and Atalanta’s sudden presence startles him causing him to damage the piece he is creating.  He reflects that perhaps the rock broke because he was trying to create something that was not in the rock.  “What will I do with this?” he asks Atlanta.
When Atlanta peers deeply into the rock she sees something terrifying.

ART WILKERSON read a story called, “Lessons from Old Pot Belly.”  Old Pot Belly was the stove that provided heat for Art’s family in the 1950s.  Caring for the stove and keeping the fire from going out was Art’s responsibility.  He learned a valuable lesson one night when he fell asleep while on duty.

MICHAEL MUSAK read six pages from his play called, “Lucky Day.”  The story is about a man named Joe who is waiting for his lucky day to arrive.  His friend, Randi, is always nagging  him about how he doesn’t do anything to help better himself and how hard she has worked to get where she is today.  Joe finally does win the Lotto, and the story continues to tell us how winning the Lotto affects both Joe and Randi.

SHARON DORELLI  read two pages of her memoir, “Living with a Sociopath.”  Her story tells us of a choice she made as a young woman – a choice that would take her down a road that she thought only existed in nightmares.